Hagerty’s Reggie Horning blogs about the man from Motion who earned his cred the old fashion way – a quarter-mile at a time – and the Supercars he built between 1967 and 1974! 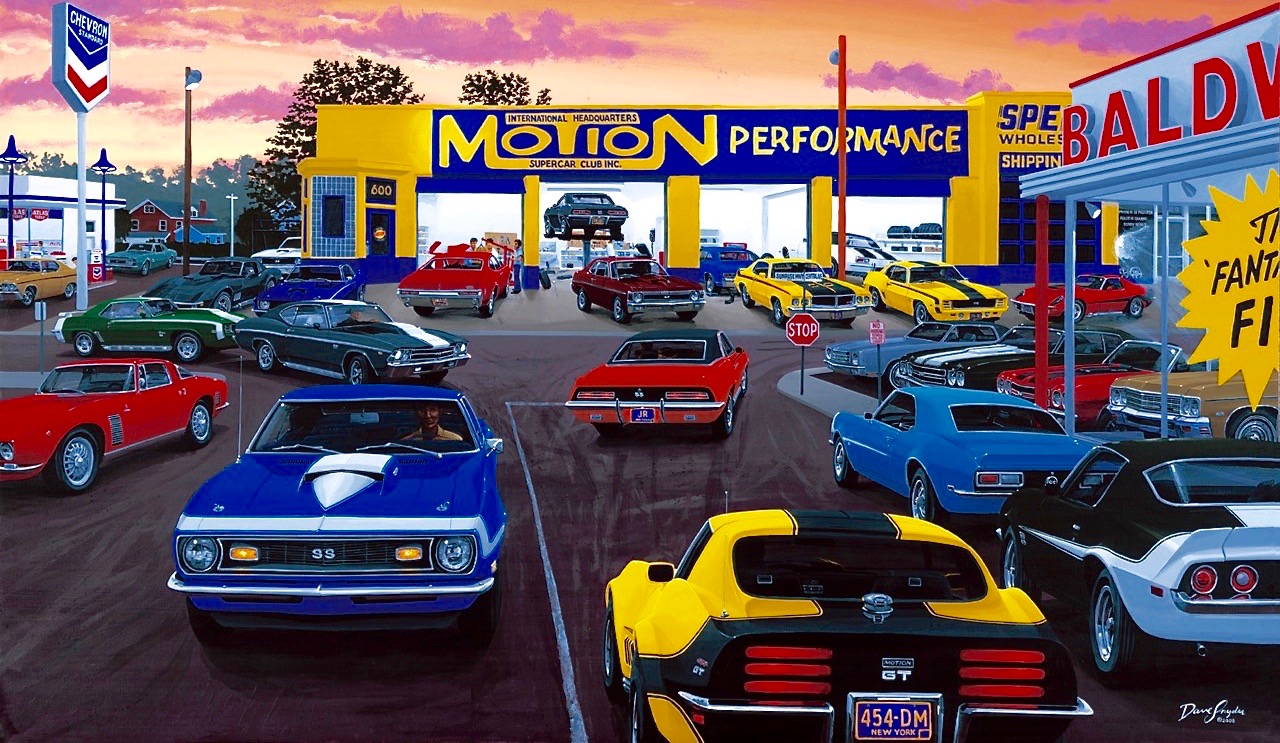 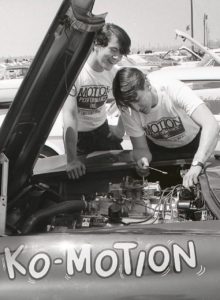 If you lived in Brooklyn in the early-1960s and drag raced a fuel-injected Corvette or a Chevy powered by a Rochester-injected small-block, you would’ve known Joel Rosen, right w/”Astoria Chas” Snyder, tuning Chas’ Corvette. He owned Motion Performance, a local speed shop known for his dynamometer tuning of record-setting Chevys. Rosen was the go-to guy for go-fast performance. In 1967, Joel Rosen and Motion Performance, now located in Baldwin, LI, NY, partnered with Baldwin Chevrolet to build 427 Chevy Supercars. The rest is history.

Among the dealership-based supercar builders of the 1960s and 1970s—including Yenko, Nickey, Grand Spaulding Dodge, and Royal Pontiac (to name a few)—the most outrageous builder of true street terrors was Baldwin-Motion. Taking nothing away from the Grand Spaulding 1967 Dart GSS or Yenko COPO Camaro, the Baldwin-Motion cars were on a whole different level with their made-to-order custom builds.

Most performance enthusiasts in the 1960s and 1970s would purchase a new muscle car, bring it home, and immediately add a set of wheels along with a bevy of speed parts meant to enhance performance and make the car their own. These homespun transformations, usually carried out right after the car was purchased new, are known as “Day Two” cars in today’s muscle car market. 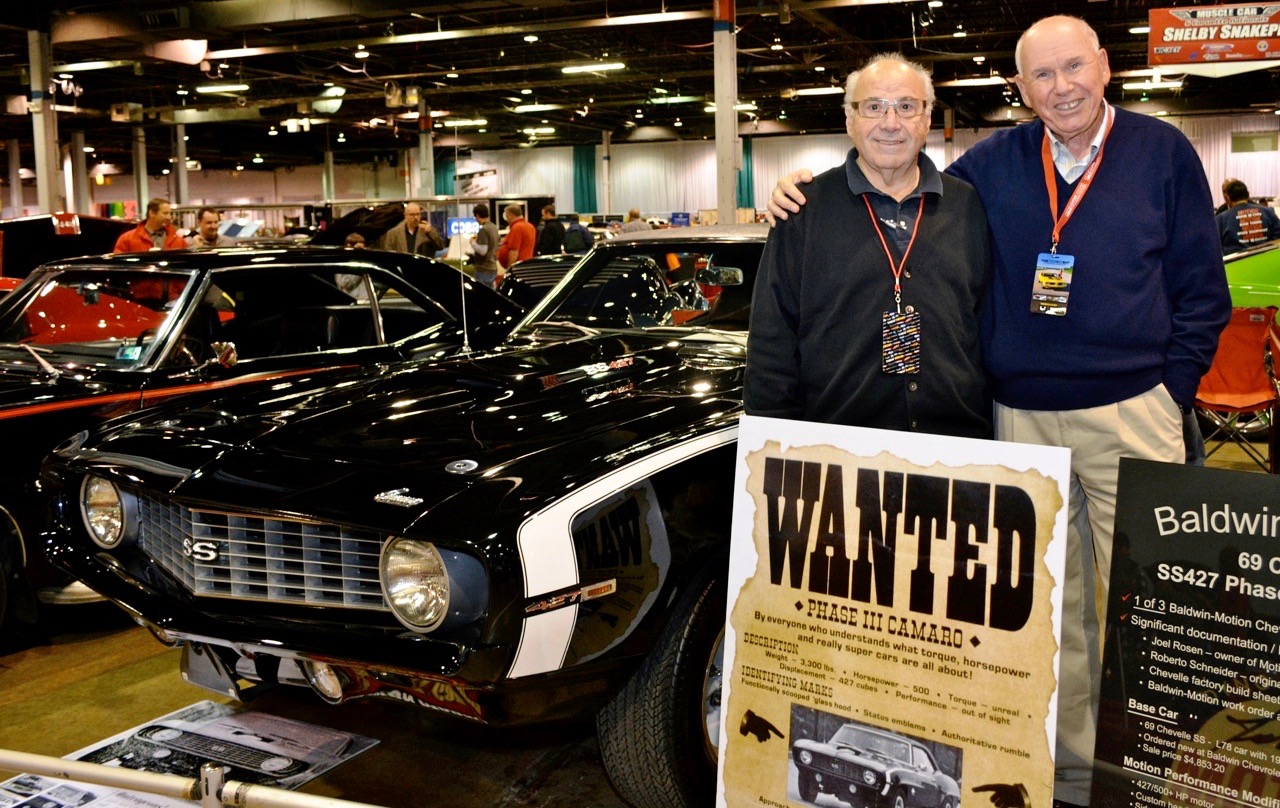 However, there was a learning curve with these back-alley builds. Some projects went backward in performance when these modifications and upgrades were not professionally executed. Such modifications also could negatively affect a car’s handling, drivability, and value. The demand for proper, professional Day Two experts emerged. Enter JOEL ROSEN: BALDWIN-MOTION SUPERCARS. The late Joe Oldham with Baldwin-Motion co-founder and friend, Marty Schorr, right, with Oldham’s Baldwin-Motion  SS427 Camaro Tribute. Oldham’s original ’69 SS427 Camaro was showcased in some of Baldwin-Motion’s most memorable advertising. 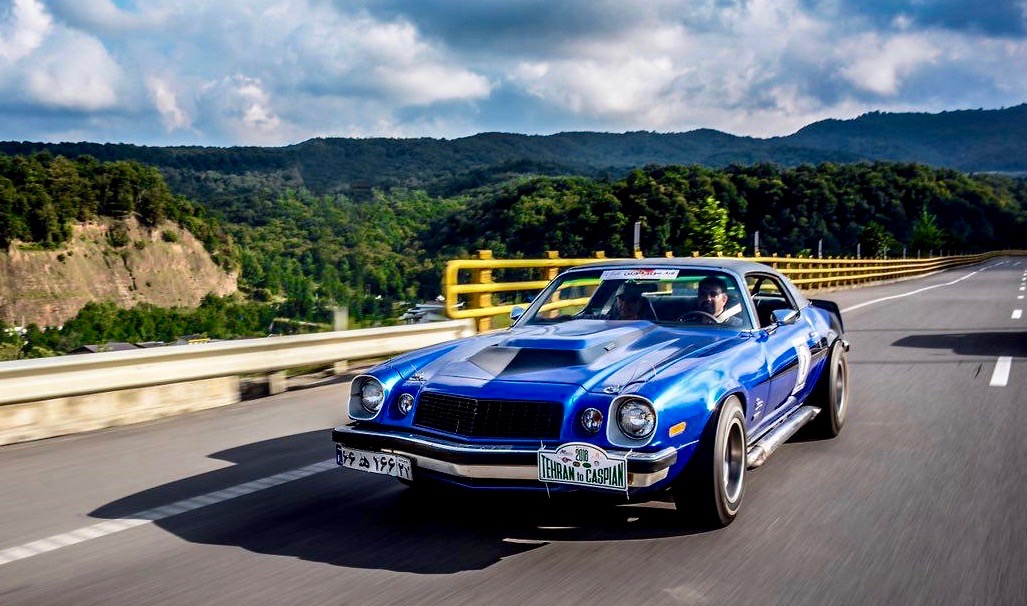 Most of the Supercar dealerships of the muscle era essentially provided a stock-bodied vehicle with plenty of extra horses, using either a highly tuned factory power plant or a high-performance crate engine. Baldwin-Motion took new Chevrolets, sold through Baldwin Chevrolet in Baldwin, New York (Long Island), and then delivered them to Joel Rosen’s Motion Performance speed shop (also in Baldwin), where they became street-legal, turnkey drag cars. Many were exported to Europe and the Mideast, including Phase III 454 Camaro, above, still being driven in Iran! The partnership between the two companies would allow any client to buy a built-to-order street machine, limited only by the buyer’s imagination and financial resources. Some of these cars even came with a written, money-back, quarter-mile performance guarantee. 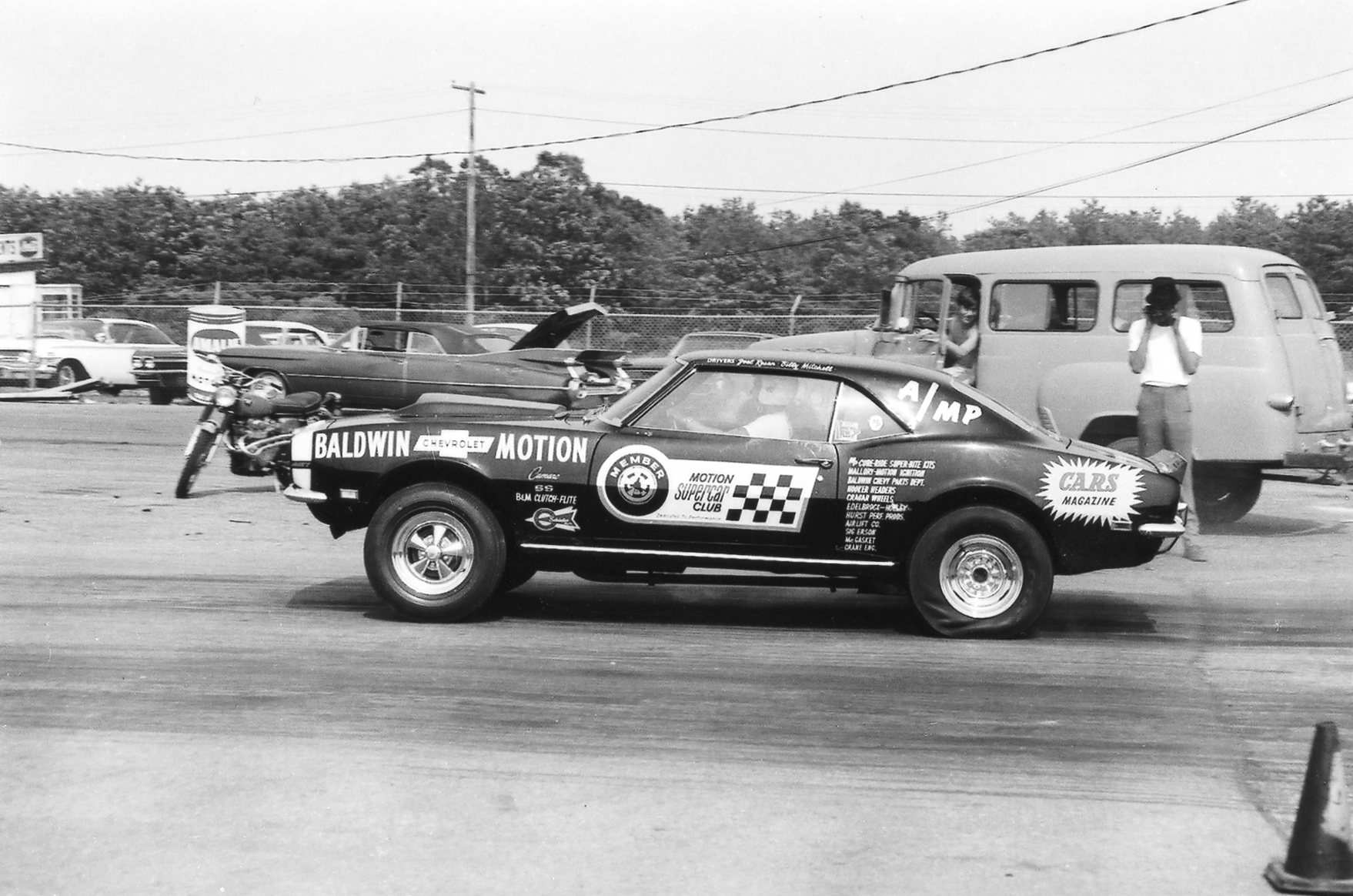 The partnership’s humble beginnings set it apart from other contemporary Supercar dealerships. Rosen’s Motion Performance shop had a strong reputation among East Coast racers, and he had successfully campaigned a 289 Cobra on the drag strip. Bill Mitchell, above, warming up the tires on the NHRA A/MP national record-setting 1968-1969 Baldwin-Motion 427 Camaro. Rosen was also known for his ‘63 Chevrolet FI split-window Corvette and raced across multiple venues: drag racing, hill climbs, gymkhanas, rallies, and ice races. Despite this strong performance resume, Rosen had no contacts with General Motors or any performance subsidiaries affiliated with the automaker. 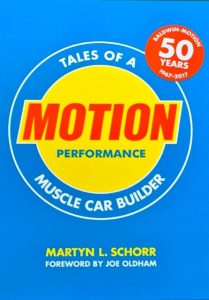 The history of JOEL ROSEN: BALDWIN-MOTION SUPERCARS, and all Motion-related performance projects are documented in MOTION Performance, Tales Of A Muscle Car Builder, written by Martyn L. Schorr, co-founder with Joel Rosen of the Baldwin-Motion brand: