Skip to content
Originally raced by Juan Manuel Fangio and brought to the U.S. by Sarasota Café Racer Bill Tracy in the 1970s, C-Type wins its class in the Legend marking its
22nd award in 25 races. 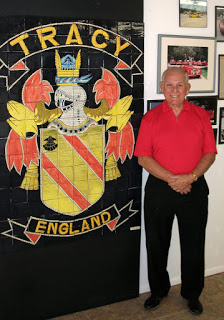 The unstoppable ex-Fangio C-Type took home a class win at the Le Mans Legend this year, followed by the team’s Jaguar T33 in second place. Taking its 22nd award in 25 races, the team’s C-Type is unrivalled in historic racing events today. Currently owned and raced by JD Classics, the bronze C-Type Jaguar had originally been raced in South America by Fangio. Bill Tracy, left,  was an airlines Captain in the early-1970s when he discovered the C-Type on a trip to Argentina. It was not running and in need of a full restoration. In 1976, Tracy and his wife, Jackie, drove their restored C-Type around Laguna Seca and reunited Fangio with his Jaguar racecar. That year Jaguar was the featured marque at the racetrack. 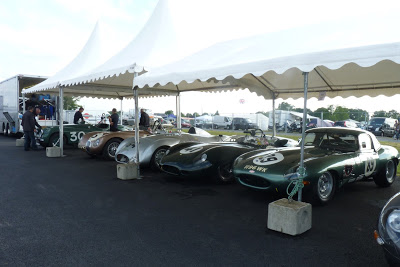 Not far behind was the team’s Lightweight E-Type driven by Steve Soper, which qualified in 12th place, followed by the ex-Fangio C-Type with John Young at the wheel and the Cooper T33 driven by JD Classics’ Managing Director Derek Hood. Wil Arif in the team’s XK120 rounded out a strong qualifying performance.

Three GT40s led the pack as the race got underway with a rolling start, and Chris Ward drove the Lister-Costin brilliantly up to fifth place, despite being down on power compared with the cars ahead. An issue with the car saw the Lister-Costin fall back down the field while the other JD Classics’ entries battled hard in the top half of a competitive pack. After four laps, JD Classics had performed the mandatory minute-long pit stop on all their entries, leaving them to race to the finish line.

It was the Lightweight E-Type that came home first, rounding out a top 10 that included seven of the much more powerful GT40s and Cobras. The ex-Fangio C-Type topped its class with the Cooper T33 coming in just behind, giving JD Classics an incredible one-two finish in the 1949-1954 class. It’s the latest in a series of impressive finishes for JD Classics this year, including a win for its ‘74 Ford Cologne Capri at the Spa Classic.