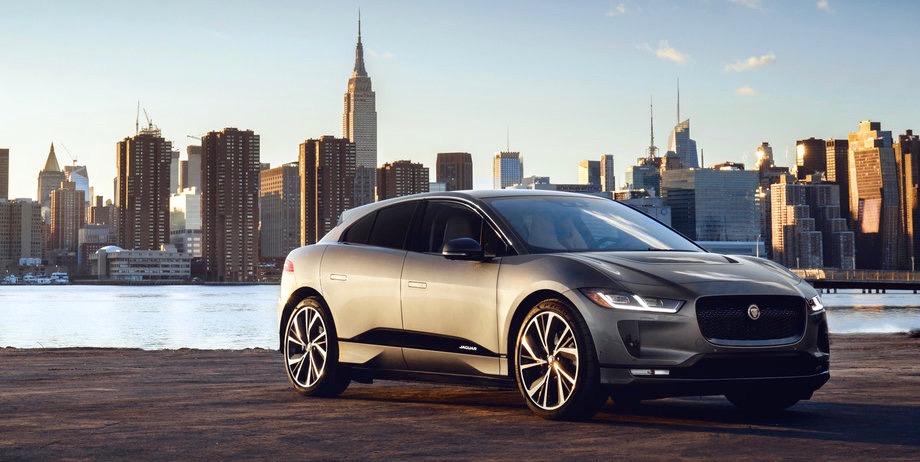 The road to the World Car Awards journey concluded today with a grand finale awards ceremony and press conference that opened the New York International Auto Show. The Jaguar I-PACE won three 2019 award categories: Overall World Car of the Year, the World Green Car and the World Car Design of the Year.

This is the first time in the World Car Awards’ 15-year history that one-car has achieved a win across three categories. It is the second time in 15 years that one company has achieved a triple-win. Mercedes-Benz previously attained this honor in 2015.

Jaguar Land Rover (JLR) has historically done very well in the World Car Design of the Year category. 2019 marks the third consecutive Design win for the company and the fifth time overall having won the World Car Design of the Year award in 2018 (Range Rover Velar), in 2017 (Jaguar F-PACE), in 2012 (Range Rover Evoque) and in 2013 (Jaguar F-Type). No other car manufacturer has achieved this number of Design wins. 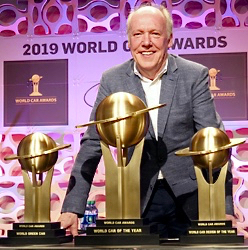 Ian Callum, Jaguar Director of Design, right, who was in New York to accept the awards, said: “Designing Jaguar cars is probably the best job in the world, and I can honestly say that no other project I’ve worked on has been as rewarding as I-PACE. Electric vehicles offer designers unprecedented freedom to rethink the proportions, the profile and the packaging, and it’s an opportunity that my team has exploited in full. Winning the 2019 World Car Design of the Year award, as well as World Car of the Year and World Green Car, is true recognition for their achievements.”

Prof. Dr. Ralf Speth, Chief Executive Officer, Jaguar Land Rover, said: “It is an honor that the Jaguar I-PACE has received these three accolades from the prestigious World Car jurors. We started with an ideal, to move towards our Destination Zero vision; zero emissions, zero accidents and zero congestion. I-PACE is our first step to achieving this, and it was conceived when EVs were little more than a niche choice. So we started from a clean sheet of paper to create a new benchmark – the world’s best premium electric vehicle, and a true Jaguar driver’s car.”