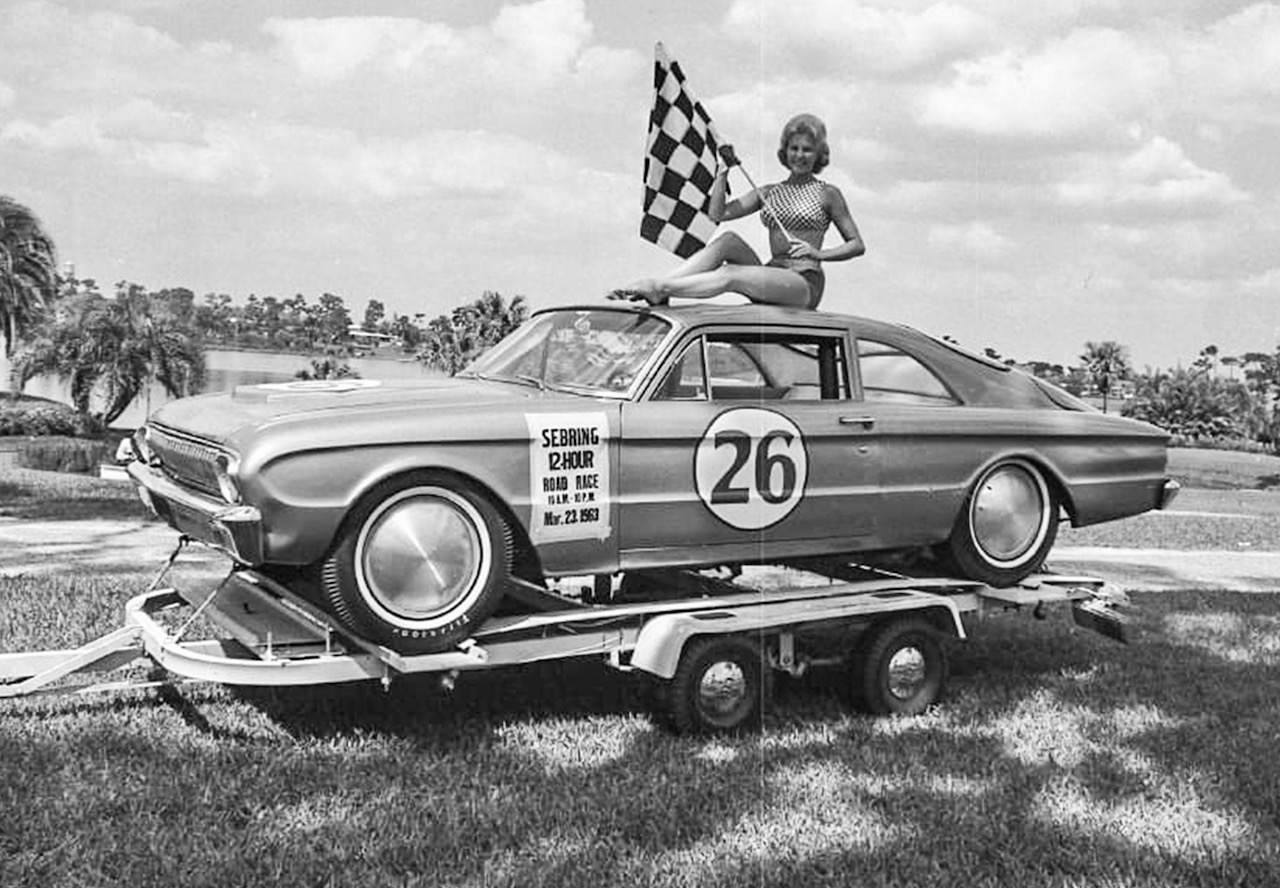 John Holman and Ralph Moody’s stock car factory in North Carolina turned three Falcon Futura econocars into road racing screamers and the third, featured here, was the most radical, most potent of the series. They had high hopes of building a limited run of Challenger III Falcons and marketing them through Ford dealers. Unfortunately, that did not happen. 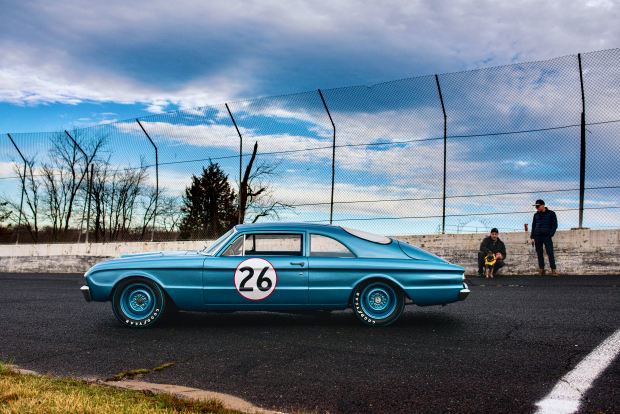 Like Colin Chapman, they believed in “adding lightness” which accounts for Challenger III’s aluminum doors, and hood and trunk panels. The icing on the cake is its aluminum fastback roof, fabricated by HM’s Lujie Lesovsky, best known for the 1967 Coyote that was driven by A.J. Foyt to an Indy 500 win. Window glass was replaced with flush mounted Plexiglass. Ready to race, the Challenger III weighed in at 2,200 pounds and had a top speed of 145 mph. Under the alloy hood rests a blueprinted 289 small-block rated at 300 horsepower and bolted to an aluminum-cased B-W T-10 four-speed. 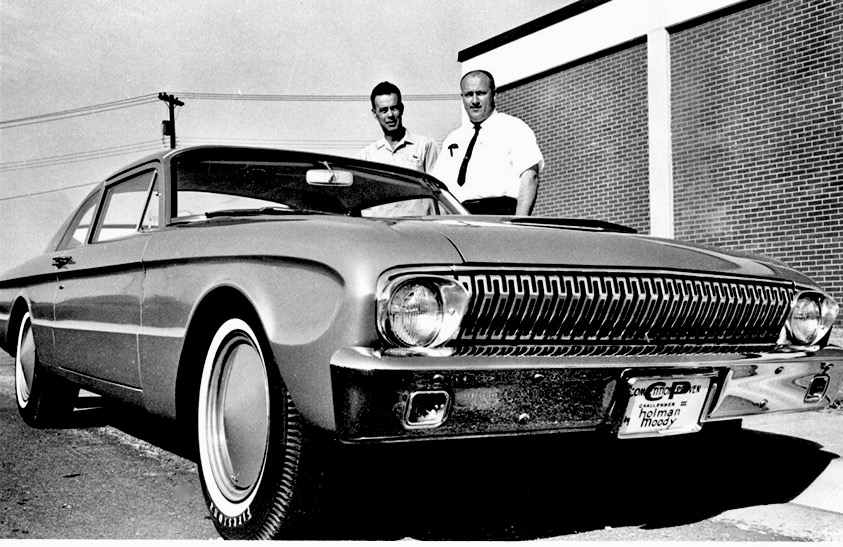 John Holman, right, and Ralph Moody with one of the Challengers in 1962

My pal and serial blogger, Jim Donnelly, writes about Challenger III, brought back to life for noted collector and historian – Howard Kroplick – by the artisans at Rob Ida Concepts. His feature can be found at https://jimdonnellyonwheels.com/2022/04/10/a-ford-rarity-for-the-race-track/ 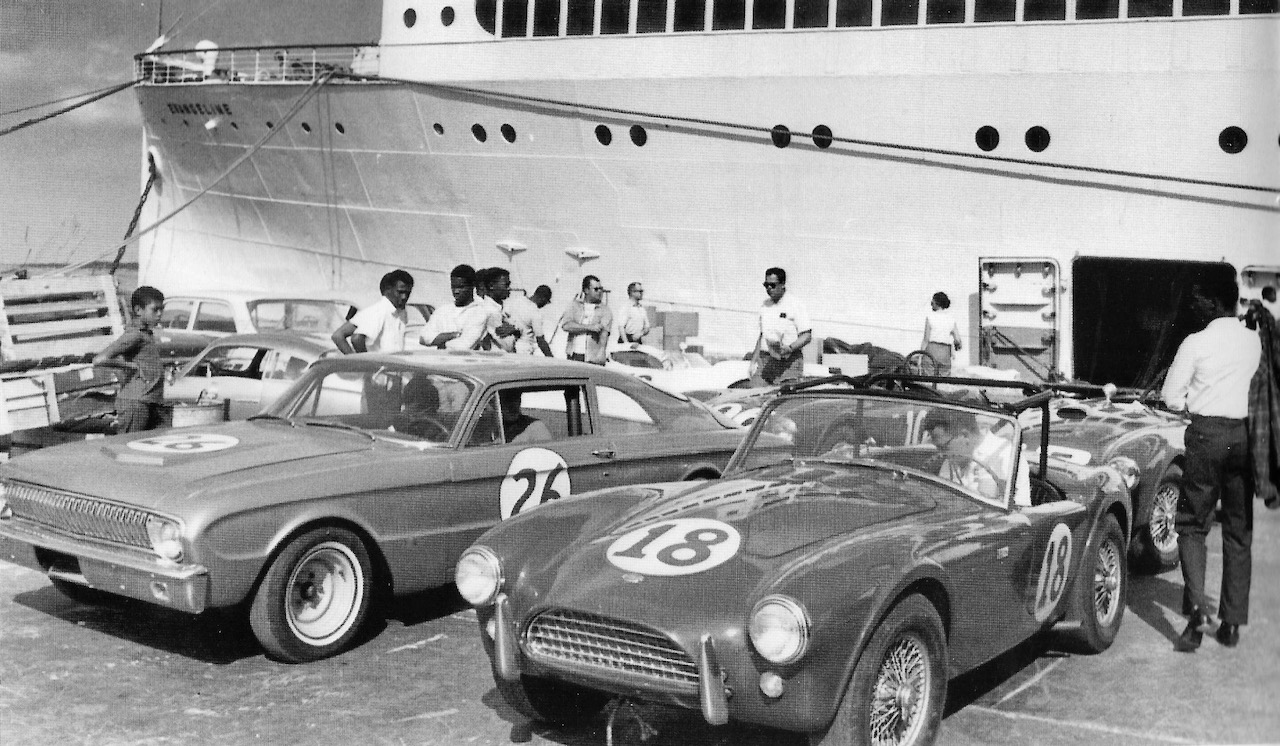 For more information about the four-wheeled art created by Rob Ida and his team at Rob Ida Concepts, please visit https://robidaconcepts.com/