Skip to content
The Amelia Island Concours d’Elegance honors and commemorates the 50th anniversary of the incredible Ford GT40 today. 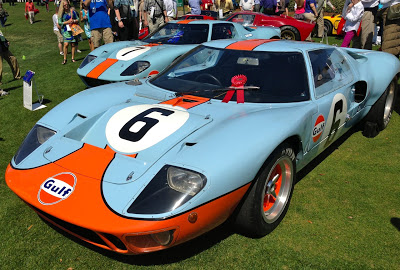 In 1962 Henry Ford II, grandson of the Ford founder and chairman of the world’s second largest automaker, was rebuffed at the last minute when he tried to buy Ferrari. To Henry Ford II that made it personal. When the deal fell through Ford set in motion a plan to beat Ferrari where it mattered most: the 24 Hours of Le Mans. 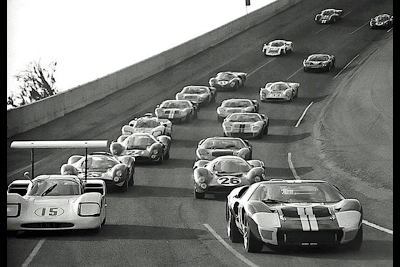 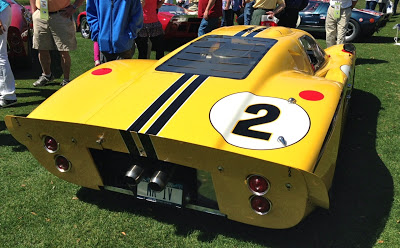 The 200 mph GT40’s first world championship victory came early in 1965 on home ground, winning the 2000-Km Daytona Continental. But victory at Le Mans would have to wait one more year. On June 18, 1966 a Ford GT40 MkII driven by New Zealanders Bruce McLaren and Chris Amon led a three-car Ford sweep of the world’s most famous, important and marketable sports car race. Ford GTs won Le Mans in 1966, 1967, and 1968 and 1969 ending a decade and a half of Ferrari dominance in the 24-hour French enduro. As a bonus the GT40 also won the 1966 and 1968 International Championship of Makes. Henry Ford II had made his point. 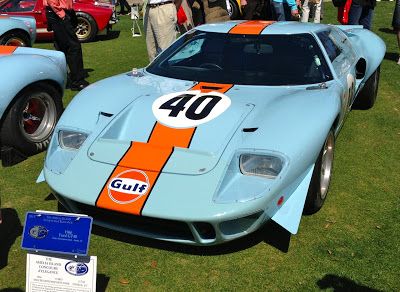 The GT40’s reign at Le Mans was as glamorous as it was brief. On June 15, 1969 a GT40 wearing the famous blue and orange of Gulf Research Racing became the first car to win the 24 Hours of Le Mans twice in succession. In nearly a century only three cars have earned that lofty distinction. The 1968/1969 Le Mans winning GT40 is part of the Ford GT40 Le Mans team wearing Gulf Research Racing’s famous blue and orange colors is the centerpiece of the 18th annual Amelia Island Concours d’Elegance today.