Corvette Report’s Scott Teeters blogs about a customized ’69 Corvette that is still turning heads – and winning awards at Corvettes at Carlisle – more than half-a-century later. It’s a CORVETTE STINGRAY, STILL COOL AFTER ALL THESE YEARS! 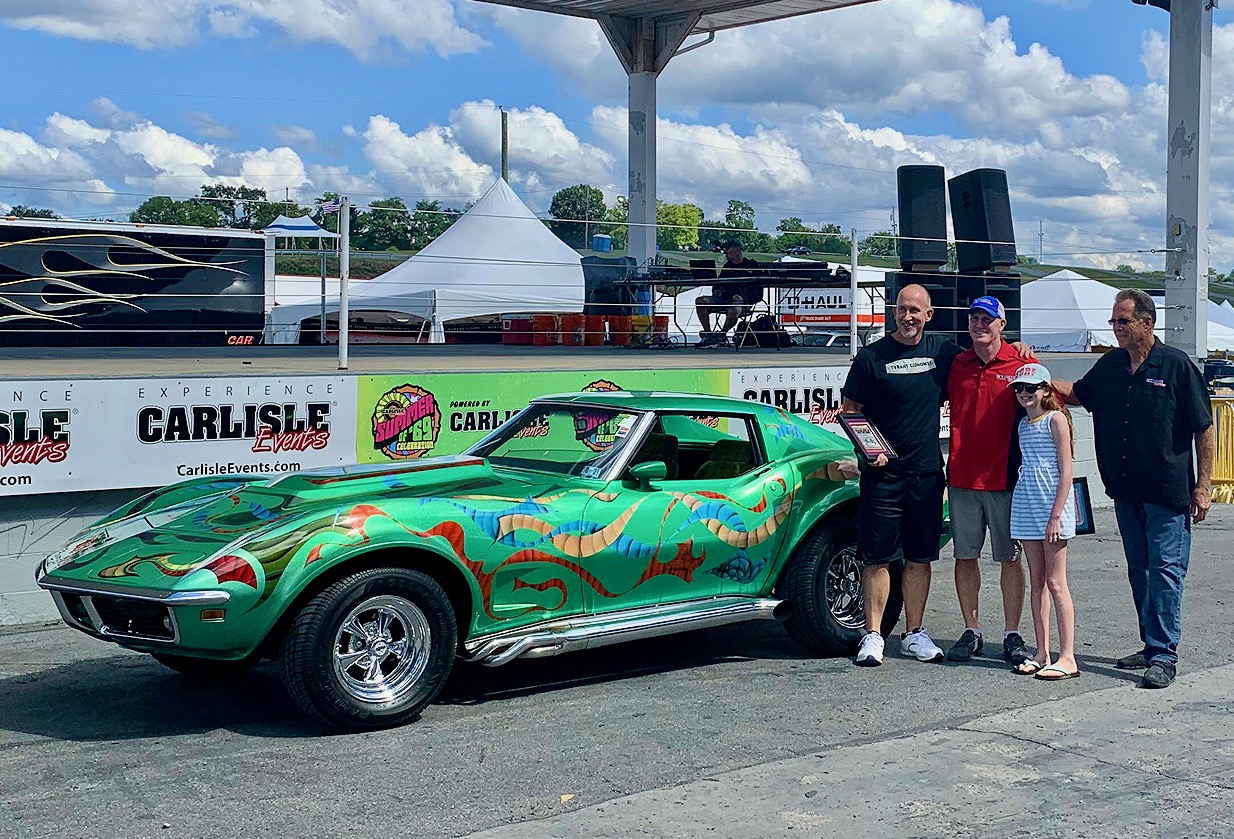 While custom cars go all the way back to the early days of the automobile, it wasn’t until after WW-II when the emerging car culture took America by storm. Creative backyard mechanics started customizing their own cars and created the Custom Car Culture. The tricky thing about custom cars is that it is totally subjective. “Beauty” is truly in the “eye of the beholder.” One person’s “Dream Car” is another person’s nightmare. (What did you do THAT for???) In the 1950s car customizers emulated Detroit designers – restyling existing cars in the manor of how they thought the car should have rolled off the assembly line. 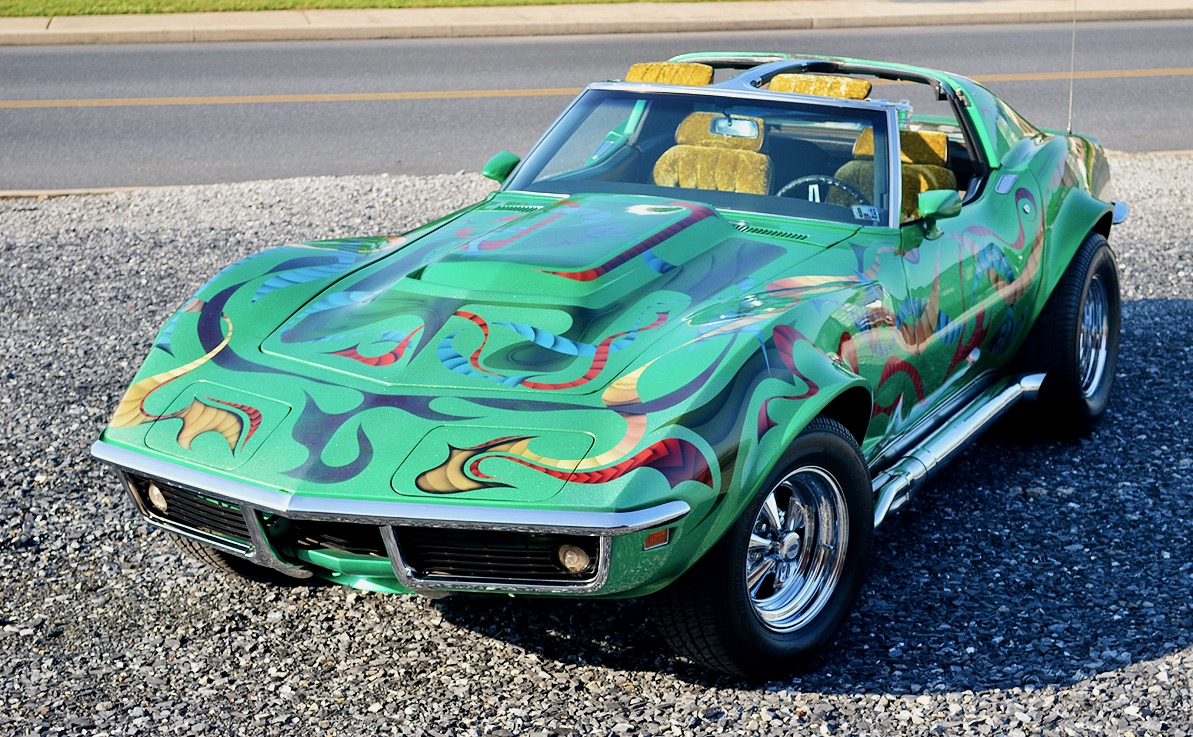 In the late 1950s Ed “Big Daddy” Roth helped usher in the “Kookie Krazy Kustom Kars Kraze” with his bubble top “Outlaw” roadster. Ed also launched a line of tee shirts called “Weirdo Shirts” with his lead character, the “Rat Fink”, Ed’s Anti-Mickey Mouse character. Car magazines such as Car Craft, Popular Hot Rodding, Hot Rod, and others inspired tens of thousands of guys to build, draw, or just admire custom creations that were light years away from the early days of the custom coachbuilder.

The challenge within the custom car scene is that trends and tastes are constantly changing. What was “neat-o-cool” in 1962 wasn’t so “groovy” in 1972. While a few guys were still building traditional customs, the trend in the early 1970s was personalization customization and Pro Street cars. This was the era that Kevin Livering, of Lebanon, PA grew up in.