Skip to content
Renaissance man Peter Brock has been there and done that; his new award-winning book takes you into the styling studios that created the Corvette Sting Ray. 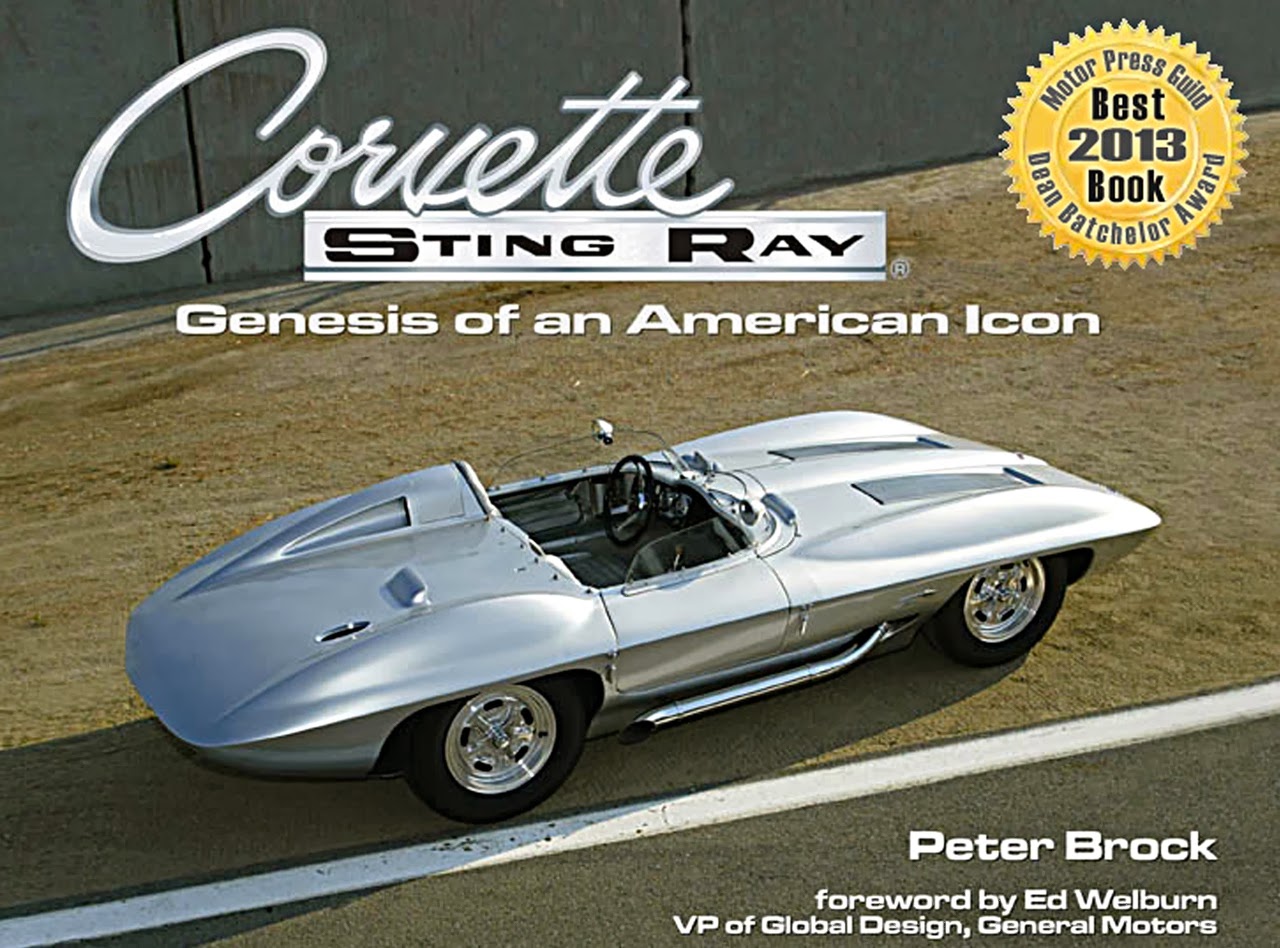 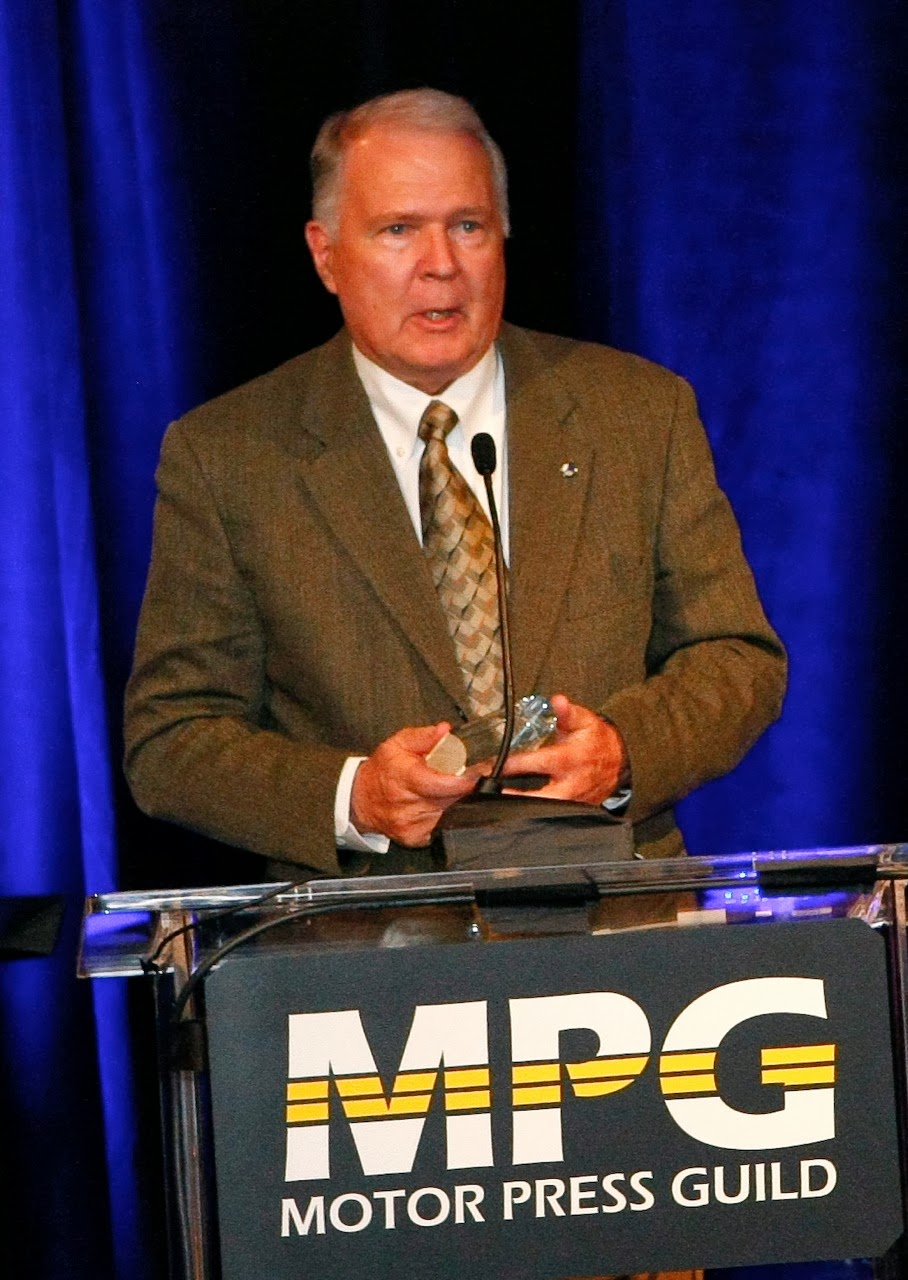 Peter Brock, a totally consumed car guy who never wanted to be a car designer, yet, he was drawn to one of the top design colleges in the country – Art Center College of Design in Pasadena, CA. In order to come up with enough money to attend, Brock sold his custom chopped and channeled, ’49 Cadillac powered ’46 Ford hot rod, El Mirage, below. He designed it, built it and raced it. Plus it won class honors twice at the Oakland Roadster Show. Later he was intimately involved with the design of Bill Mitchell’s personal Stingray racecar, later Corvette Sting ray, and the ‘63 Sting Ray.

Even though he attended Art Center College, Brock really wanted to be a racecar builder and driver. Out of college, he was recruited by GM’s Chuck Jordan, who years later in 1986 succeeded Irv Rybicki to become the fourth VP of GM Design. Brock, right, receives prestigious Dean Batchelor Award for his new Corvette book. 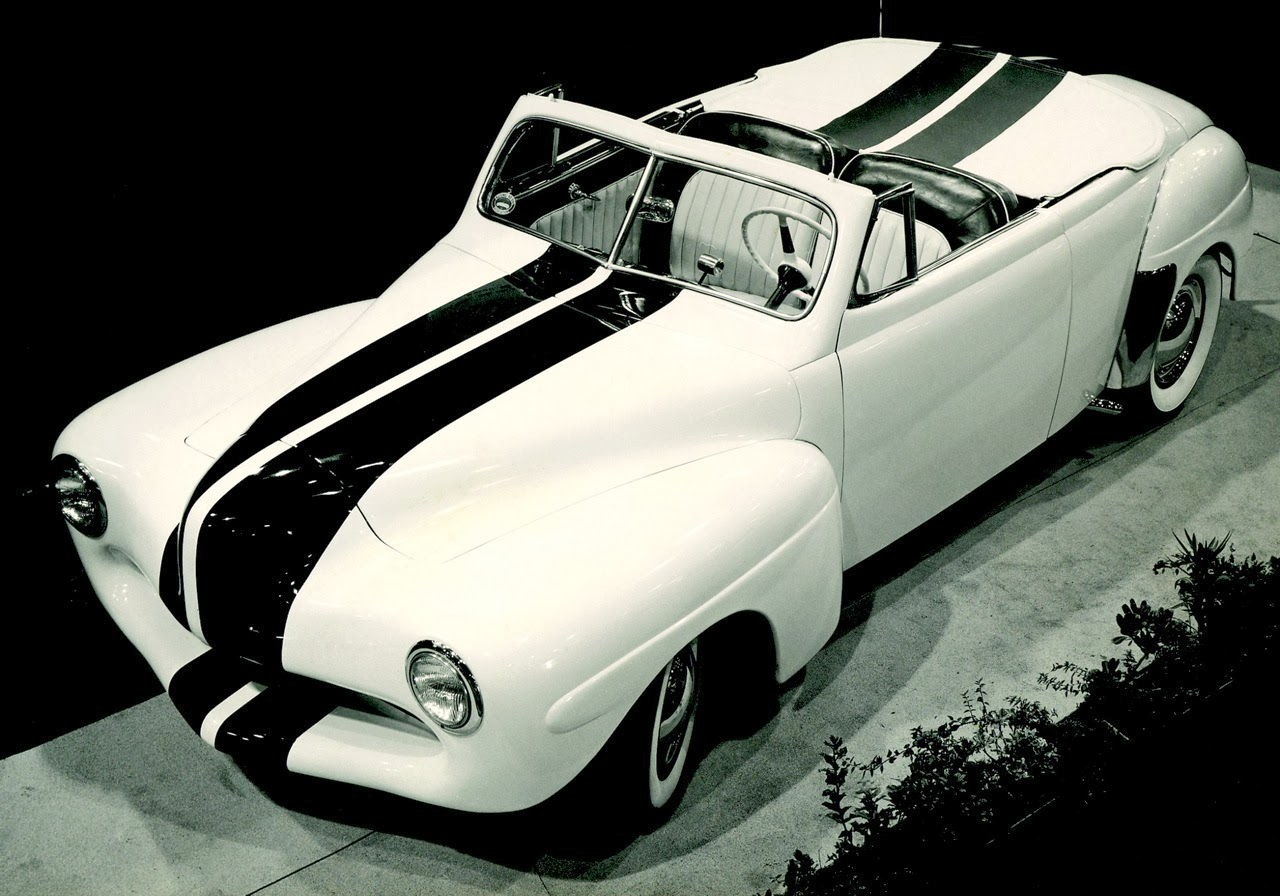 An accomplished writer and photographer, Brock has done an outstanding job creating his new book. CORVETTE STING RAY captures the excitement and emotions of working with styling legends Bill Mitchell, Larry Shinoda, Tony Lapine and others in the short time (1956-1958) he was at GM Design. Upon arriving at GM, Brock was immediately assigned by Mitchell to his team in Research Studio B, working directly under studio chief, Bob Veryzer. His first project was Mitchell’s personal racer, followed by the Concepts for the production ’63 Sting Ray. With Mitchell’s restored Sting ray, below, at Amelia Island Concours. 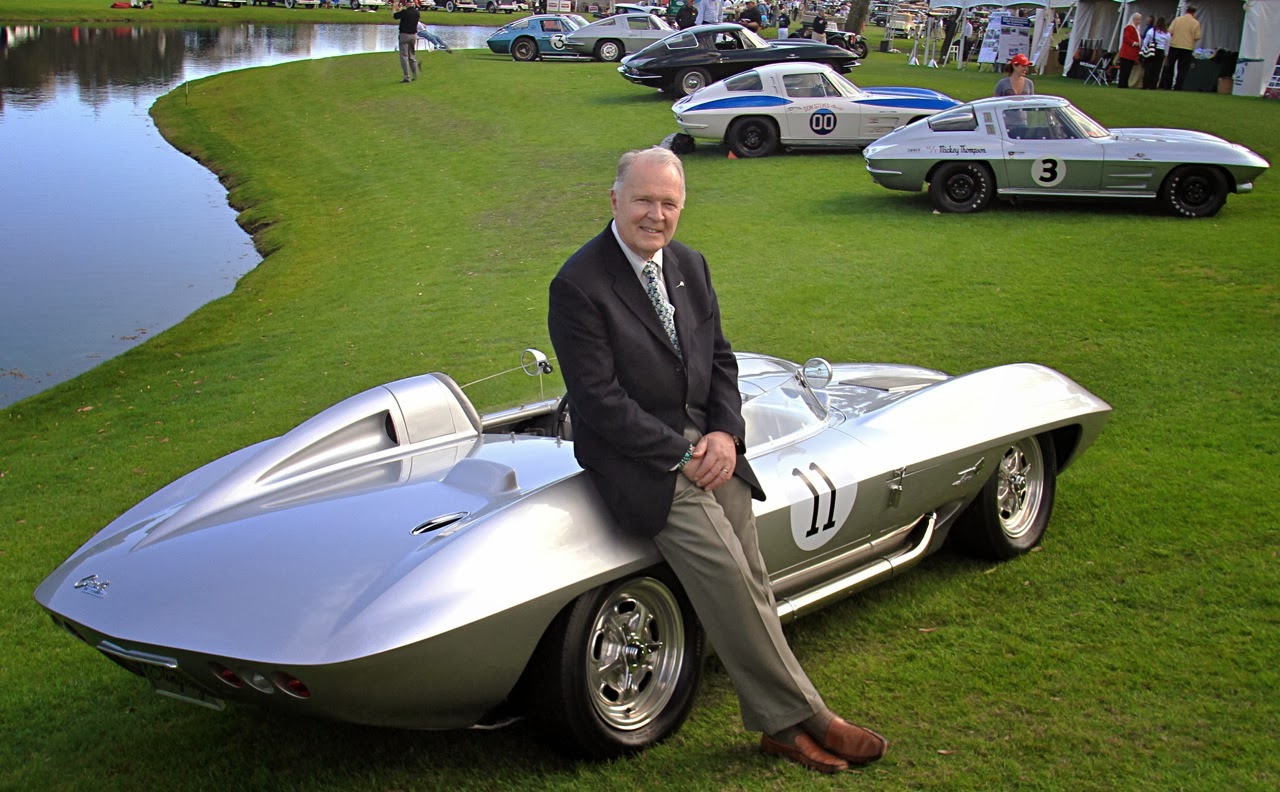 After GM, Brock went to Shelby American where he designed the Cobra Daytona Coupe in 1964, the car that helped the U.S. capture its first and only FIA GT World Championship. The prototype Daytona Coupe (CSX2287) is the first automobile recorded under the Secretary of the Interior’s Standards for Heritage Documentation. The Historical Vehicle Association announced that honor, unveiling the car at a press conference in Washington DC. http://www.carguychronicles.com/2014/02/shelby-cobra-daytona-coupe-first-in.html

In his book, Brock takes you into closed design studios, above, with Brock and Bob Vertzer and XP-87 Sting Ray coupe clay, and makes you feel like GM’s legendary stylists surround you. His sketches became Mitchell’s racer, the car that Dr. Dick Thompson drove to an SCCA Championship. You also learn what cars were influential in the final designs of the Sting Ray. Brock was not only there; he submitted sketches that influenced the design of landmark cars.

Brock’s book showcases Corvette photos and sketches from GM Design archives that I have never seen before. And, I have been involved as a magazine editor and author since the Sting Ray was launched! And in the mid-1970s, founded and edited VETTE Magazine. Once I picked up CORVETTE STING RAY, I literally could not put it down. 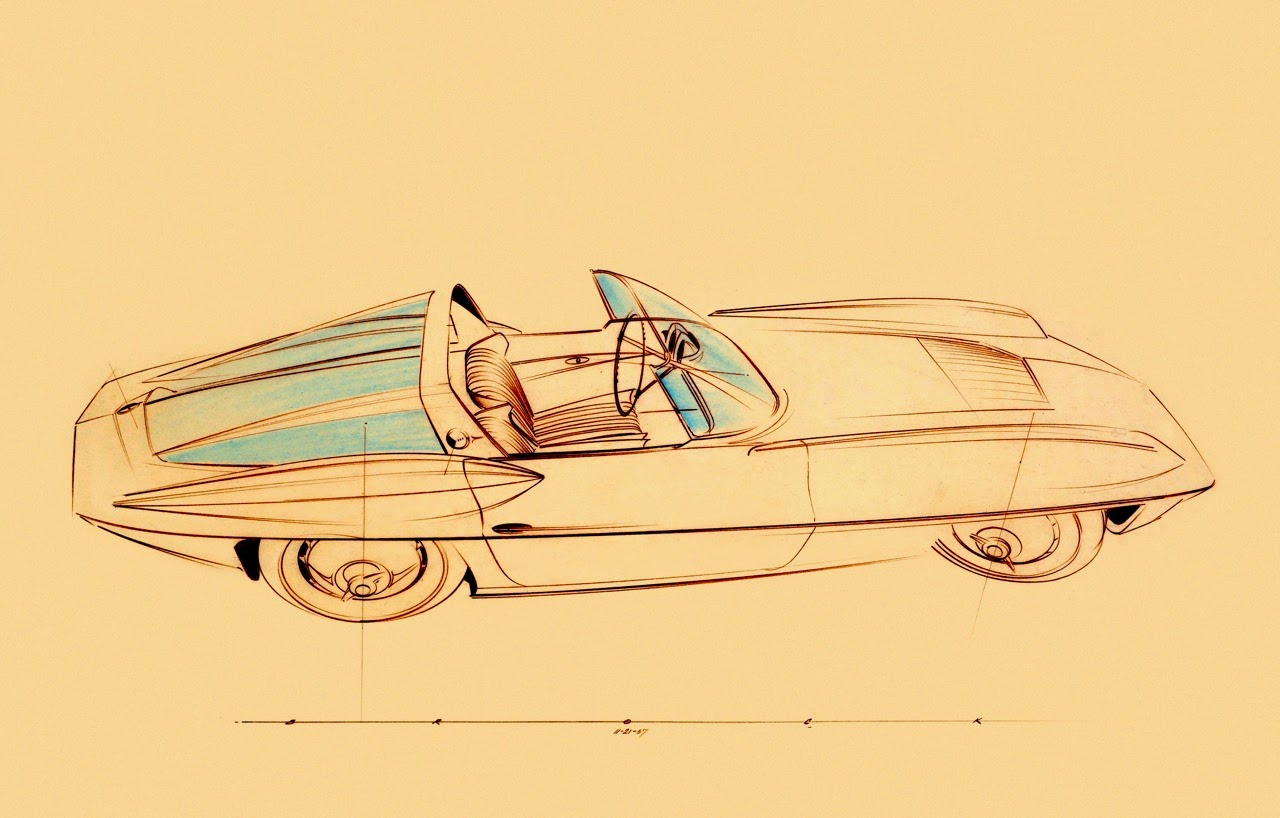 CORVETTE STING RAY takes you inside the hallowed halls of GM Design, with the man responsible for the Corvette, Harley Earl, the man who saved the Corvette, Bill Mitchell and stylists like the author who helped turn a dream into a timeless, ageless sports car. With 144 pages packed with more than 180 photos including Brock’s original sketches, above, from 1957-1958, CORVETTE STING RAY is the definitive book on the mid-series Corvette.

Reading Brock’s new book makes you feel like you are with him and the people responsible for the most iconic of all Corvettes in GM styling studios. No Corvette enthusiast or automotive design aficionado should be without a copy of CORVETTE STING RAY, Genesis of an American Icon. It is a book you will read more than once.

For more information about Peter Brock and to purchase a copy of his book, please visit http://www.bre2.net/mm5/merchant.mvc?Screen=CTGY&Store_Code=B&Category_Code=books