Skip to content
Mike Matune celebrates Father’s Day at the 40th anniversary of cars, music and
food at the Sully Historic Site in Virginia. 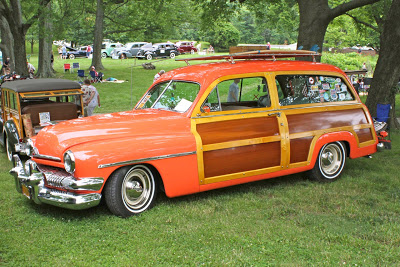 The Sully Antique Car Show held on the grounds of the Sully Historic Site is a Fathers’ Day tradition. Built between 1794- 1799 by Robert E. Lee’s uncle, the site had been a plantation and would remain in farming until acquired by the FAA to build Dulles Airport in the late-1950s. Those plans were thwarted by public outcry and today it is under the control of the
Fairfax County Park Authority.

Originally a California car, Ann Thompson’s ‘51 Mercury Woody, above, is painted persimmon and has AC, an updated suspension and a modern drivetrain to make it a very capable driver.
It was well presented with period stickers on the windows and neat accessories, creating
the feeling of a carefree day at the beach. 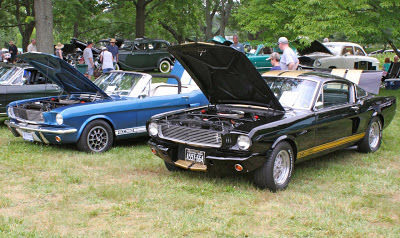 Richard Martin’s blue Mustang GT convertible is one of the dozen or so “Continuation” cars Carroll Shelby created with Beverly Hills Mustang in the 1980s. Shelby had built a few convertibles at the end (1966) of original GT350 production. When he couldn’t find one to
buy for himself years later, he built these. Oz Lamonds’ fastback GT350H was originally a
Hertz rental car. Shelby built these cars for the Hertz Sports Car Club program; giving
Shelby American needed volume and exposure. Lamonds is the fourth owner of 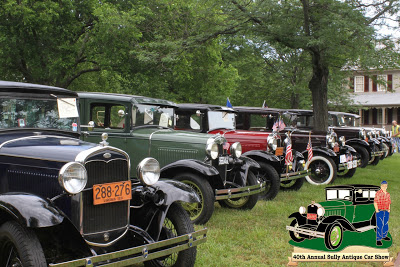 The George Washington Chapter of the Model A Club of America was the show’s sponsoring Club. Here, looking like a scene from The Untouchables, is a row of the Club’s Model As. A special event pin celebrated the life of George Merkel, a longtime supporter of the show who, prior to his passing, could always be counted to be in attendance with his Model A Tudor. 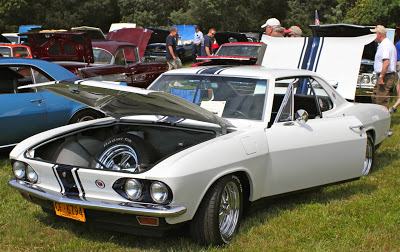 Don Yenko used the Corvair as the platform for his American sports car, Stinger. Like Shelby, he breathed on the engines and suspensions while making enough external modifications with things like a fiberglass deck-lid, sail-panels, rear spoiler, badging, striping, etc. to make the cars distinctive. Inside he deleted the rear seat and added competition seat belts like the Shelby.  Jerry Yates has owned this ‘66 Yenko Stinger since new. Originally raced, it now enjoys a more sedate life as a driver and show car. For more on the Stinger, please see Charlie “Bud” Doerge’s book, Don Yenko and the Yenko Stinger, http://www.yenkostinger.com/thebook.html 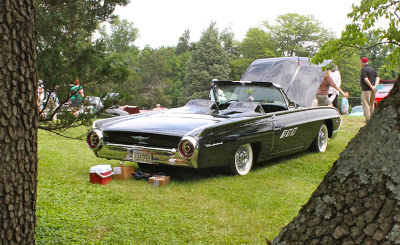 Don Cass’s ‘63 Thunderbird Sports Roadster represented Ford’s attempt to placate T-Bird buyers who still yearned for the original two-seat 1955-’57 model. A fiberglass cover over the rear seats, wire wheels and an interior grab-handle added to the sporty illusion.  But alas,
the T-Bird was well on its way to its niche in the luxury personal car segment and no
amount of visual trickery was going to change that. 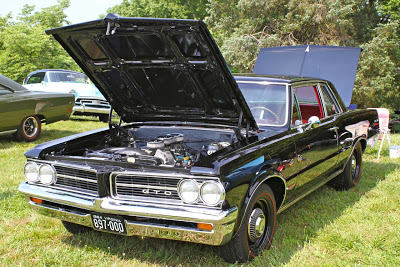 Credited as being the industry’s first Supercar – mid-size chassis with large displacement engine – the GTO is however usually referenced as a Musclecar. Chester Ewart’s first-of-the-line ‘64 Pontiac GTO is a four-owner car that he can track back to his Uncle who bought the car new. It ran through the normal timeline – from pride and joy, to college transportation, to long periods of storage, to driver and finally body-off restoration. It’s an outstanding example of the 1960s, a period when hot cars and serious horsepower could be found in every showroom. 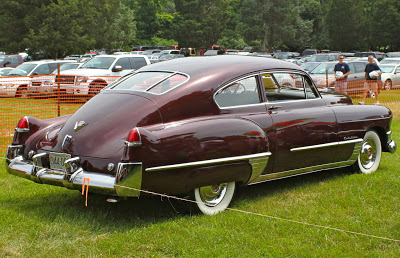 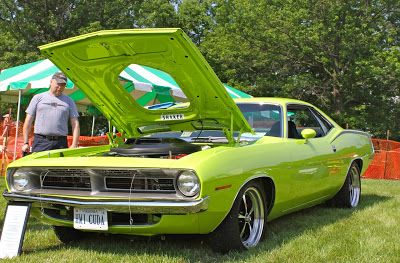 Cindy & Tim Slusser’s Hemi-powered ‘70 Barracuda makes a powerful statement. They left absolutely no stone unturned in creating their “Tribute” car, from its Gen II Hemi to its fully updated suspension and wheels. It’s pretty much how one of these cars looked before insurance companies and gasoline prices sounded the death knell for performance! 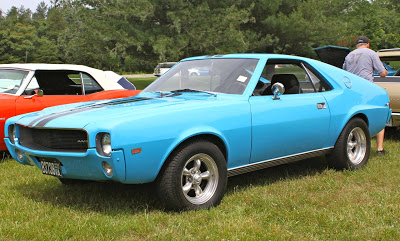 AMC wasn’t about to be left out of the hunt for Ponycar/Supercar buyers, creating the Javelin and then AMX. To cover all bases, they chopped a foot out of the Javelin’s middle and came
up with the two-seat AMX to challenge the Corvette. Needless to say, it didn’t work.
Mark Fitzgerald’s ‘69 AMX is finished in Big Bad Blue, Code 2A, AMC’s version of
youth-market high-impact paint. 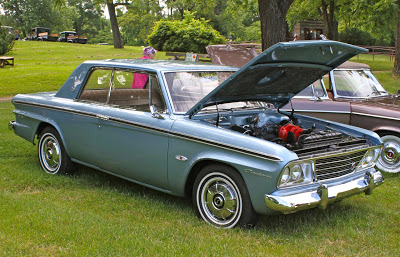 In many ways, Studebaker’s ‘64 Super Lark is an orphan of the Musclecar Sixties. We usually don’t think of Studebaker as part of that era, but they did build cars with a number of high-performance engines, including 240 horsepower 289-inch R1 V8s up through a series of supercharged motors culminating in an R4 making around 330 horsepower. These cars also had floor mounted four speed or automatics shifters, disc brakes, available traction bars,
limited-slip rears, HD suspensions, etc. Back in the day, Studebakers had been raced
and Avantis set top speed records at Bonneville. 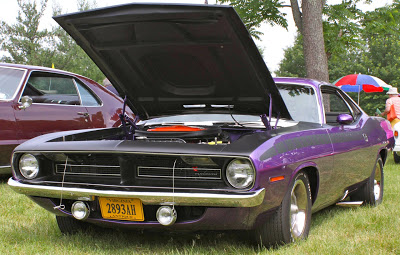 Chris Shorter’s ‘70 AAR ‘Cuda really caught my eye. This was the street version of the cars Dan Gurney’s All American Racers ran in the 1970 Trans-Am series for himself and Swede Savage.  Powered by 290 horsepower, 340-inch V8s with tri-power induction, these cars had all the bells and whistles a Boy Racer could want – side-exit exhausts, front & rear spoilers, stripes, scooped hoods, etc. Further adding to its period correctness is the Plum Crazy paint, Code FC7, one of Mopar’s high-impact colors available on performance models. 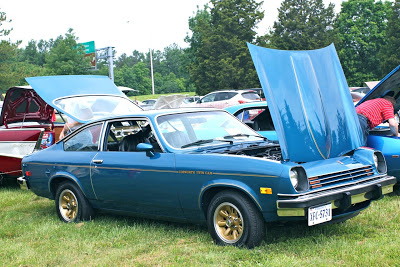 All right, everybody who bet money you would never see a Vega in this blog, pay up! Frederick Seoane showed his unusual Cosworth Vega. Produced in cooperation with the UK’s Cosworth Engineering, these Vegas had four-cylinder engines fitted with four-valve heads with dual belt-driven overhead cams, stainless steel exhaust headers and electronic fuel injection. Chevrolet offered a selection of competition-only engine components, including Webers to replace injection, specifically for road racing. A two-year production run resulted in only about 3,500 and its projected “halo” effect wasn’t enough to save the doomed Vega.