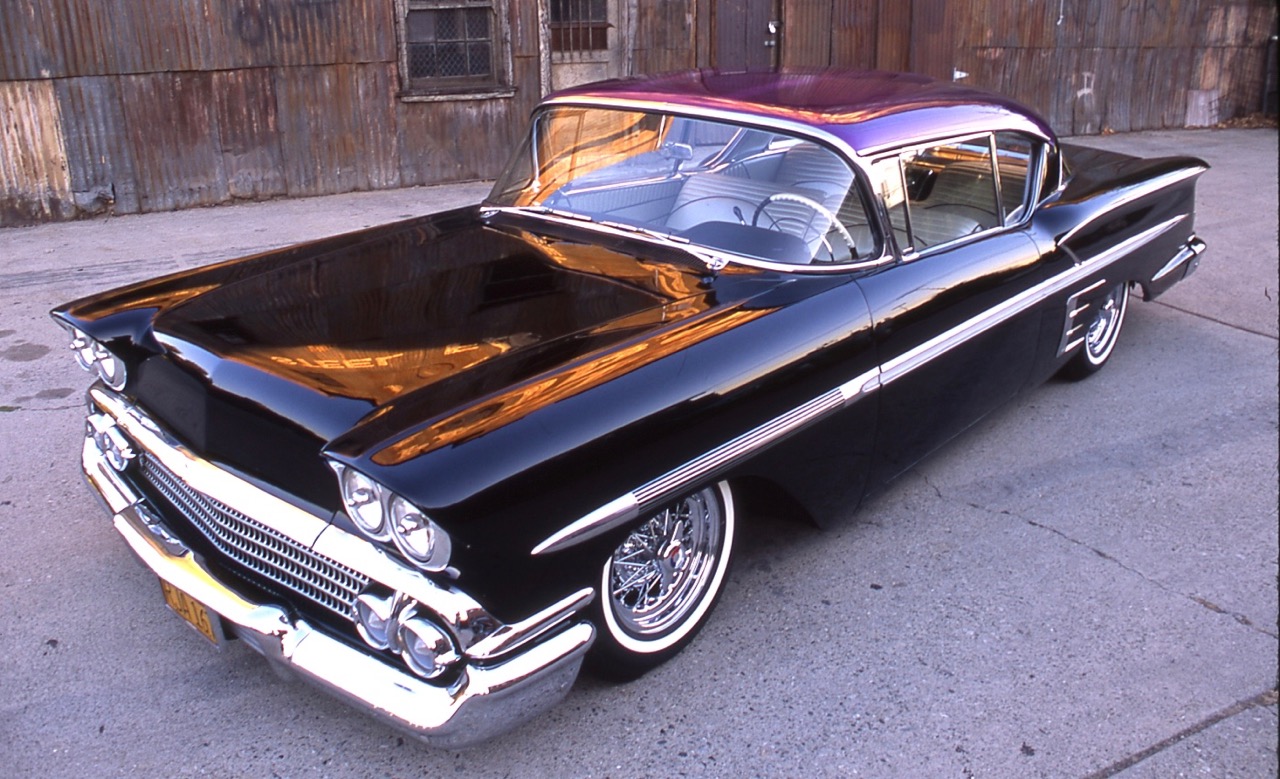 First up is the ’58 Chevy Impala, a head-turner even in stock form, built by Lee Pratt. Growing up in Des Moines, Iowa, back in those days when young boys talked cars, read Hot Rod magazines, and fantasized about “how they did it out in California,” Lee figured he was a typical kid who just happened to like the smooth customs a bit more than the nasty, fast rods and paid special attention to paint colors and styles as well as creative upholstery trends. He dropped out of high school. He got jobs in gas stations and started learning how to paint cars. At one point he even worked in Ray Fahrner’s custom shop with friend/artist Tom Davison, painting some cars and taking them to shows. 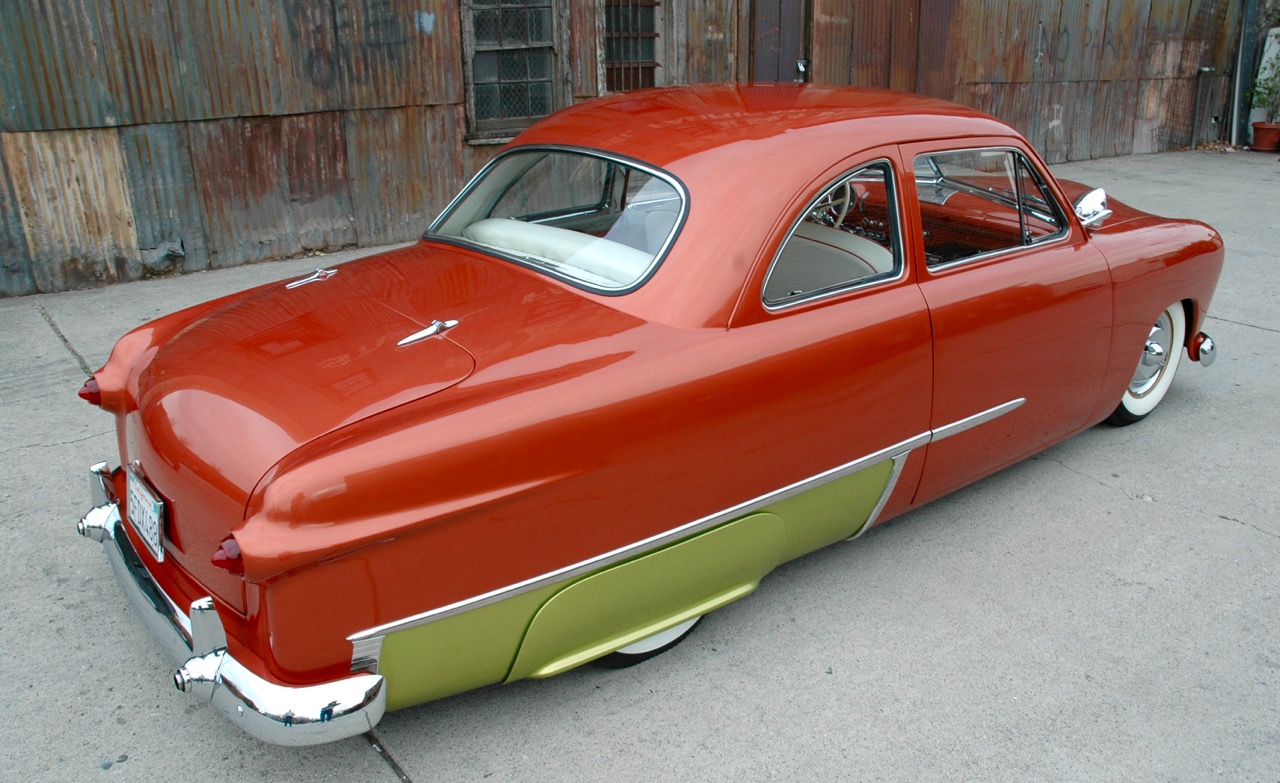 In the meantime Lee built several cars for himself, and actually made several trips out to California where he not only saw what they were doing, but also actually fit right in with the cruising crowds from San Jose to Harvey’s Broiler. He was undoubtedly the first in Iowa to have a fully hydraulic-dropped custom – a ’55 Nomad – fitted with Skylark wire wheels and painted in multiple shades of lavender to purple pearls with seaweed flames. And he drove it to California and back.  Not only that, but he also enrolled in San Jose State college, built more customs, traveled back and forth between California and Iowa, got married, eventually entered Drake U. in Des Moines where he found out he had a talent for abstract sculpture, earned a Bachelor of Fine Arts degree and a scholarship for an MFA at Claremont College back in California.

Around that time Lee moved into a “loft” at a large art complex called The Brewery near downtown Los Angeles. This actually was once the large Pabst Blue Ribbon beer brewery, but the complex included several other large warehouse/factory-type buildings, most made of rusting corrugated metal.