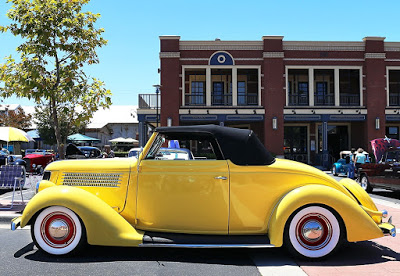 Established in 1980 to showcase the Bent Axles Car Club’s love of hot rods and Santa Maria-style barbecue, this casual and fun, small-town show draws spectators and participants from all over California. This year, approximately 150 cars were on display in the heart of Old Town. Proceeds from the show are generously donated to local charities.

According to Ford’s brochure, the ’35 V8 Cabriolet is ‘A rakish, all-weather car’ and, thanks to its ease of driving, ‘A splendid choice for the woman motorist.’ Well, it’s pretty easy to see that it oozes enough sex-appeal and style to satisfy both genders. 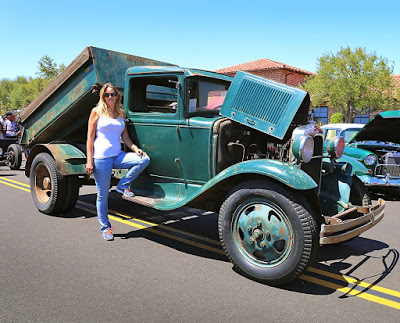 The Gossner family has done an outstanding job preserving their ‘30 Ford orange-orchard dump truck. Kim Gossner drove this family treasure to the show from their nearby farm. It’s still fully functional and unrestored, showing just over 75,000 miles on its odometer. 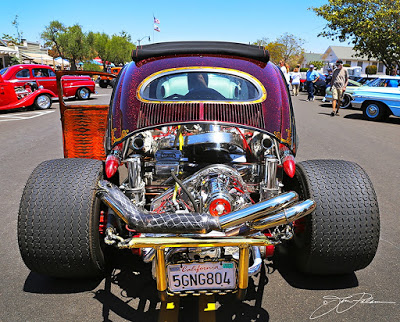 If someone asked you to picture a ‘57 VW Beetle in your mind, it’s safe to guess that you wouldn’t be visualizing Jack Plaza’s wicked, fire-breathing, Boa-muffler Bug. There was obviously no constriction to Jack’s vision for his little monster, powered by a 2.2-liter stroker. 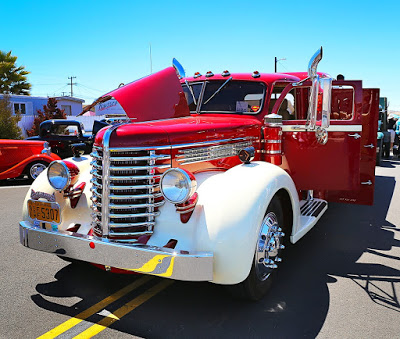 No one likes to break down on the road, but if you did, wouldn’t it be cool to have this beefy ‘48 Diamond T Flatbed hauler come to your rescue? And if you’re exhausted from your ordeal, the Diamond T has a comfortable, leather-appointed sleeper cab! 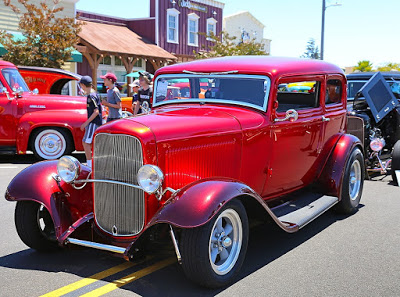 There may be an abundance of Candy Apple Red hot rods in the agriculture areas of California, but Sher and Charles Roark’s scrumptious ’32 Ford Sedan is one serious head-turner. 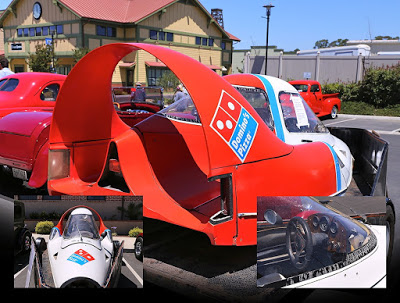 Domino’s Pizza built a fleet of 10 experimental Tritan A2 delivery and show vehicles in 1985. This is the second-built in its glorious “as found” condition. Domino’s canceled the Tritan project due to insurance liability issues. 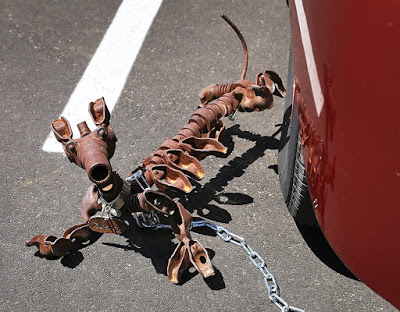 Don Buxton’s territory-marker pal Rusty always accompanies him as they travel the California car show circuit in his ’49 Ford F1 custom pickup. Hand-fabricated by Don, Rusty can sit, lay down and stand up on his hind legs. Good dog!