Skip to content
From Manhattan to Buffalo to Saratoga Springs and beyond, many people are surprised to learn that New York State was once home to over 100 different automobile manufacturers. The 2017 New York International Automobile Show is celebrating New York State’s automobile heritage with a special exhibition, curated by the Saratoga Automobile Museum. Here are just some of the vehicles – manufactured or raced in New York – on display at NYIAS at the Javits Center in Manhattan. 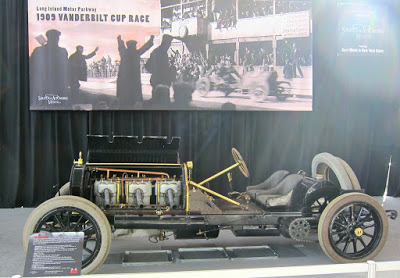 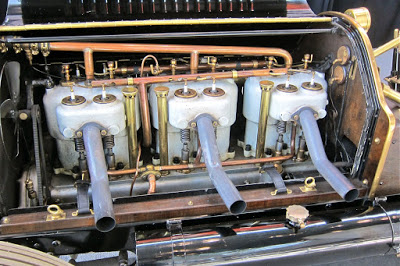 ‘09 ALCO-6 RACER (RACED)
Built by the American Locomotive Company, Providence, Rhode Island, the Alco Black Beast competed in 16 major races including two Vanderbilt Cups, the first Indy 500, two Elgin Trophy races and one American Grand Prize Race. Powered by a 680.6-cubic-inch T-Head engine with four-speed transmission, double chain drive, dual ignition, Newcomb carburetor and Bosch magneto ignition, it is owned by Howard & Roz Kroplick. The original 60 horsepower engine has been modified to produce 100 horsepower and has been clocked at 121 mph. In 1909 it won the Vanderbilt Cup Race. Alco built more than 1,000 cars and trucks including 4 racecars.

While most New York automakers were small, there were great successes like Pierce Arrow and Franklin. During the early years of automobile production in the 1890s, Detroit was not yet the nation’s “Motor City.” New Yorkers of the early 1900s owned more than 60,000 cars, which was 50% more cars than the residents of any other state in the nation. With that kind of demand for automobiles, it is not surprising that New York State had over 100 different manufacturers.

New York State automakers of the 1910s and 1920s built tens of thousands of cars. During the 1920s and 1930s, some of the first motor parkways, the precursors to today’s highways were also built in New York. You can still spot some of this four-wheeled history today. 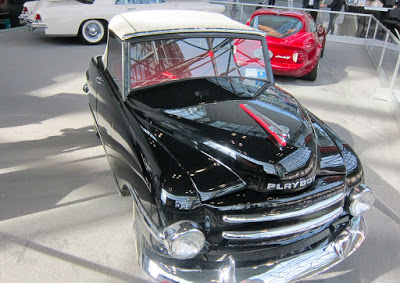 ‘47 PLAYBOY PROTOTYPE (MANUFACTURED)
Lou Horowitz and partners, Charlie Thomas and Norm Richardson, built this prototype for a small ideal second car in 1947 in Buffalo, NY. While production Playboys, starting in 1948, were front engine, rear drive, the prototype was rear-engined. It had a folding steel top a decade before Ford introduced the Skyliner. Few cars were produced and, in April 1949, the company filed for bankruptcy.

By the 1940s, more than three million cars were vying for their share of the roads and highways in the Empire State, and the economic implications of the automobile industry helped preserve New York as the economic center of the nation. Some early New York made cars became famous for quality, reliability and endurance. Buffalo produced the Thomas Flyer, which in 1908 attracted worldwide attention by winning the New York to Paris race and in 1911 by placing second at the Indianapolis 500.

Hardly known as a hotbed of the auto industry, Long Island nevertheless attracted some very interesting specialty auto builders. Coachbuilder Brewster built its own automobiles from available components during the years 1915 through 1925 in Long Island City in Queens. Later, from 1934 through 1935, the company built some cars with highly original styling, using principally Ford and a few Buick chassis. 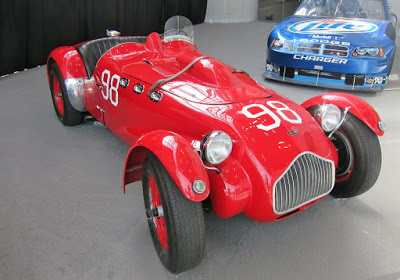 ‘50 ALLARD J2 (RACED)
Sydney Allard was a successful British manufacturer of high-performance sports cars in the 1950s, powered by primarily American V-8 engines, including Flathead (and ARDUN OHV) Fords, OHV Cadillacs and Chrysler Hemis. This cycle-fendered, period-perfect ’50 Allard J2 (#1556) was delivered new in New York to Erwin Goldschmidt at the Sports Car Exhibition in March, 1950. He finished second behind Phil Walters in the Seneca Cup at Watkins Glen. He later finished third at the Watkins Glen GP. Bruce & Jolene McCaw currently own it.

From manufacturing, custom coach building and importing, New Yorkers had a surprisingly large role in making the automobile what it is today. 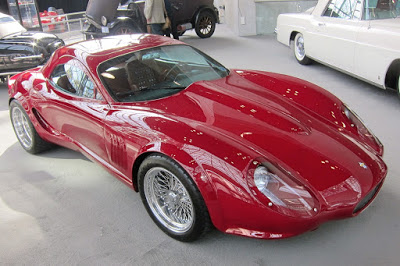 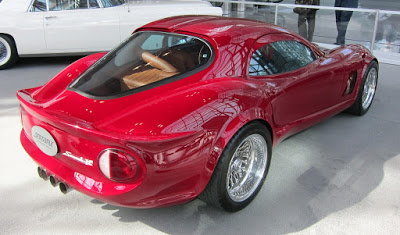 Six cars competed in New York State’s first auto race. The race covered the distance from New York City to Irvington-on-Hudson and back, averaging 10 mph. The year was 1896, and few New Yorkers had ever even laid eyes on an automobile before. From these modest beginnings, racing blossomed into a major 20th-century sport in New York and the surrounding area.  By mid-century, road-race-courses and speedways across New York State – many of them located at county, state and local fairgrounds- featured automobile racing events. Auto racing drew hundreds of thousands of spectators, and showcased the skills and daring professionals and amateurs alike. New York’s racing fans applauded the courage of the drivers, and were in awe over the raw power and speed of their cars. 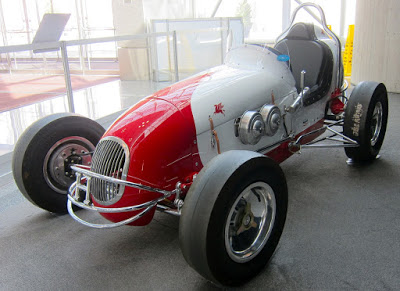 Driven by the legendary Dutch Schaefer and owned by Harry Hespell, this Offy-engined Midget won most events it was entered in and the ARDC Midget Championship in 1956. In later years, a Sesco Four replaced its Offy engine. Schaefer and his team mate Len Duncan Shared the Championship for six straight years – 1956-1962 – each winning three ARDCs and placing Second three times. It was campaigned until the mid-1970s. Restored by Joe Fiore, it is currently owned by Raymond Boissoneau. 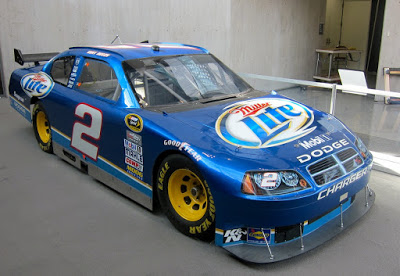 Driven by Kurt Busch, this Penske Racing Dodge was donated to the Saratoga Automobile Museum by Roger Penske. It has been converted to a cutaway by Brian Ross, Ballston Spa, NY and serves as an educational display at the museum. The only substantial difference between it and a ’12 Sprint Cup racer is the wing. NASCAR reverted to a traditional spoiler in 2010, rather than continue using this car’s wing.

The Saratoga Automobile Museum is a state-of-the-art museum located in the Spa State Park in what was formerly a bottling plant for the mineral springs. Opened in 2002 by local auto enthusiasts, the main exhibits continually change, showcasing everything from antique and classic cars to musclecars, green vehicles and supercars. The museum hosts dozens of major outdoor car shows and “cruise-ins.”