Skip to content
One of the top Concours in the Midwest is still going strong, showcasing everything from multi-million-dollar exotics to an old school Gasser!
Mike Matune captures the highlights. 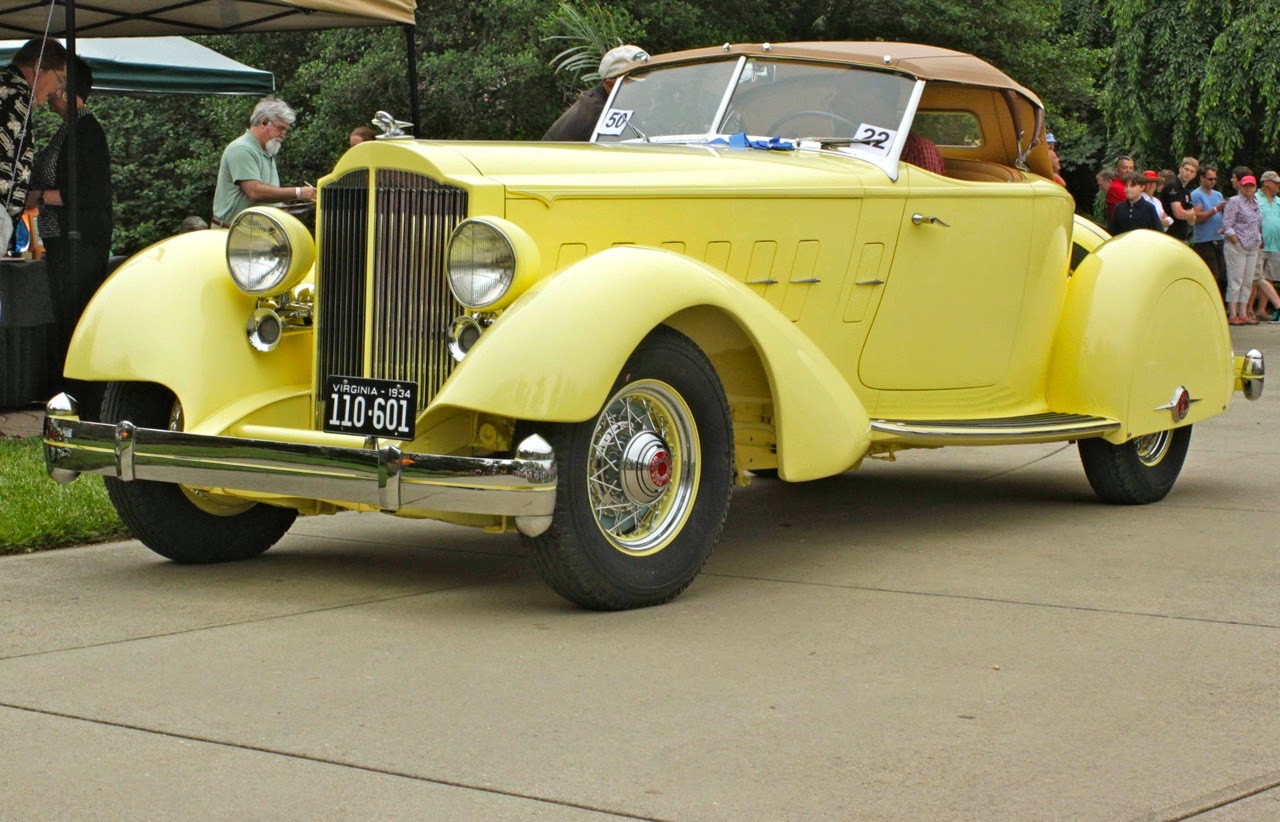 The 37th Ault Park Concours d’Elegance took place in Cincinnati, OH last weekend. Going early to a Concours gives you the opportunity to get some interesting shots, like a Porsche 919 racer being offloaded. The car features a two-liter V4 turbo engine with dual hybrid systems.

Here’s an incredibly striking ‘34 Packard Twelve LeBaron Boattail Speedster, resplendent in flawless yellow paint. Owned by The Auto Place in Cincinnati, the car was well turned out and presented; making it the perfect Best of Show winner in the Concours d’Elegance.

Rick Grant owns this ‘64 Maserati 3500 GTI Vignale Spider. The car is one of two built for a commissioned private order in the mid-1960s. For his efforts, Grant was awarded the Founders Trophy presented by Helen Williams. It was her generosity in hosting the first Concours at her home that formed the foundation for this event. 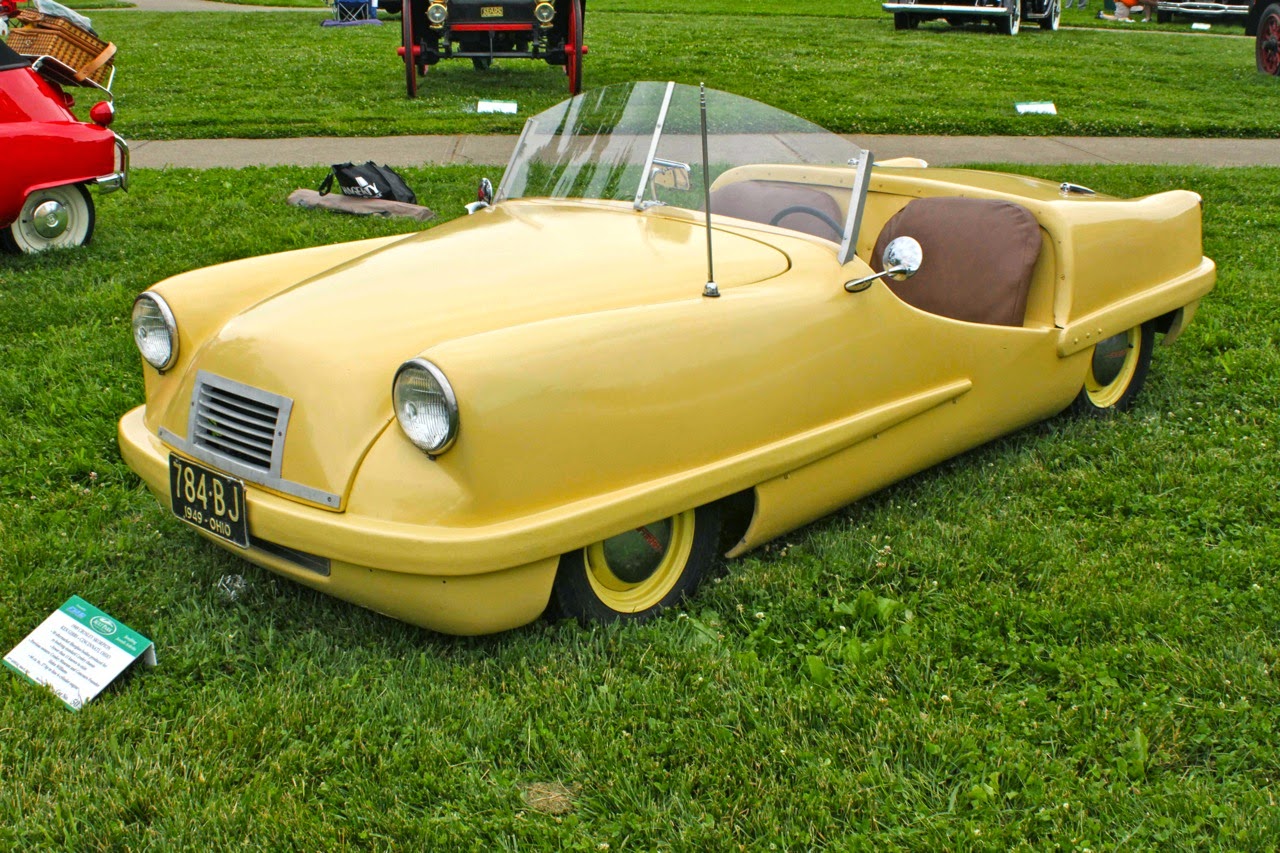 One Special Display included the ever-popular Microcars. Being held in Cincinnati, home of Crosley Industries, logically brings us to feature a couple examples of that marque. Ken Gibbs owns the Skorpion, an aftermarket fiberglass-bodied standard Crosley chassis. Power comes from a stock 27 horsepower engine.

You really can’t let the year pass without making mention of the Mustang’s 50th Anniversary and Ault Park didn’t. Here is William Snyder’s prototype two-seat, fiberglass Mustang. The car was constructed by Andy Hotten’s Dearborn Steel Tubing and used by Ford in a traveling show. It survives today because, when it came time for it to be crushed, the DST design team hid it!

While Snyder took home the award for Street Mustangs, Mike Cavanaugh used his Shelby GT350 to capture the Racing side of the Mustang Special Display. Originally a street model, it was converted for road racing with GT350R modifications. 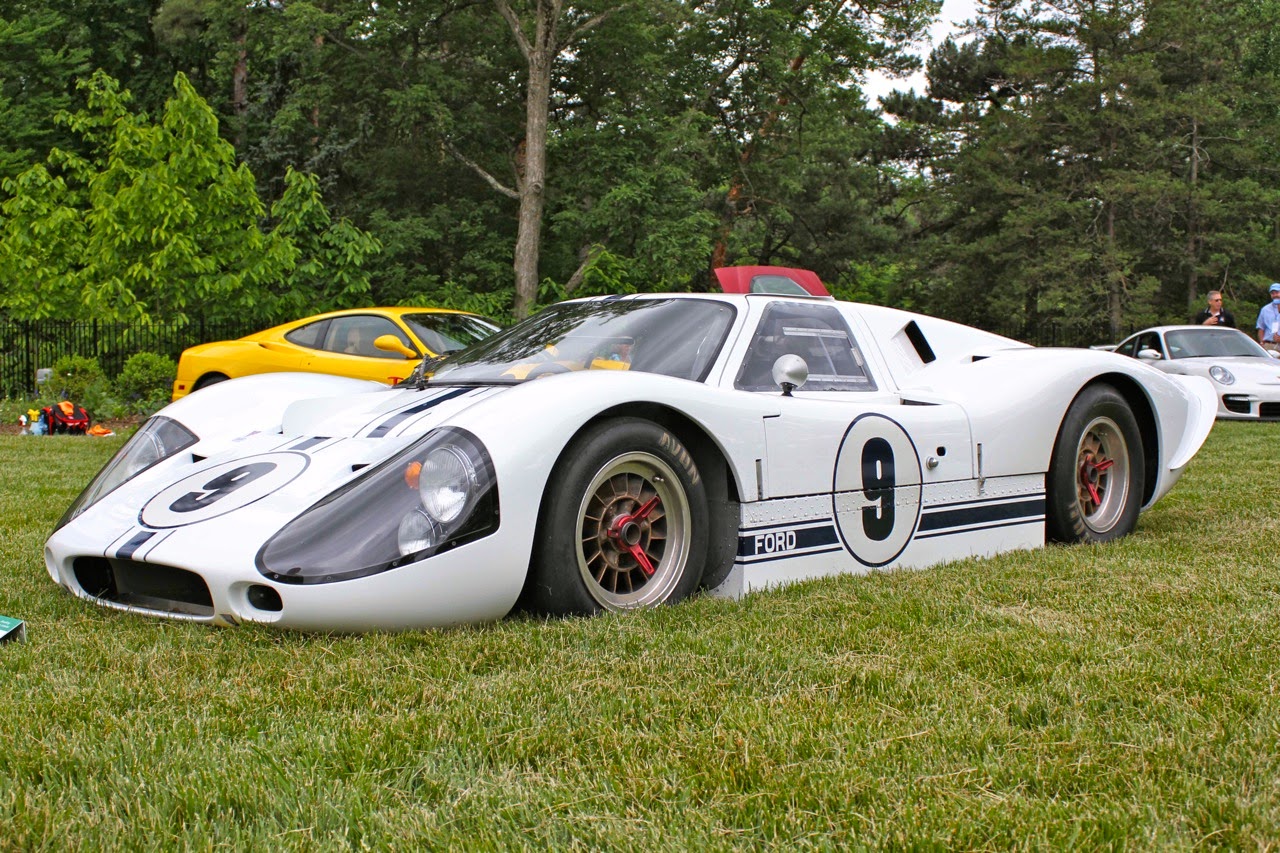 The culmination of Ford’s GT40 program was the Mark IV. As only 12 were built, it is unusual to see one, let alone see it presented in such an open environment. Thomas Shaughnessy came from California with his J-car. The car was tested in period, but never raced. It took the award for Outstanding Engineering. 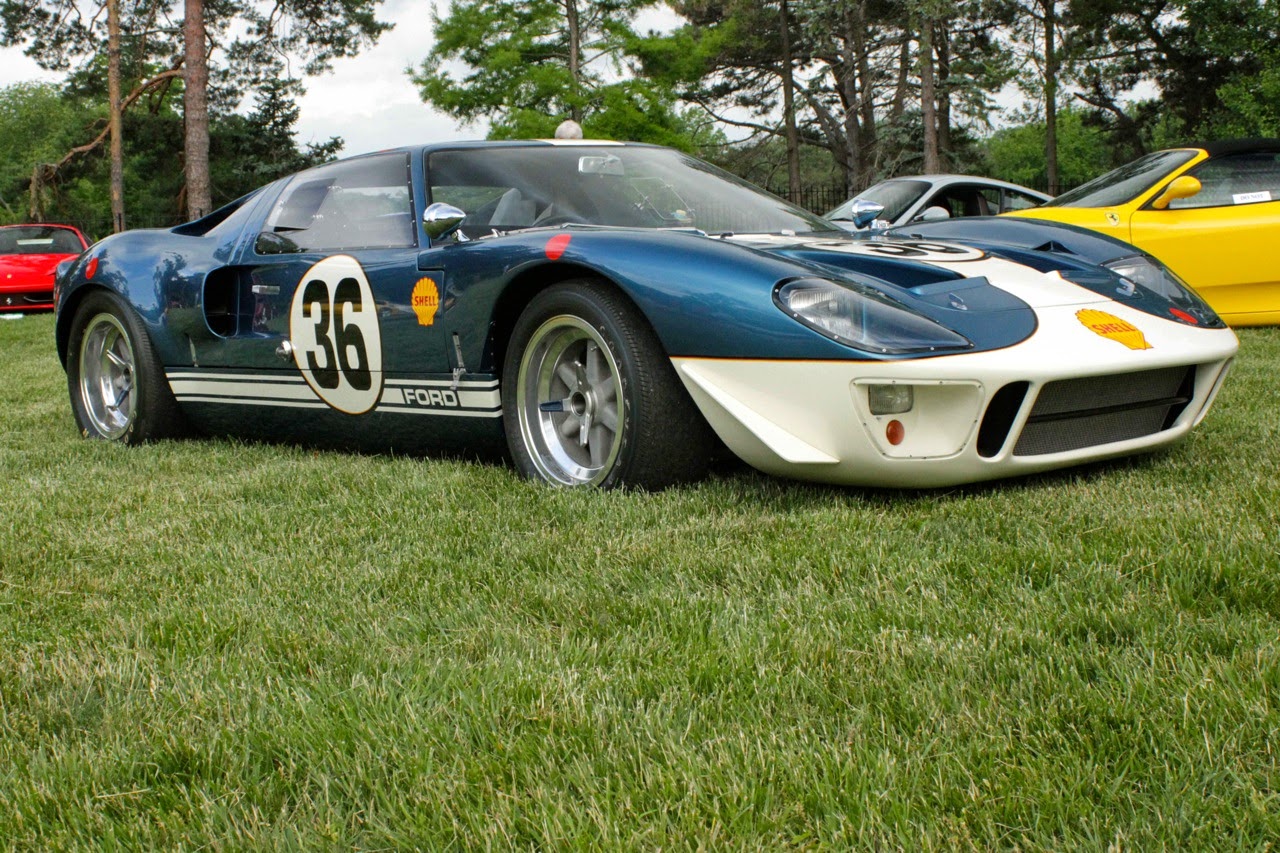 It is unusual to see a GT40 at a Concours, but to have two there is impressive. This is Jim Jaeger’s Mark l (P/1036).  Originally shipped to Shelby American, it was never raced for reasons unknown. Car was completed by J.W.A. in the UK. It did achieve a certain level of fame however, when it was used for a Shell commercial where it broke through a Shell banner trailing a parachute. It was originally equipped with a parachute system. One can understand why it took home the award for the car most desirable to drive on the day of the show. 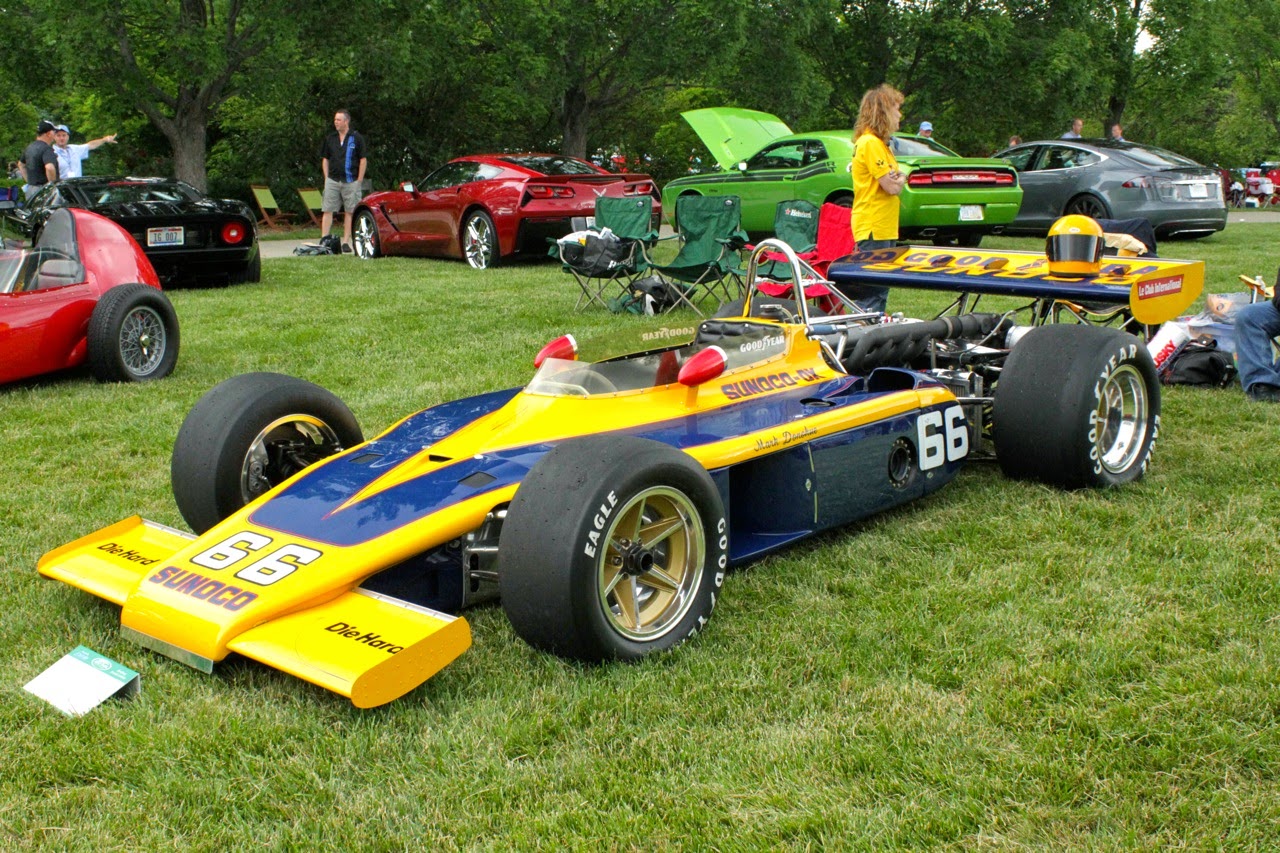 A year after winning it all, Mark Donahue showed up at Indy in 1973 with this Eagle-Offy entered by Roger Penske. His luck wouldn’t be as good and he retired when a piston failed, finishing 15th. Rick Dresang restored the car and now shows it as well as runs it at vintage events. It took Best of Class for the Racing category.

I had to include this because drag cars are not the usual fare at Concours events. Rob Mullins brought this un-restored gem. The car is a California racer from the 1960s and was billed as one of the last Chevrolet-powered supercharged Gassers.  Eventually most competitors adopted some form of the Chrysler Hemi or Ford Cammer. 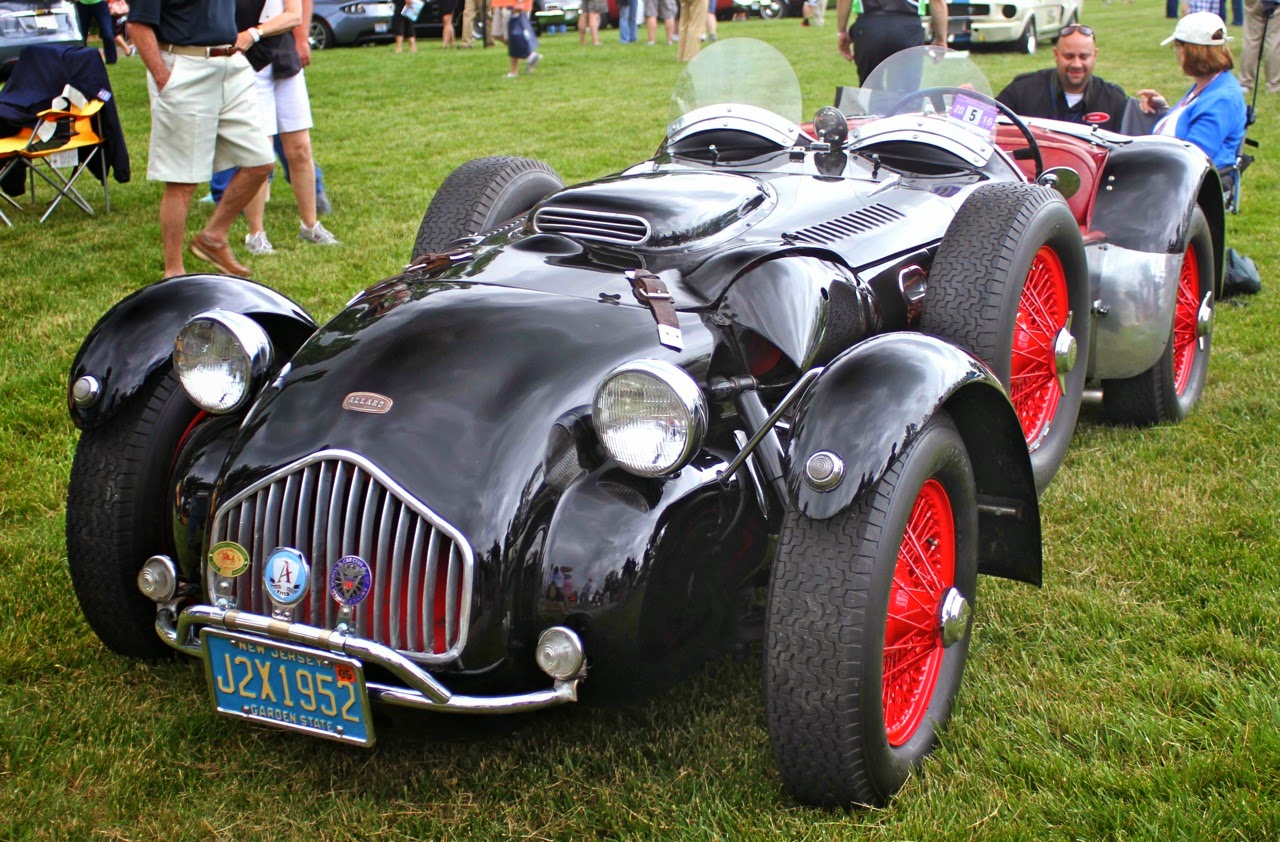 Stuffing an American V8 into an English sports car and going racing has always been a popular concept. Bill & Annabelle Wilmer’s Allard is an excellent example. They have owned this car for approximately 40 years, making it a true time capsule. Originally raced with Cadillac power, a 283-inch Chevy with a Paxton supercharger was installed in the mid-1950s. 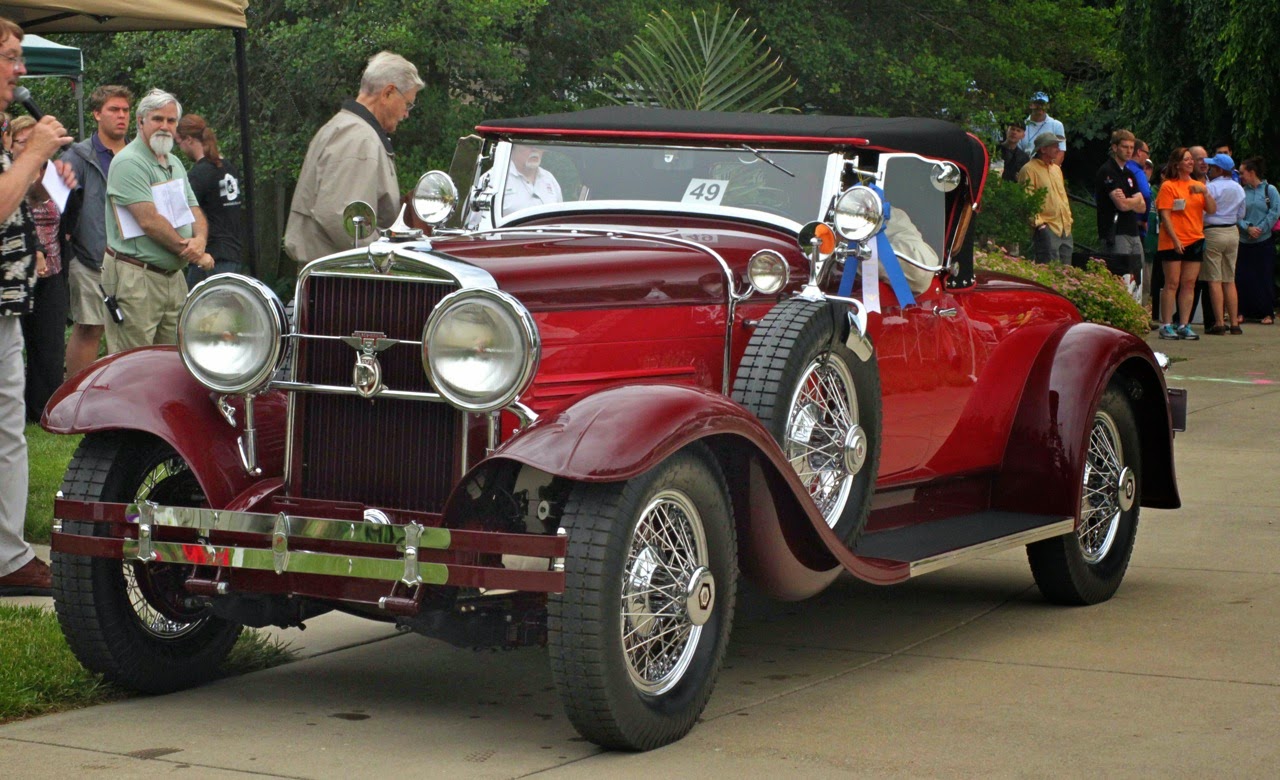 Ault Park presents two Best of Show Awards, one for the Concours and the other for Esprit de Sport. Richard Mitchell took home the Espirt de Sport with his ‘29 Stutz Blackhawk Speedster. The car featured a highly unusual twin-cam, quad-valve, straight Six. Only a few cars are thought to have survived with this engine. 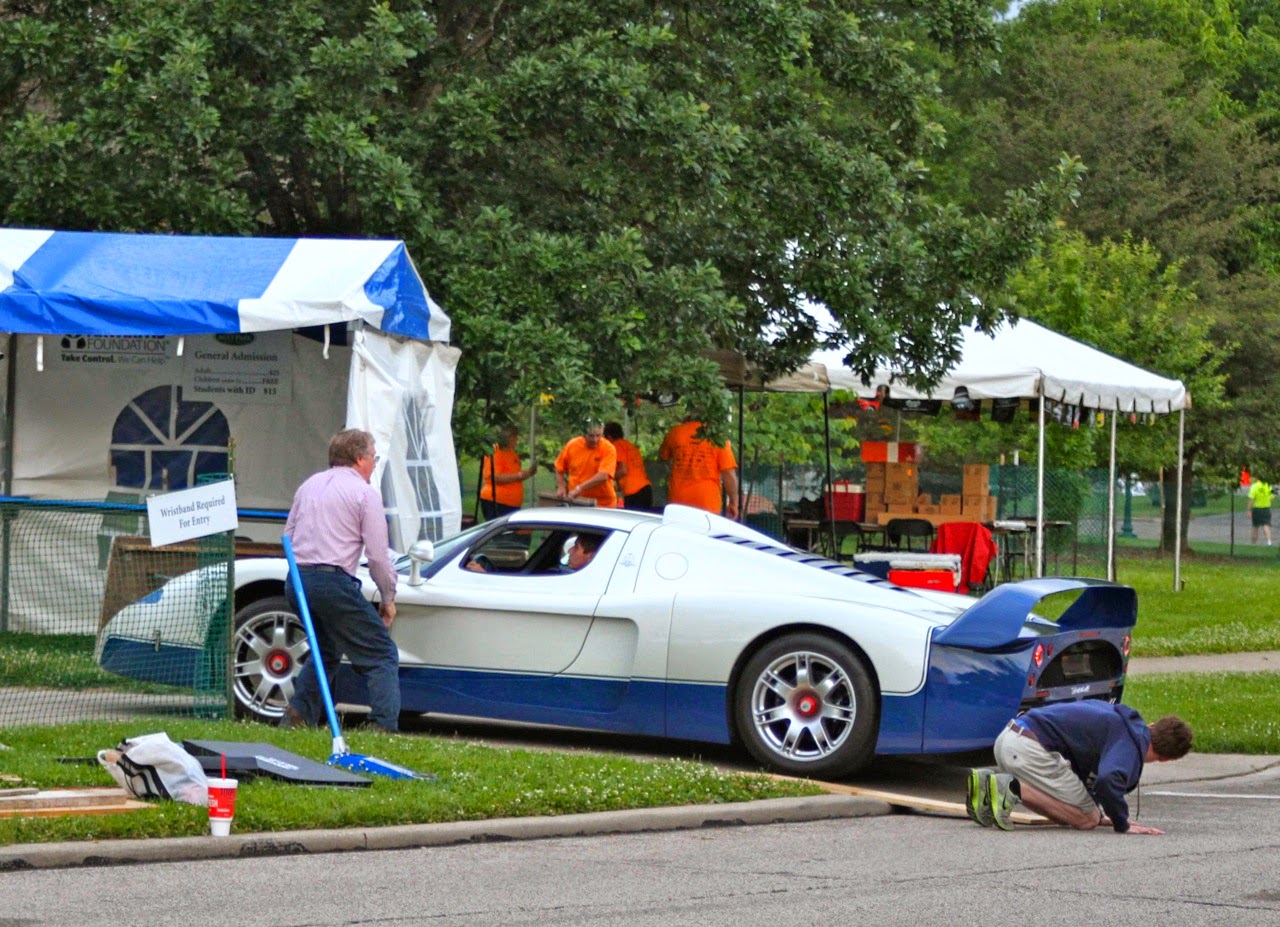 Concours typically have Special Displays or Honored Marques and Ault Park was no exception. Among these was a celebration of the 100th year of Maserati, the famed Italian car builder. Here Brian Ross’s MC-12 is carefully driven onto the show field. Based on Ferrari’s Enzo, the MC-12 has achieved success in a number of national racing series.