Now in its third year, the Atlanta Concours d’Elegance continues to grow in stature and is attracting award-winning automobiles from across the nation. 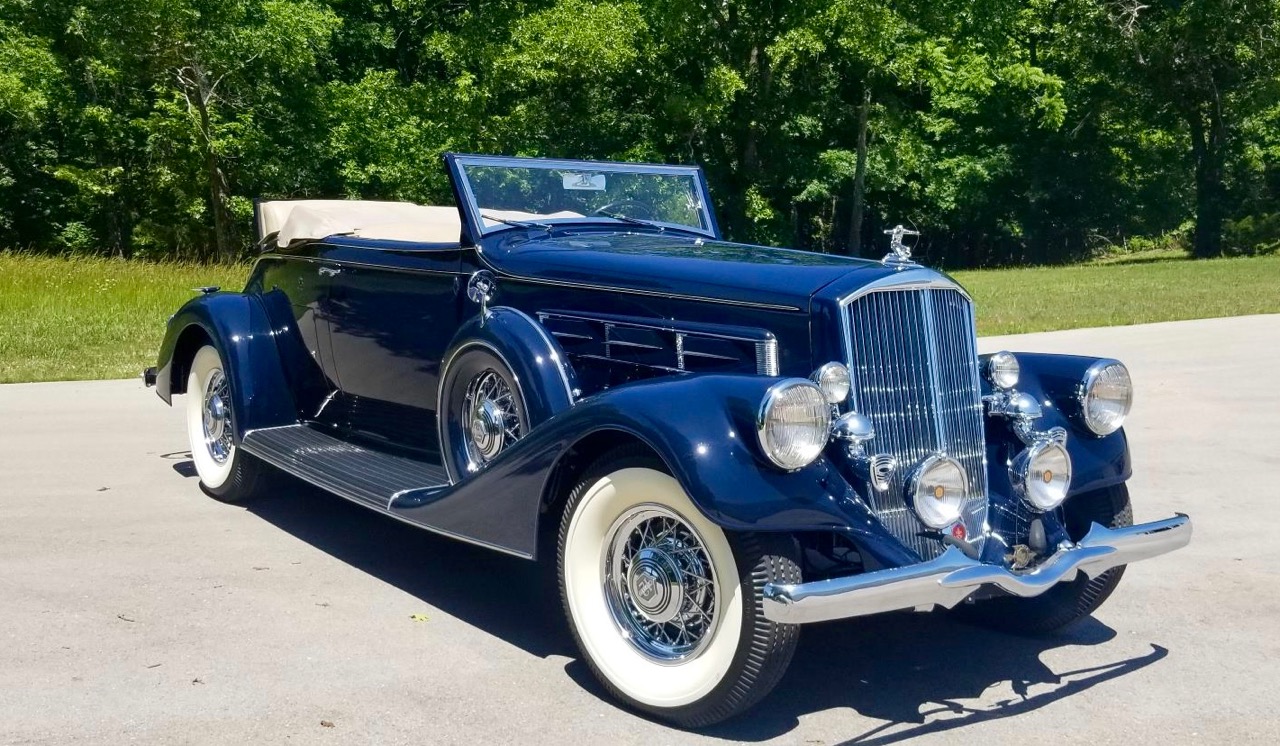 This year’s Concours d’Elegance, scheduled for September. 29-30, 2018, will once again be held at the Chateau Elan Golf Club, adjacent to the Chateau Elan Winery and Resort in Braselton, GA. Co-founders and local Atlanta residents Bill Wallet and Harry Krix created the inaugural 2016 event at Chateau Elan, where they envisioned fulfilling an Atlanta car-culture void. Their dream was an event along the lines of the renowned annual Pebble Beach and Amelia Island concours where the rarest, meticulously restored and maintained, and historically significant automobiles compete for prestigious Best in Class and Best in Show awards.

“We’re quite proud of the strong foothold we’ve gained in both the community and throughout the industry,” said Bill Wallet, CEO of the Atlanta Concours. “Expanding our relationship with Evergreen Historic Automobiles – the largest historic car collection in the U.S. – is but one example of the strength in quality of cars and the credibility of the Atlanta Concours has achieved.”

Famed collector Steve Plaster and Michael Rhodes – McPherson College Automotive Restoration Program graduate and curator of the Evergreen’s 600-plus car collection – will display unique cars from the Lebanon, MO-based collection. This includes a 1909 Washington Model A-1 Tourabout, a four-passenger surrey believed to be the last remaining Washington automobile. Other Evergreen examples include a 1912 Benz 8/20, a 1929 Graham-Paige LeBaron Dual-Cowl Phaeton featuring an aluminum-skinned body, Below, 1935 Pierce-Arrow 1245 Rumble-Seat Convertible Coupe that is one of a handful produced, Top, and a 1937 Delahaye 135 MS Cabriolet built by Henri Chapron, one of the French automobile industry’s grandest coachbuilders. 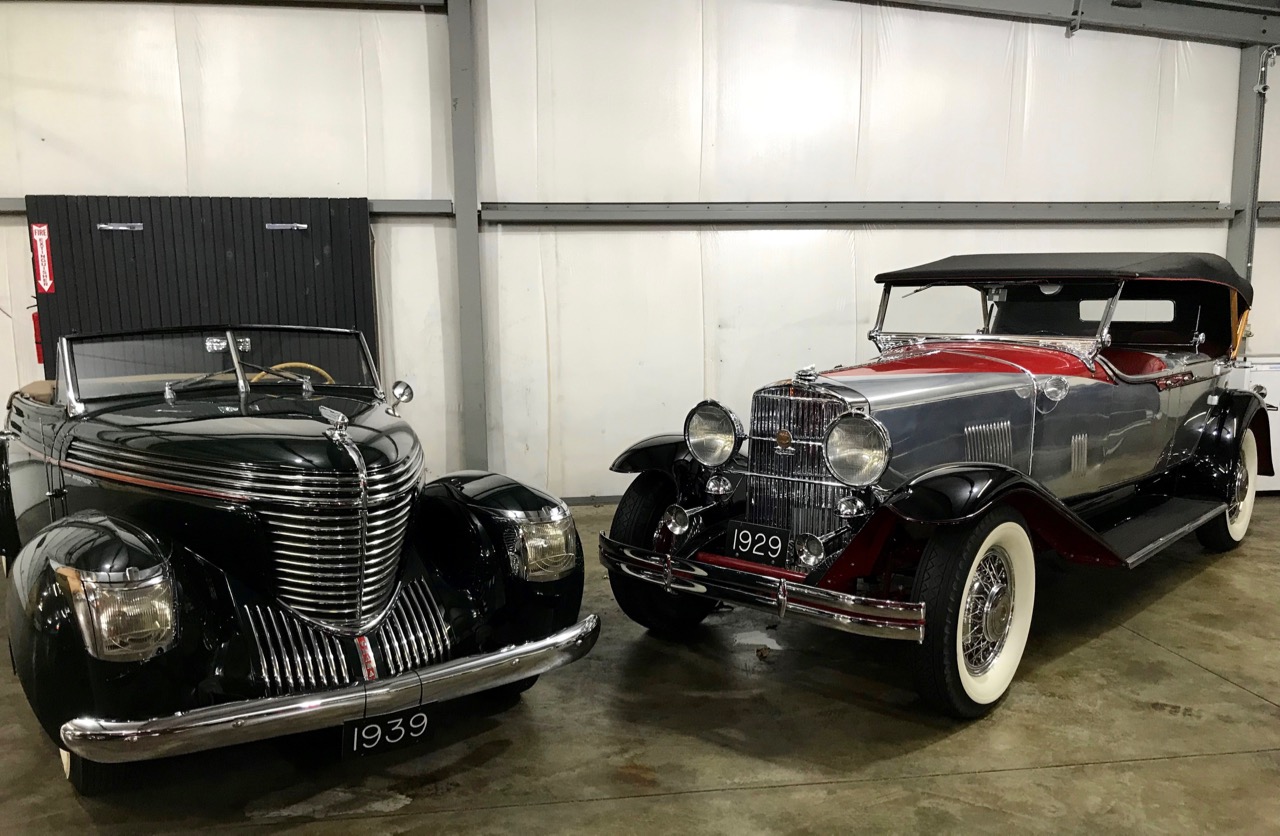 Special automobiles are not exclusive to large collections, and the Atlanta Concours will include entrants from local and regional collectors, as well. One such collector is Jeff Chattin, a self-professed lover of the older brass-era (1896 to 1915) automobiles named for their prominent brass trim.

“I’ve loved them since I can remember,” said Chattin, Below, “I like them because they’re both unusual and simple enough that I can work on them.” 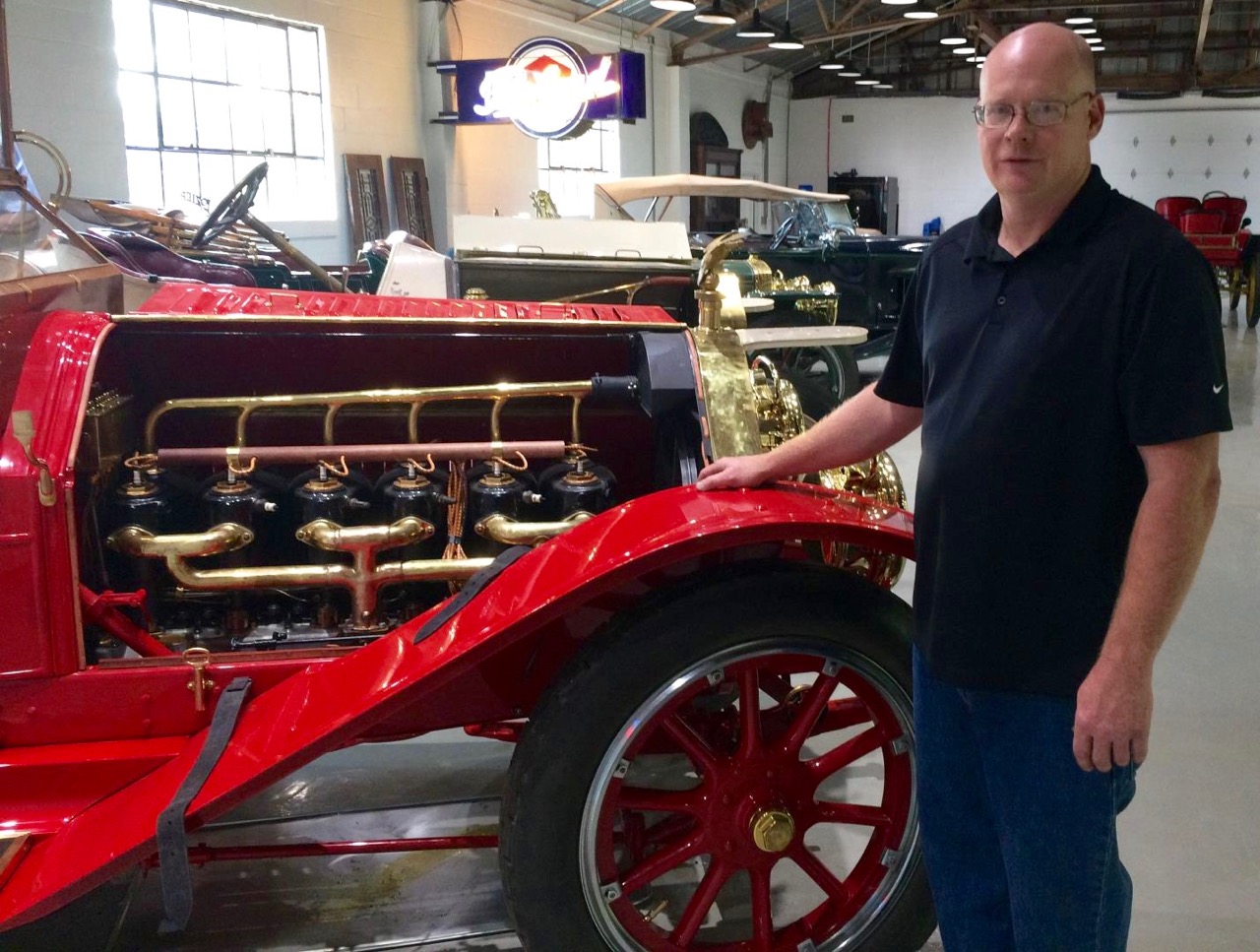 Chattin plans to bring two cars from his collection. The first is a 1911 Thomas Flyer 670K Flyabout that Chattin found and purchased after nearly four decades of searching for this rare and formidable automobile. A 1907 version won the 1908 New York to Paris Race, covering 22,000 miles in 169 days. The second car Chattin will display is his 1909 Kissel Kar 660 Semi-Racer that when new sold for $3,000. To put this into context, in 1909 the average worker earned between $200 and $400 annually.

While the main event is Sunday’s Atlanta Concours d’Elegance show field, Saturday offers activities popular with both the history-minded and casual auto fan. The Classics and Coffee at the Chateau features a wide range of automobiles on the show field with an interesting tie to Sunday’s Concours. Seven exceptional cars from Saturday’s show will be selected to return for Sunday’s Concours competition. They will be competing in their own class – The Magnificent Seven.

The weekend also features the automotive artists gallery, merchants’ walkway, the gourmet food pavilion, and test drives of many luxury and exotic automobiles. Saturday’s event ends with a preview of 50 of Sunday’s Concours entrants as they parade onto the show field, followed by the ‘Start Your Engines’ kickoff reception from 3 to 6 pm.

For more information about the Concours and details on weekend events, please visit http://atlantaconcours.org/

One thought on “ATLANTA CONCOURS: EXCEPTIONAL CARS AT CHATEAU ELAN!”