In 1972 I rode in the ’70 MERCEDES-BENZ ‘WANKEL” C 111 SUPERCAR at the Unterturkheim Proving Grounds in Germany & Hagerty’s Colin Golden just experienced the same thrill in Monterey, CA! 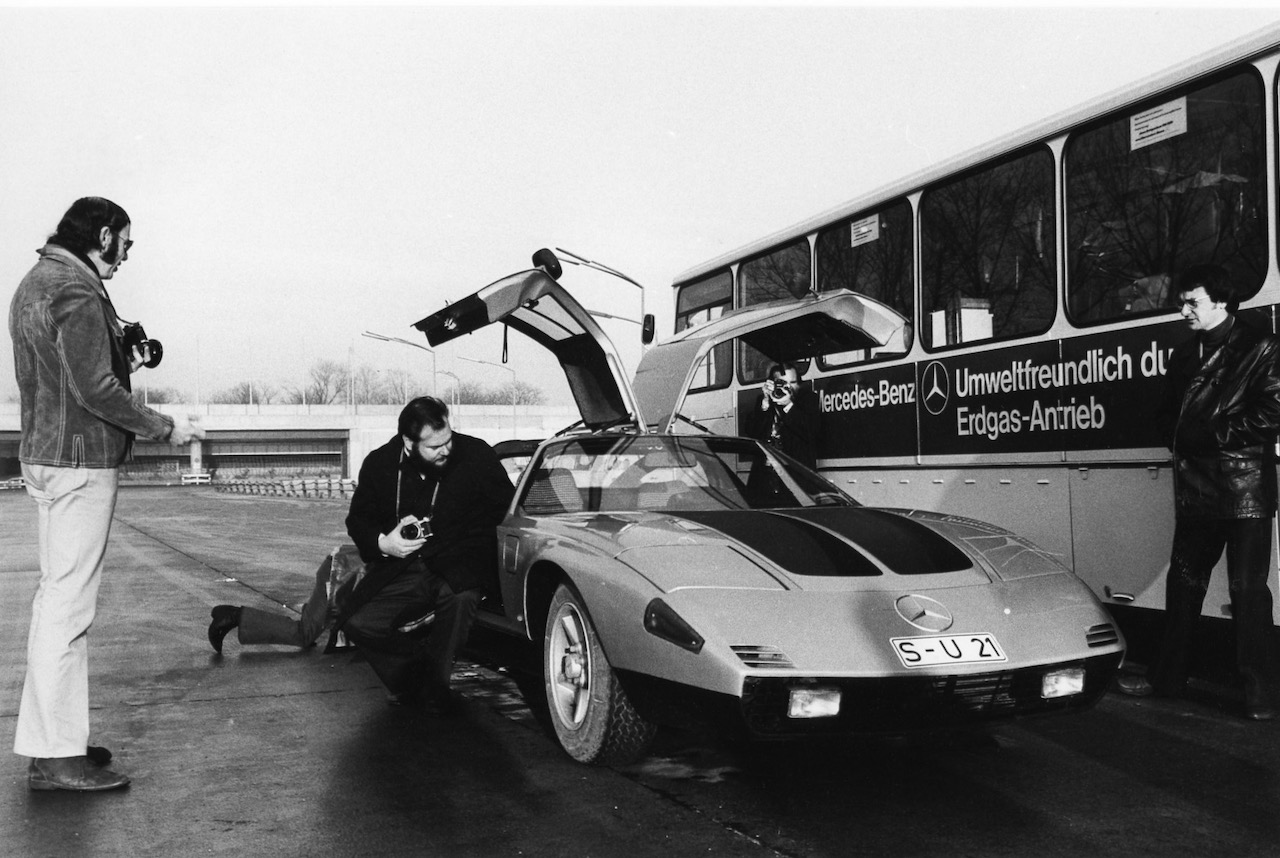 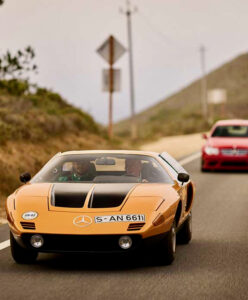 In 1972, I was editor of Hi-Performance CARS Magazine, above, left, and was privileged to spend a few days with Mercedes-Benz driving new cars in Monte Carlo and the Maritime Alps, and a day at Unterturkheim riding with the legendary Rudolph Uhlenhaut, top, in the C 111. Colin Golden, right, blogs about his experience during Monterey Car Week.

“Doesn’t” isn’t equitable to “can’t” when it comes to making fantastical cars. Walk the halls of any major automaker, be it in Milford, Michigan, Toyota City, Stuttgart, or Seoul, and you’ll find scores of talented designers and bright engineers. From an engineering standpoint, there’s very little standing in the way of Kia building a hypercar.

Of course, Kia has no desire to divert billions of bucks and brainpower toward this uncharacteristic and highly unprofitable endeavor. The capabilities and ambitions of engineers and designers tend to run into the brick wall of C-suite prerogatives and balance sheet realities.

Every so often, though, a platoon of engineers gets a healthy line of credit without strings attached. That’s when you get something like the Mercedes-Benz C111-II that I got to ride in during Monterey Car Week. 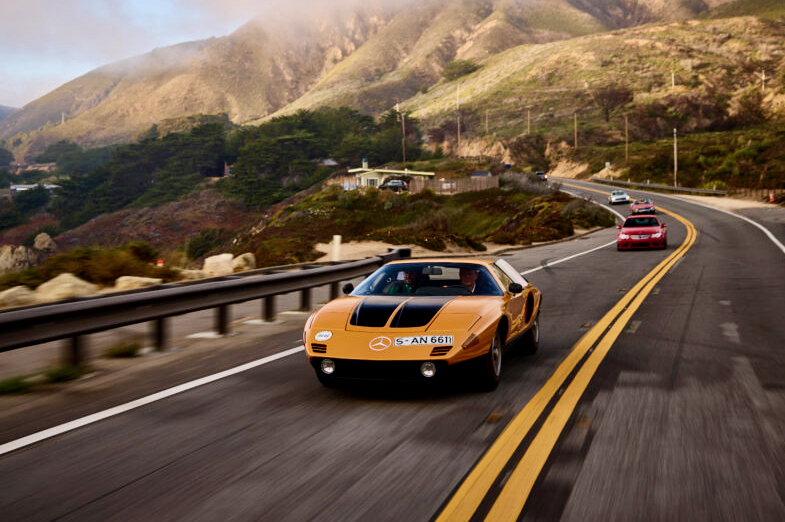 Stuttgart spat out a run of 16 bronze-orange gullwing’d dream-lozenges between 1969 and (at least) 1979 under the C111 banner, all destined for no more than a permanent spot in the archives. These shapely, low-slung coupes were not some failed-in-utero supercar project. Rather, they were highly advanced testbeds and practical concepts that shaped development of Mercedes’ next-gen tech. Aside from enrichening Merc’s understanding of composite materials, safety, and aerodynamics, these concepts were primarily designed for testing the production viability of the Wankel rotary engine (Spoiler: It wasn’t viable. The Wankel proved too thirsty). In essence, they were a demonstration of what Mercedes could do…but chose not to.

It’s not like the demand wasn’t there. A series of public showings and demonstrations of the C111 project led to stacks of blank checks in Benz’ mailroom from hungry customers, the cashing of which would have made even a small production run somewhat viable. But Merc didn’t budge and kept the C111 at the back of the barn, leaving us with a tantalizing view into what a mid-1970s German supercar might have been.

For the complete technical story of the ’70 MERCEDES-BENZ ‘WANKEL” C 111 SUPERCAR, check out https://www.mercedes-benz.com/en/innovation/milestones/50-years-of-mercedes-benz-c-111/