The story of one man finding his moment of glory at the 1970 24 Hours of Daytona. This is an excerpt from the first chapter of Against All Odds by Stephen Cox. 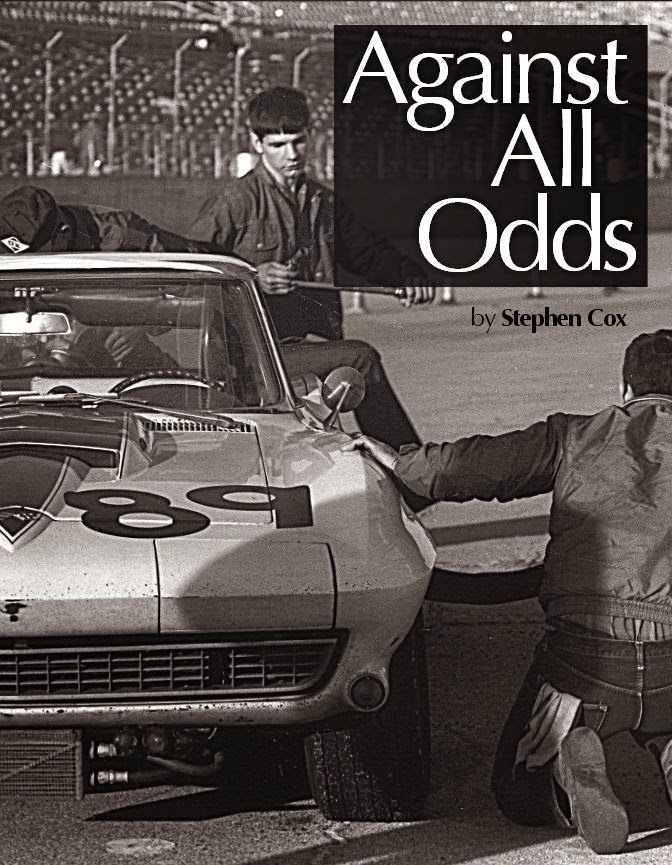 The hands on both stopwatches were still in place after the final practice laps at Daytona International Speedway. Unexpectedly low temperatures had turned their stainless steel casings ice cold, but Jeri Gottlob had no gloves.
She wouldn’t have worn them anyway over her freshly painted red fingernails.

Twenty-two years old, single and pretty, Jeri and her identical twin sister, Janet, had been recruited to keep timing and scoring statistics for their brother’s racing team at the 24 Hours of Daytona. Both had taken time off from their jobs as TWA stewardesses to be at the race.

Jeri’s trackside seat was a random wooden box on pit road with a pillow thrown over it. The cords on her dual stopwatches kept tangling, so she tied them together and hung them around her neck like a scarf. A pair of black sunglasses lay beside her. She didn’t need them yet. It had rained most of the week and the skies were still overcast. A wrinkled brown paper sack lay at her feet but she was too nervous to be hungry. 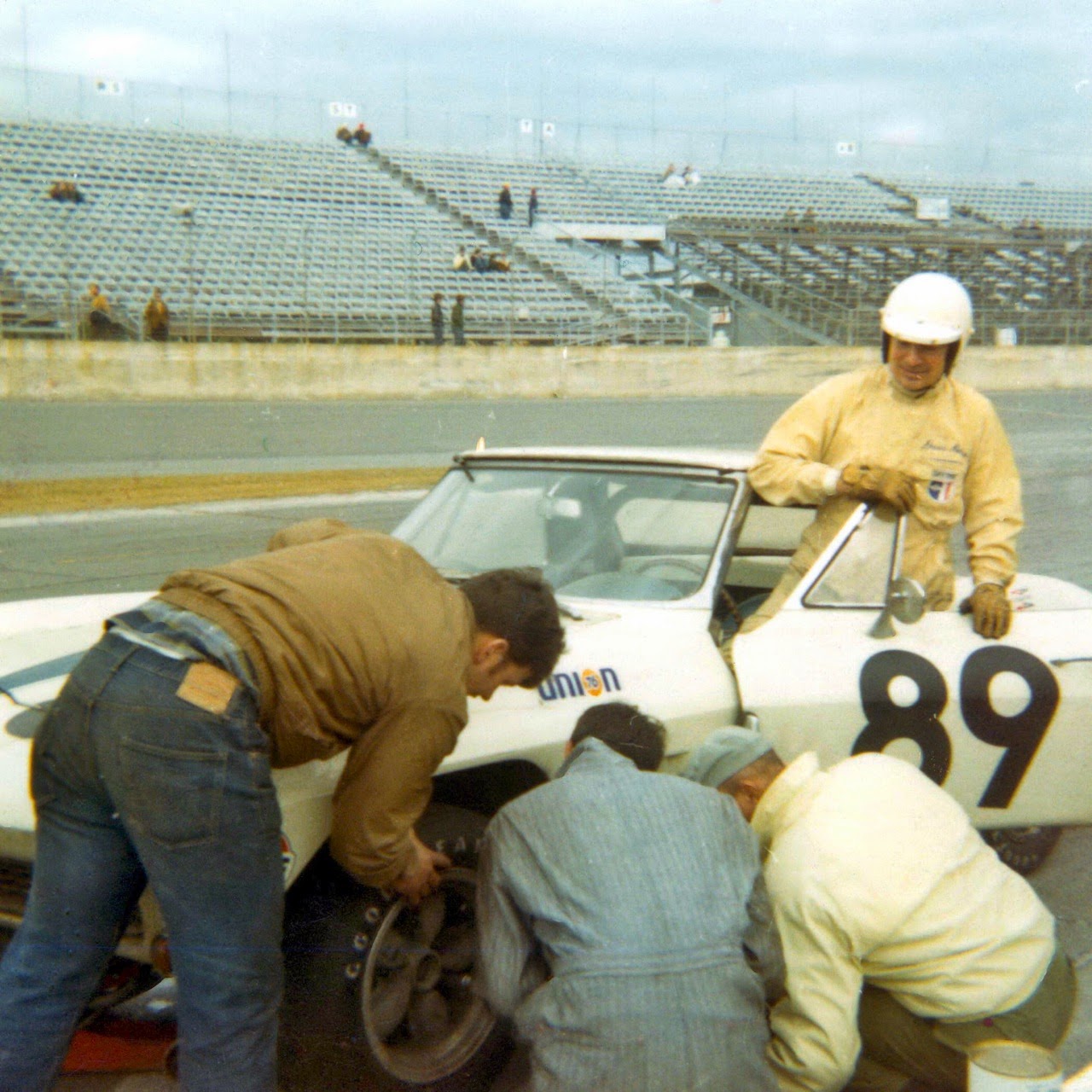 Florida is known for its heat, but on Friday afternoon, January 30, 1970, anyone who had a coat was wearing it. Temperatures had hovered around 32 degrees that morning and it remained cold all day. A pair of race fans seated high on the front stretch sheltered themselves under big white blankets. Team mechanic Jack Blatchford bundled up with two t-shirts under a plaid flannel shirt topped with a brown jacket.

Jeri and Janet kept warm by wearing identical white stitched coats with fur-lined hoods, matching white hats, jeans and red tennis shoes with their hair tied into pigtails using the same red yarn. No one could tell them apart, which they found to be a source of endless amusement.

In the days before digital transponder scoring, everything had to be done manually. Jeri would time each lap on alternating stopwatches and record the result on a clipboard with the yellow Number 2 pencil in her left hand. Janet would repeat the process as a fail-safe. After each session, their brother, team owner and primary driver, Cliff Gottlob, would check the latest lap times.

But now Jeri could only sit by and wonder what was happening. A tense conversation was taking place around Chevrolet L88 Corvette #21550, which sat idly on pit lane while practice continued out on the track. Co-driver Dave Dooley, a consistent winner in SCCA regional road races, climbed out of the cockpit and joined the huddle as the crew checked over the car. 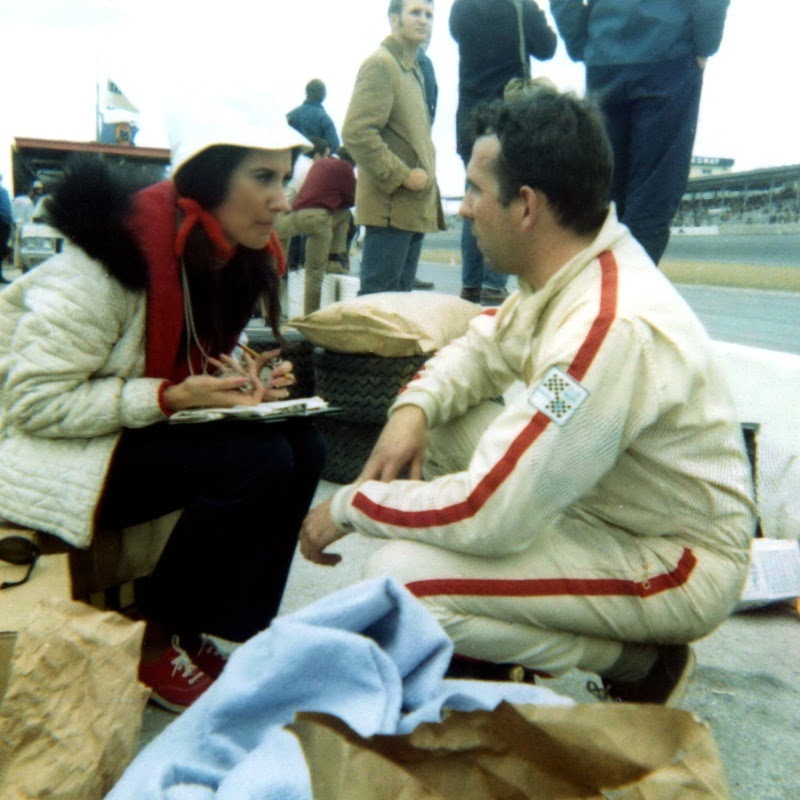 After expending a superhuman effort just to get there, it looked as if the team’s once-in-a-lifetime chance at America’s premier road racing title was doomed.

Gottlob ducked out of the conversation, stepped over the white, knee-high pit wall and squatted down on the asphalt in front of Jeri, who was camouflaging her nerves by reviewing lap times. Gottlob wore an off-white fire suit with red trim, gray socks with black canvas tennis shoes, and no gloves. He had worn a crash helmet most of the day and his curly black hair needed attention.

Jeri glanced up with an intense look. Gottlob said something that couldn’t be heard over the roar of racecars, but she didn’t have to hear him. She could tell by the look on his face that they had serious problems.

Gottlob tried to explain that the transmission had failed after first gear froze up. Dooley was fast, but he had consistently driven the car beyond its 6,800-rpm limit and the transmission couldn’t take the stress. The gear had welded itself to the main shaft. Even if they could find an auto parts store still open late on a Friday afternoon, the team was out of money.

It would be nearly impossible to run the 24 Hours of Daytona now. To get this close and fail after struggling through so many obstacles was heartbreaking.

But team mechanic Jack Blatchford was still hopeful. He knew that Cliff Gottlob had made a career of doing the impossible. Continue reading here: http://www.ultimatel88.com/
http://carguychronicles.com/wp-content/uploads/2014/03/againstallodds.pdf