Skip to content
Our man on the track, Mike Matune, brings you four days of glorious historic racing at Virginia International Raceway. 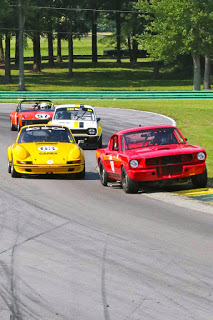 Sean Brown’s Ford Escort RS “tribute”, below, is finished to FIA period standards complete with a mechanically-fuel-injected Cosworth BDG. He would go on to dominate Group 3 over the weekend. Not routinely seen in the U.S., the Escort was produced over a 30-plus years in the UK. Recently the Escort was named the favorite Ford of all time by a UK-based group, narrowly beating out the Capri. 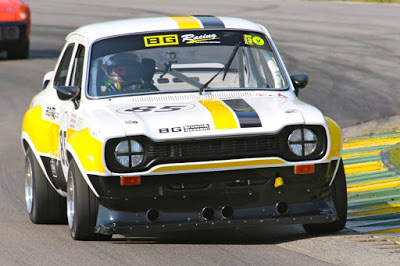 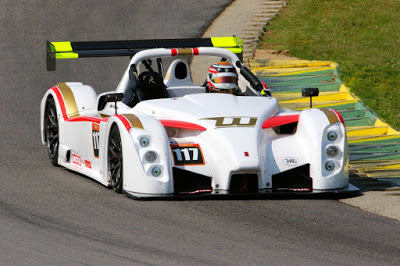 With Wisko as the naming sponsor and considering they are a Radical dealer located on the grounds at VIR, logic would say that a race for the machines would be part of the festivities and fans weren’t disappointed. So what is a Radical? It’s a UK-constructed, purpose-built, tube-chassis racecar. They are available with four different powerplants and in a variety of configurations. Peter Strasser’s car, driven by Colin Braun, represents the sharp end of the hierarchy with a Suzuki-based motorcycle V8 backed by a pneumatically-shifted seven-speed sequential gearbox. Weighing about 1,900 pounds, performance is outstanding. 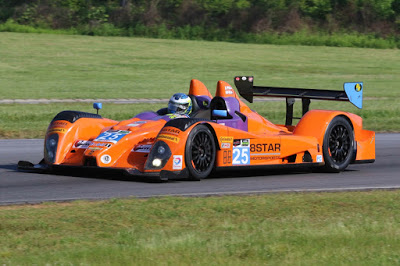 Vintage racing doesn’t mean slow racing as Larry Huang proved with his Oreca FLM09 LPC. The engine is a Chevy LS3. To call it stock might be an understatement, but development is significantly limited. Oreca used carbon fiber throughout the car, including the tub and brakes. Before Huang acquired it, it was a wining racecar campaigned by 8Star Motorsports. Here he slows the car for Turn 10 and looks towards the apex. 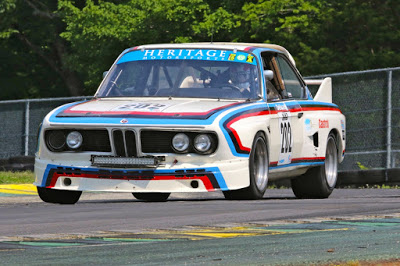 “CH” DeHaan turns hard into Turn 12 in his BMW CSL. The car features a turbocharged 3.5-liter straight six. Its lineage is not clear, but the car is thought to have competed in late-1970s Touring Car racing in New Zealand. 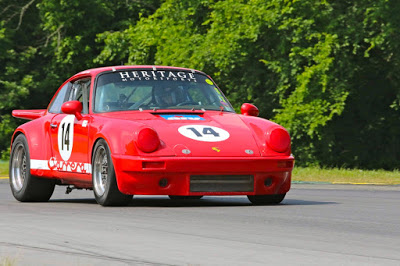 Kathy Blaha put her Porsche 911 RSR on the podium for Sunday’s RS Cup race. Here she moves out of the “Hog Pen”, otherwise known as Turn 17. The RS Cup is HSR’s series for classic Porsche racers from the 1970s. 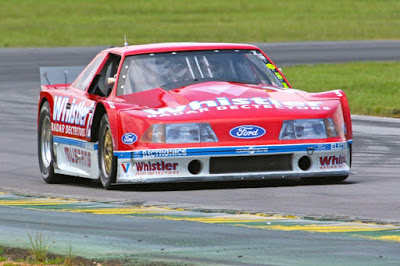 In the late-1970s, this Mustang was constructed as a backup for Glenn Fox in the Trans-Am. It would never turn a wheel in anger and bounced around a bit before returning to the track as a vintage racecar. Today it has a 358-inch, Ernie Elliot constructed small-block Ford backed by a Hewland five-speed. If the livery looks familiar it should, it was copied from Dorsey Schroeder’s 1989 Trans-Am series-winning car. Richard Howe drove the car with gusto, taking one of the Weather Tech Feature Races. 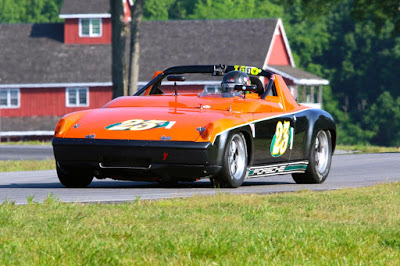 Brenda Johnson’s Porsche 914/6 was originally built for Bob Snodgrass of Brumos Porsche as a vintage racer and has appeared with a number of celebrity drivers at events across the country. Its two-liter SOHC flat six ably propelled Brenda smartly around VIR, rushing past its lush grounds and distinctive red buildings. 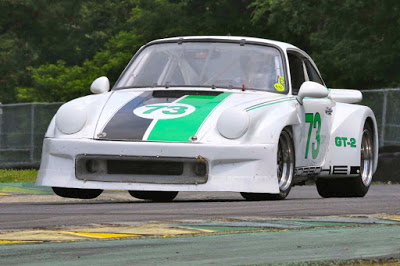 Some will tell you that a measure of how hard a Porsche 911 is being driven is how high its front inside wheel is off the ground! Should that be true, then Jeff Mitchell is giving it his all as he rounds “Oak Tree” heading onto the back straight. Mitchell’s car has coil-over suspension, 3.0-liter motivation and a 915 transmission. 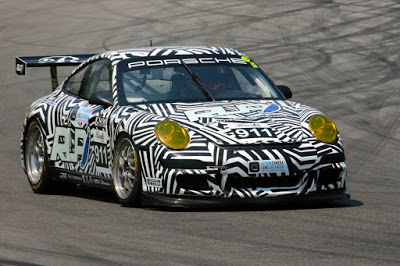 Jonathon Ziegelman, a refugee from the Brazilian Porsche Supercup series, drove this Zebra-striped Porsche 997-1 Cup Car. Cars meeting GT specifications and being between 10 and 15 years old have a place to race in HSR’s Global GT series. 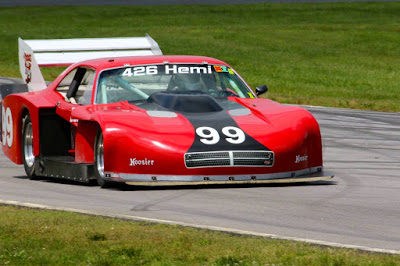 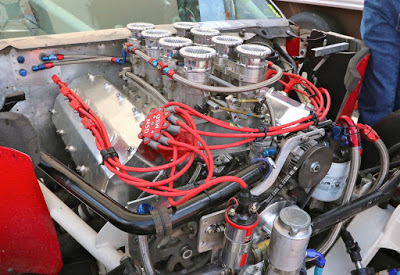 When the performance delta grew too large between American and foreign competitors in IMSA, the AAGT car was created. Glenn Bunch Dodge Challenger is a veteran of that period. To get a flavor for what this car can do, search Glenn Bunch Challenger on YouTube. There is a lot of detail to observe on Bunch’s Challenger, but the engine isn’t to be missed. Based on a Keith Black aluminum 4.5-inch bore block with Stage V heads, it draws through four 60-mm Gene Berg downdraft carburetors normally found on drag racing VWs. They sit on top of a manifold originally designed for a flat bottom drag racing boat!

Thanks to Amber Noya and Crista Walker for their help with credentials.