Skip to content
The 21st annual Amelia Island Concours d’Elegance will feature and celebrate the rare and exotic Spanish Pegaso. 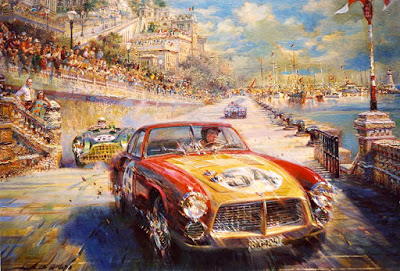 Pegaso is Spanish for Pegasus, the winged divine stallion usually depicted as pure white on the Pegaso insignia. Pegasus’ mythological role was to deliver thunderbolts to Zeus. Appropriate, because that was the thunderous effect the stunning Pegaso Thrill coupe had on the 1953 Turin Auto Show when the Spanish Touring-bodied grand touring coupe made its public debut.

“That such an elegant advanced design could come from a marketing plan promoting plebian commercial vehicles is a testament to the genius, vision and skill of engineer Wifredo Ricart,” said Bill Warner, founder and Chairman of the Amelia Island Concours d’Elegance.

Ricart was the suave, articulate (he spoke five languages) and urbane creator of the Pegaso automobile. From his arrival at Alfa Romeo in 1936, Ricart was Enzo Ferrari’s nemesis, finally displacing him and creating a fleet of advanced and remarkably complex Grand Prix and competition sports and touring cars. World War II halted Ricart’s leading edge designs for Alfa Romeo and saw him return to his native Spain. 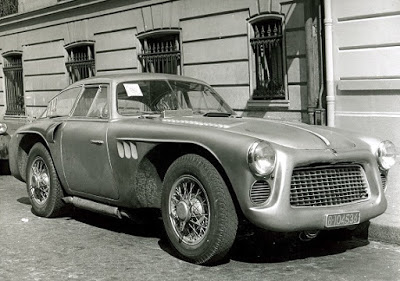 The Pegaso Z-102 was practically a grand touring coupe on a Grand Prix racecar chassis; exquisitely detailed with a supercharged, four-cam V-8 of 2.5 liters, a five-speed constant mesh transaxle suspended by torsion bars and one of the most elegant de Dion rear suspensions conceived. Built in immaculately clean workshops by apprentices who were not troubled with the realities of modern mass production or the pressure of a time clock, Pegaso roadsters and coupes were the most exotic road toys for the hyper-rich in the mid-1950s.

A mere 84 Pegaso cars were created as nothing more than an advanced apprentice training program for the giant truck, bus and armored car manufacturing enterprise that took root, appropriately, in the former Hispano-Suiza factory in Barcelona, Spain.

“Pegasos are technically extravagant cars,” said Warner. “It’s period Formula 1 technology for the road, wrapped in coachwork by the likes of Touring and Saoutchik. The Pegaso Z-102 did exactly what Ricart and the Spanish government wanted: it brought Spanish industry to the attention of the world, and did it in a very glamorous way.”

Nearly ten percent of Pegaso’s total car production will be on the field of the 21st annual Amelia Island Concours d’Elegance on Sunday, March 13, 2016.