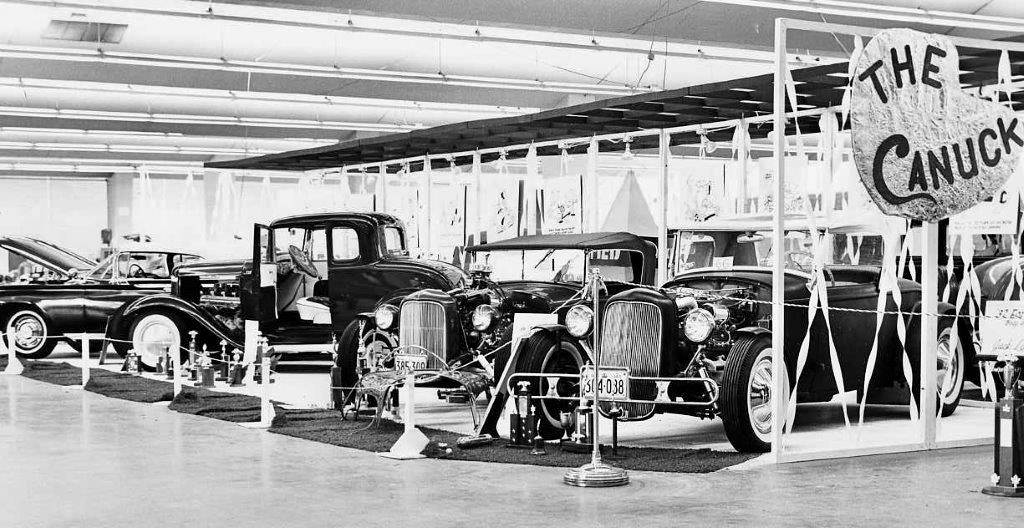 I’ve got a lot of stuff in my “archive.” I mean a whole lotta stuff. Just in terms of photos–color, black-and-white, prints, negatives, slides, proof sheets, digital–there are 30,000-some images. No way I can count them. It’s just an estimate, and it’s probably way low. But besides those, there are magazines (most from Vol 1, No. 1), books, racing and show programs, audio tapes, not to mention all kinds of what I call hot rodabilia, or “collectibles”: decals, hat pins, dash plaques, business cards, shirts and jackets, model cars and unbuilt kits. I can’t even think of all of it (some of which I will show in upcoming columns). Bill and Sabina really want me to do a podcast with my interview tapes – and I should. But I still have cars to finish in the garage, races to run, trips to take, models to build (hah!), not to mention plenty of things that don’t involve cars. So, this bi-weekly blog (plus my Instagram–@patganahl–that Bill puts up for me) is my feeble attempt to share as much of this with you as I can in however much time I have left on this planet.

Whew.  Where did all that come from? All I really meant to say was that I have one drawer in a file cabinet labeled “Old Shows and Racing” or something like that, and in it are 20+ folders of B&W photos from custom car shows in big cities all across the U.S. and Canada from the 1960 -1961 season. That was the first year for Bob Larivee’s International Show Car Association (ISCA) and it’s my hunch that he paid freelance photographers (primarily Bob Hegge of St. Louis) to go to these shows, shoot lots of photos, and send them to various magazines to get coverage and publicity. The best part is that these 8 x 10 prints have short typed captions taped to them, so I have some info. The bad part is that these folders, which someone dumped in the Petersen Pub. trash and I rescued years ago, are apparently the leftovers (or what we call “outtakes”) after editors picked the best ones for articles. So, these might not be the big trophy winners, but they are indicative of what rodders and customizers were building, and showing, at the beginning of the Sixties. 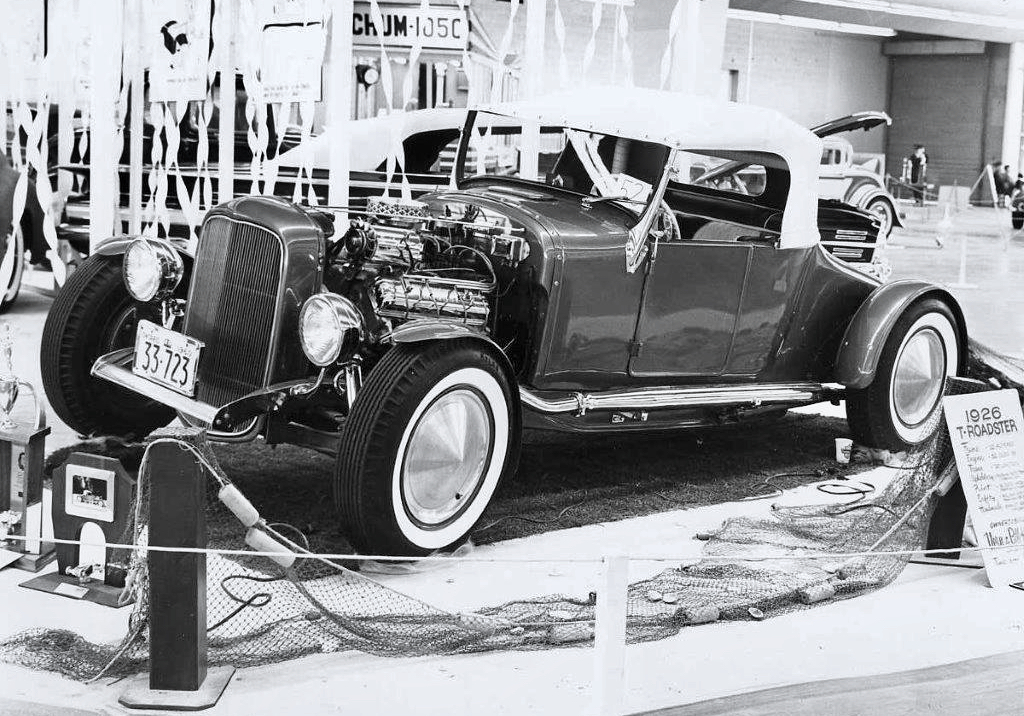 For instance, Vern and Bill Harris’ ’26 T roadster, above, mounted on a ’32 frame with a ’52 Olds V8 and Lincoln trans. The fenders, exhaust, and (rear?) nerf bars were handmade. With medium whitewalls, one item I’ve never seen are the brushed aluminum wheelcovers that look like a cross between Moons and ’57 Plymouth types. The Harris brothers(?) were from Downsview, Ontario, Canada, and that’s my cue to tell you this was the SpeedSport ’61 car show held at Queen Elizabeth Hall in Toronto on Jan. 27-28. I pulled this folder because it had lots of good print photos, with captions from 1960-1961 ROD & CUSTOM CAR SHOWS

And what made me think about using one of these ’60-’61 car shows as this week’s topic is the fact that these big indoor car shows have long been a wintertime activity, when snow and freezing temps preclude drag races or other outdoor activities for car owners of all types, and a warm, brightly lit auditorium full of colorful and chromed vehicles is a great place to draw plenty of spectators. What further made me think of this is that we had our huge Grand National Roadster Show at the L.A. County Fairgrounds a couple weeks ago, and not only was there no snow on the ground, but it’s been close to 90 degrees every day since then here in parched SoCal. I understand it’s not like this where lots of you live. And Bob Hegge (who took these photos) noted in one of his jam-packed crowd shots that it snowed 12 inches in Toronto the night before the show opened, which seemed to draw even more spectators. OK, let’s see what was there. 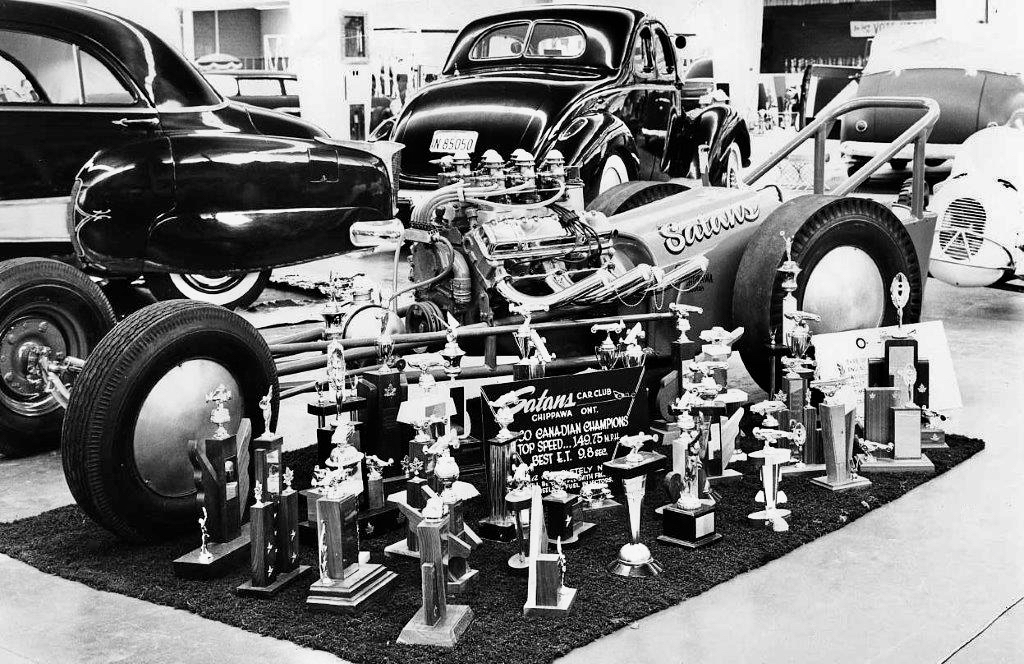