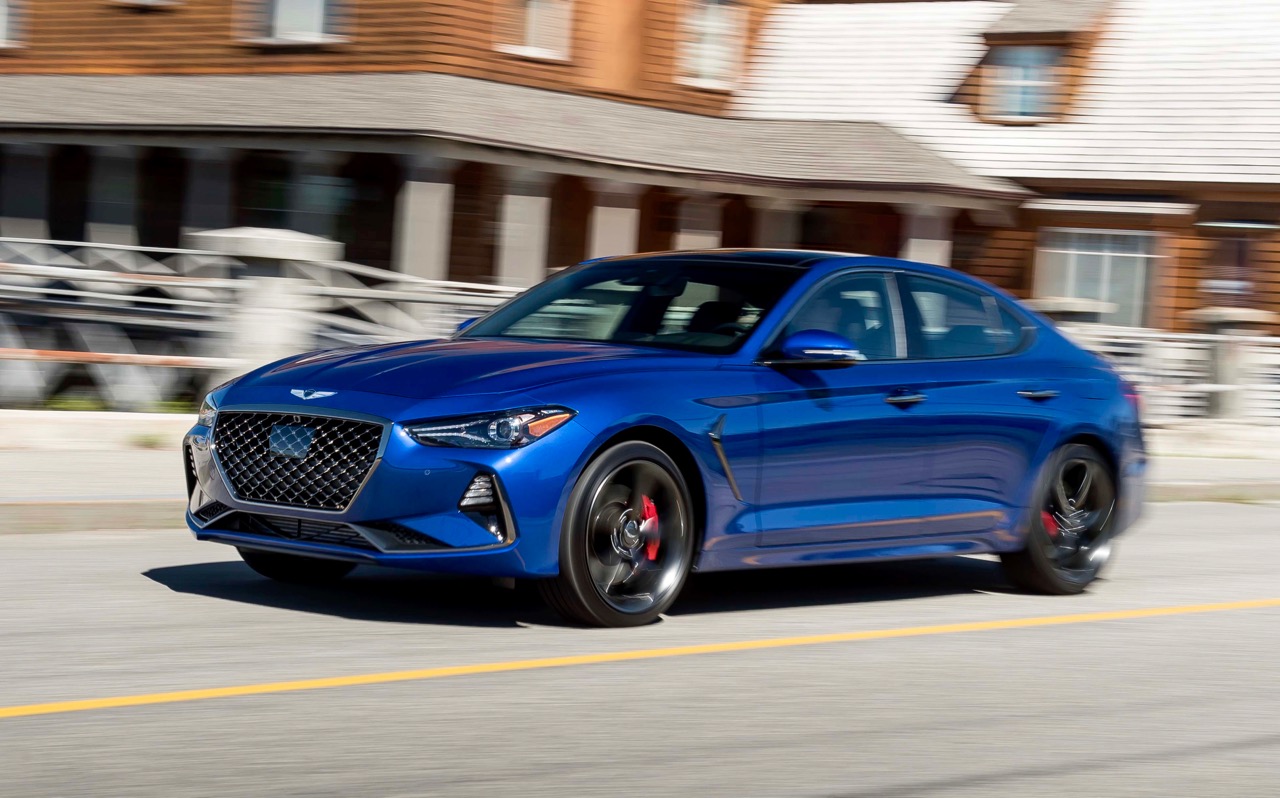 If Phil Collins is the first thing that comes to mind when you hear the word Genesis, maybe you haven’t bought a luxury sedan lately.

While the wrinkly Genesis drummer should make a perfect target-buyer for a high-luxe $72,000 Genesis G90 flagship, I’m guessing Bentleys and Rollers are more his thing these days.

It was the fancy G90, along with the BMW 5-Series sized G80, that helped establish the Korean brand following its launch in 2016. Now, Hyundai’s luxury car division is shifting into high gear with the arrival next month of its new, fresh-faced mainstream challenger, the G70. 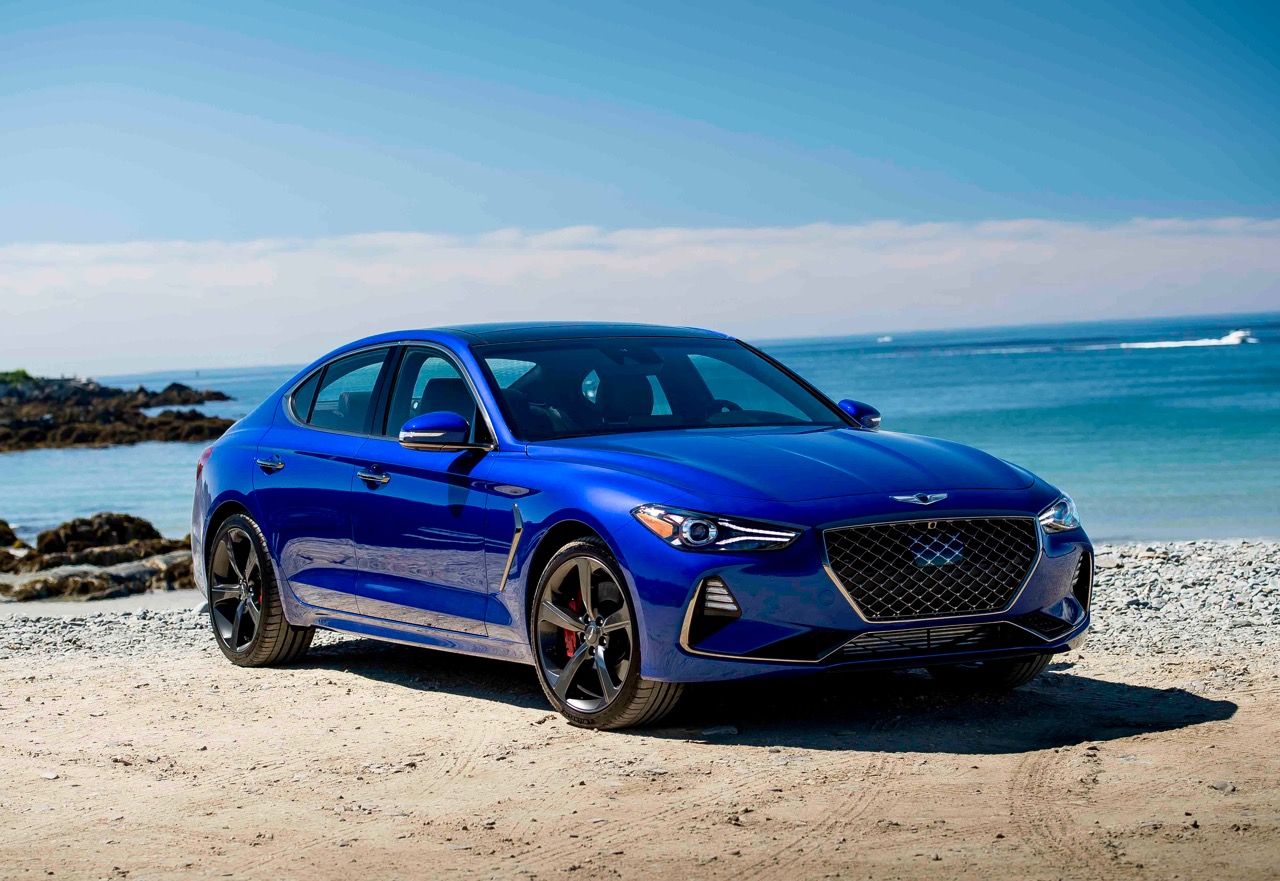 Priced from $35,000 and topping out in the mid-$50,000s, this fine-looking four-door will go head-to-head with a crowded-house of near-luxury rivals, like Audi’s A4, the Alfa Romeo Guilia, BMW 3-series, Merc C-Class, Caddy ATS, Lexus IS and Jaguar XE. It’s certainly a formidable challenger that’s big on style, luxury and equipment, and all at a price that’s thousands less than the opposition.

But while the come-hither sticker might be the first thing to grab your attention, this new G70 is much, much more than a value leader. For starters, it looks terrific. It’s all long hood, raked-back windshield, and a roof line that looks like a rolling wave. Those muscular haunches over the rear wheels are as beefy as John Cena’s shoulders. Viewed in profile, the car’s a piece of head-turning art. And some of the detailing is just sublime. The chrome swoosh behind the front wheels, the slim rows of LEDs in the headlights, the trademark ‘Crest Grille’ the G70 shares with its bigger siblings. Just gorgeous! 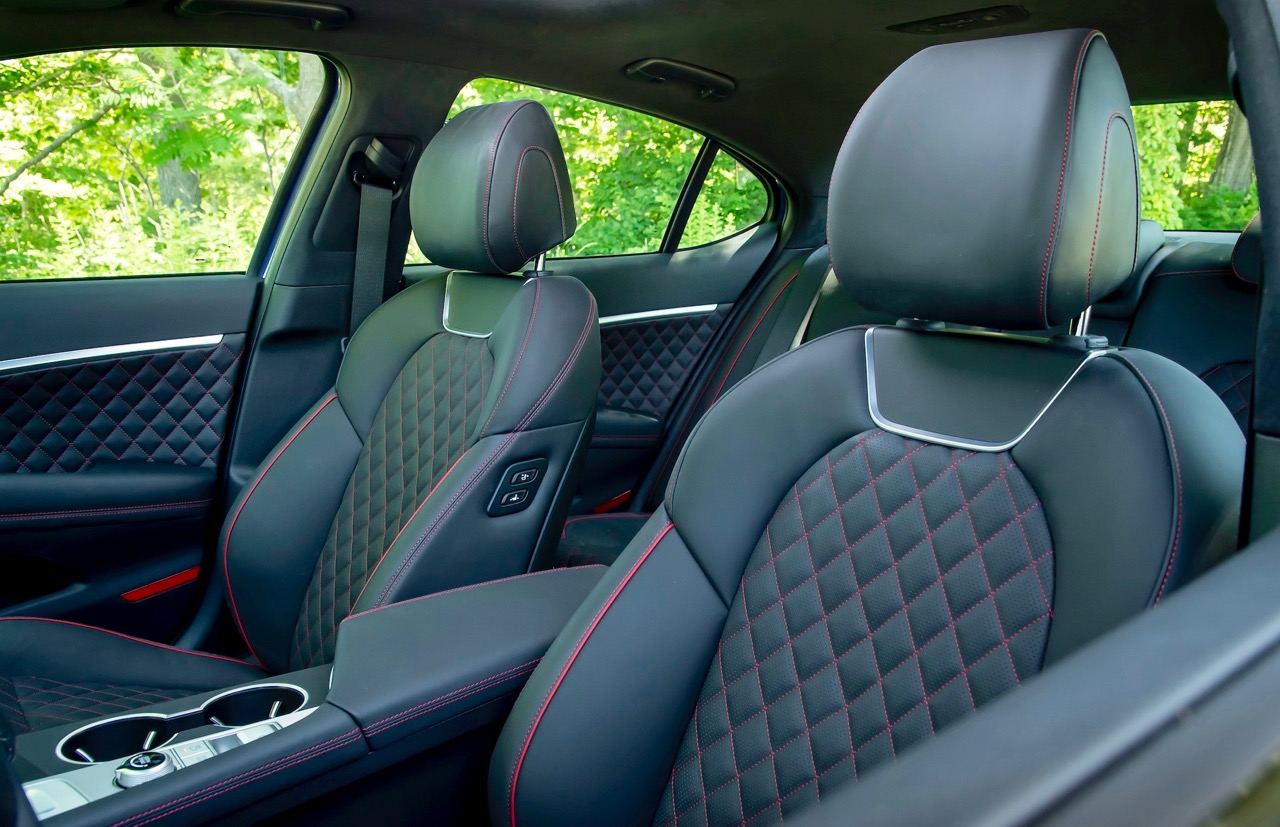 Pop open a door and the surprise and delights are even more plentiful. The cabin is a sea of diamond-quilted leather with contrast-color stitching and knurled aluminum detailing around the controls and central cup holders. For a second, I thought I’d climbed into a Bentley by mistake. The attention to detail, the fit and finish, the richness of textures and the unfussy, open design is quite spectacular. This is without doubt the best-looking cabin in this class. Oh, did I mention the guy who heads-up design at Genesis came from Bentley? 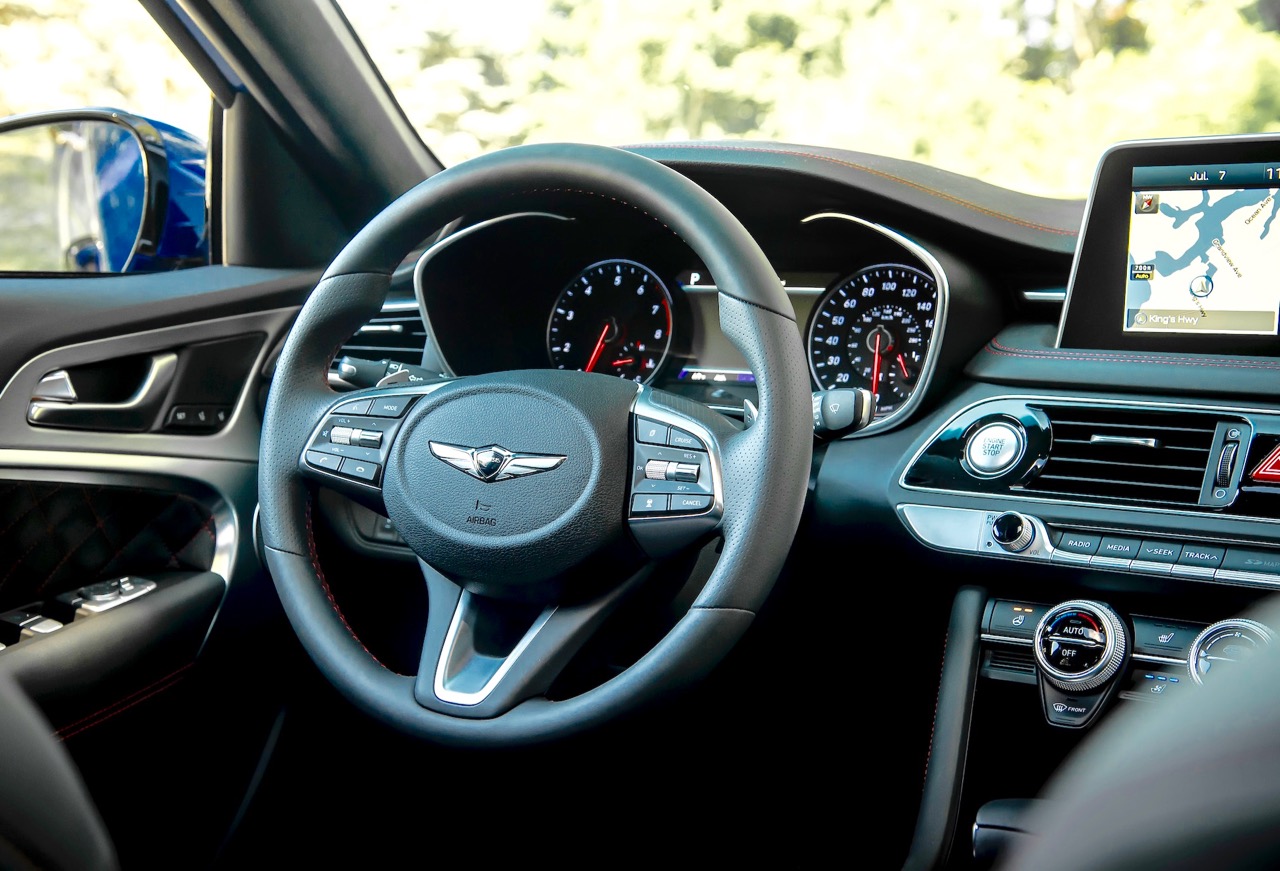 Where the G70 also scores big over the opposition is in interior space. While most rivals offer the kind of rear seat legroom best suited to toddlers, the Genesis is generous in its rear-seat accommodation and trunk space.

Propulsion choices include a 365-horsepower 3.3-liter twin-turbo V6, or a 2.0-liter turbocharged four-cylinder packing 252-horsepower. That V6 is a sweetheart. It’s super-quiet, refined and smoother than Roger Moore as 007! Yet when you step on the gas, it can punch the G70 from 0-to-60 mph in a mere 4.5 seconds. That’s quick. 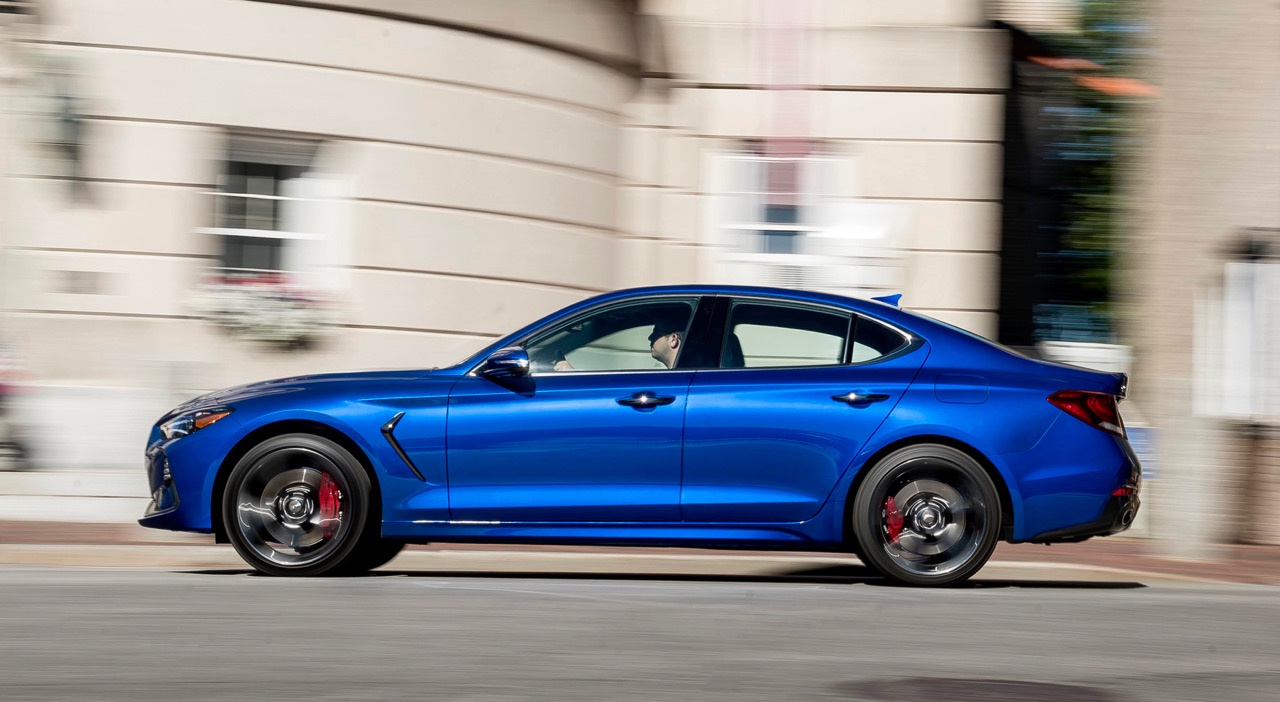 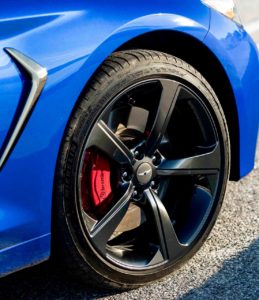 During a recent media drive up and around Portland, ME, I also spent some time in the 2.0-liter turbo. With its muscley mid-range thrust and eagerness to rev, I found it powerful and eager enough for most driving. Both engines are mated to a Teflon-smooth eight-speed automatic, though for enthusiasts, the 2.0T is offered with a six-speed manual shifter. Not that anyone will ever buy a G70 with one.

On the road, both V6 and 2.0 have impeccable road manners. With rear-wheel drive as standard, and all-wheel drive as a worthwhile option, the G70 positively dances through curves. There’s real precision and feedback through the steering, and just the right amount of weighting. This car is fun. 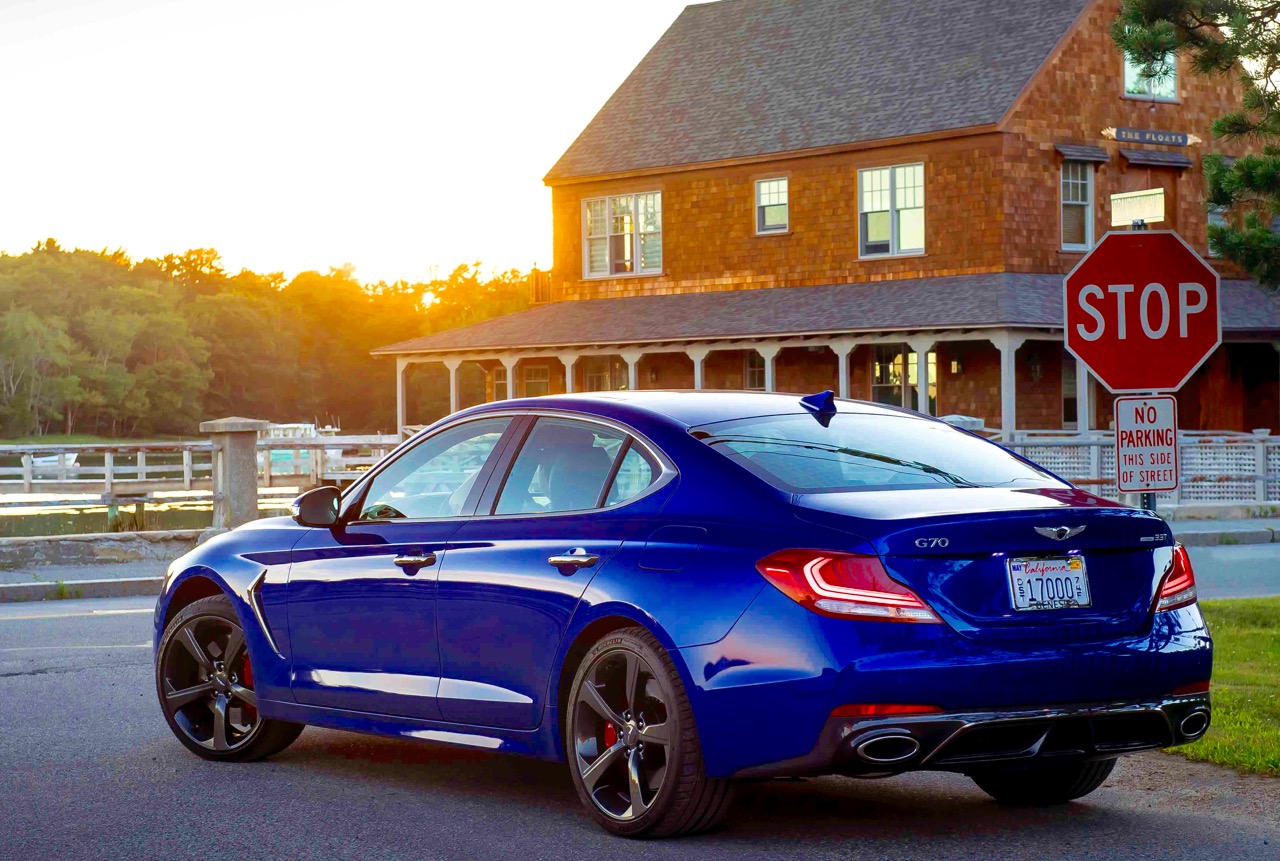 And adding to the luxury feel of the G70 is a ride that’s smooth and absorbent even over the lumpiest of blacktop. Yes, you can pay extra for adaptive suspension that adds extra firmness and spices up the throttle and steering response – it even makes the exhaust sound fruitier – but it’s not necessary. 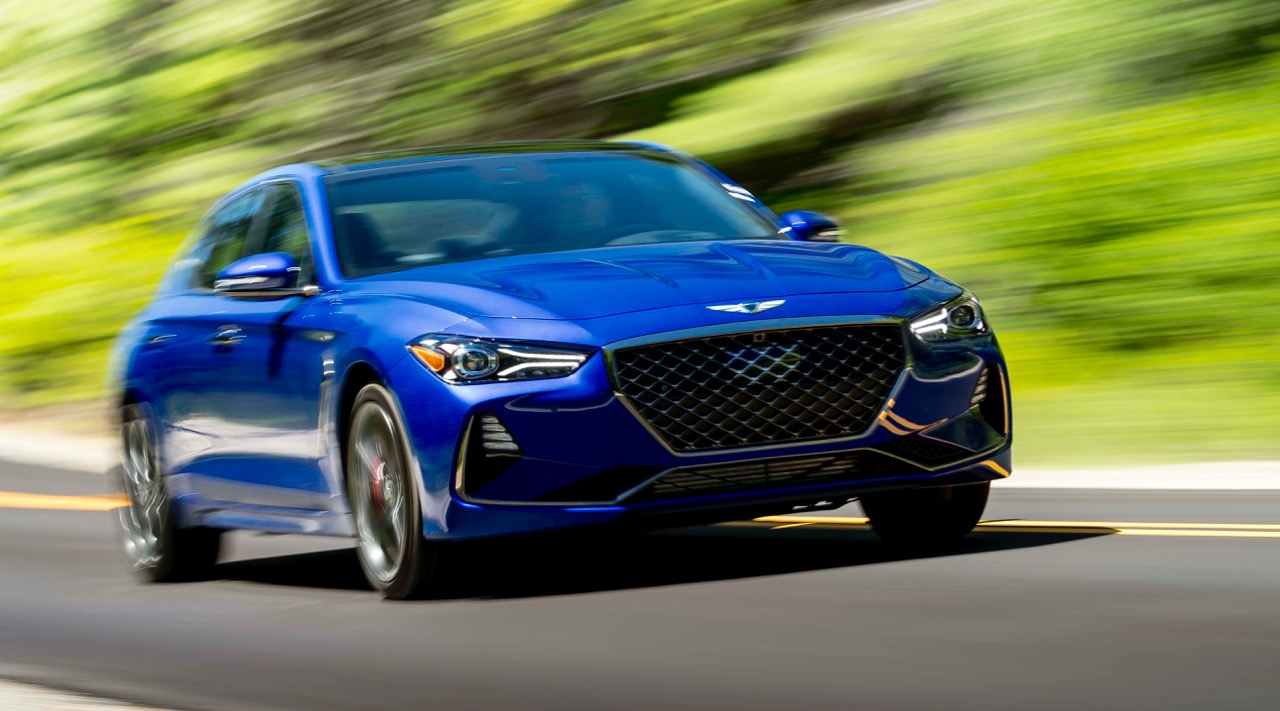 After a full day of driving – including some spirited track time – I came away extremely impressed with this new G70. Its handsome good looks, its terrific cabin, fun-to-drive character and silky-smooth refinement makes it a real contender in this ultra-competitive, though sadly-shrinking, class.

Now if only Genesis could build a, SUV version of the G70, they’d have a real winner on their hands!

For more information about the latest vehicles from Genesis, please visit https://www.genesis.com/us/en/genesis-future-vehicles-gv80.html