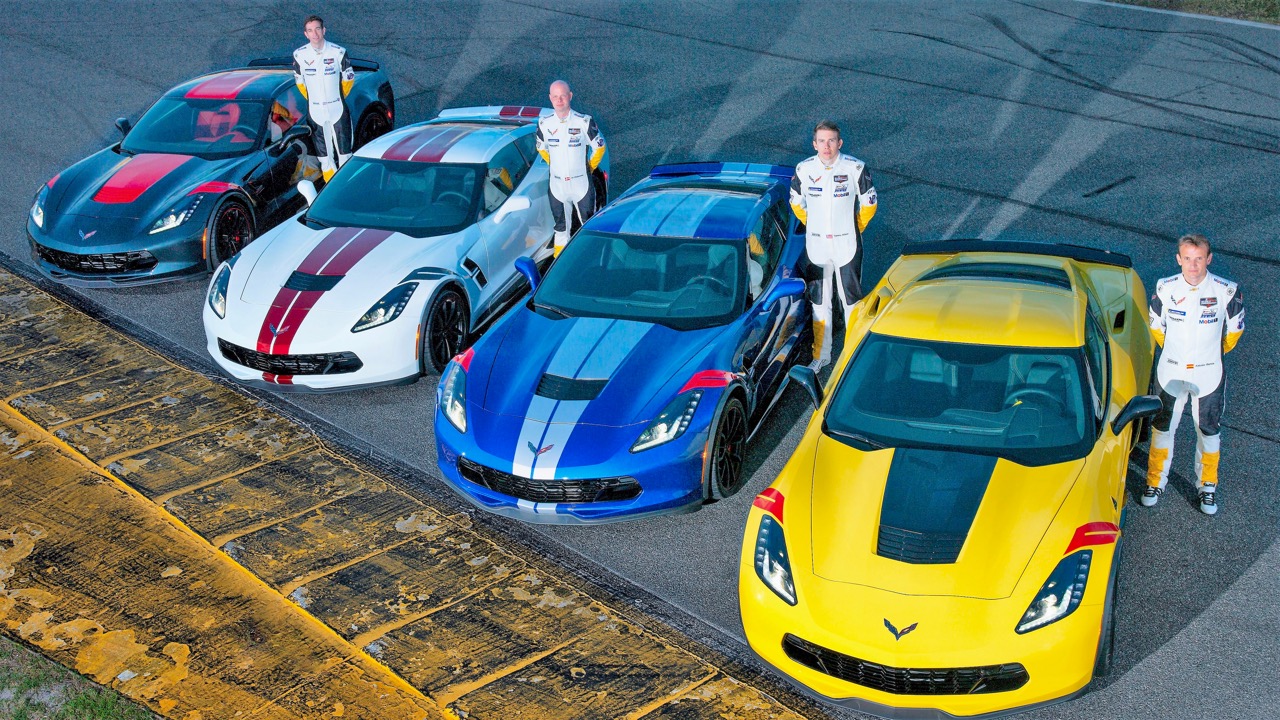 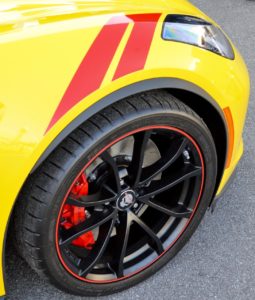 It was so good that Chevrolet made history by creating the limited-to-399 white-and-red Chevrolet Ron Fellows ALMS GT1 Champion Corvette Z06, below, in 2007. It got chrome wheels, a low-profile rear spoiler, and Arctic White paint with red-and-silver stripes on the front fenders, evoking the Corvette GT1s that Fellows navigated to victory. Add Ron’s autograph on a fender stripe, and for $77,500 you could get one with the Z06 7-liter, 505-horsepower engine. 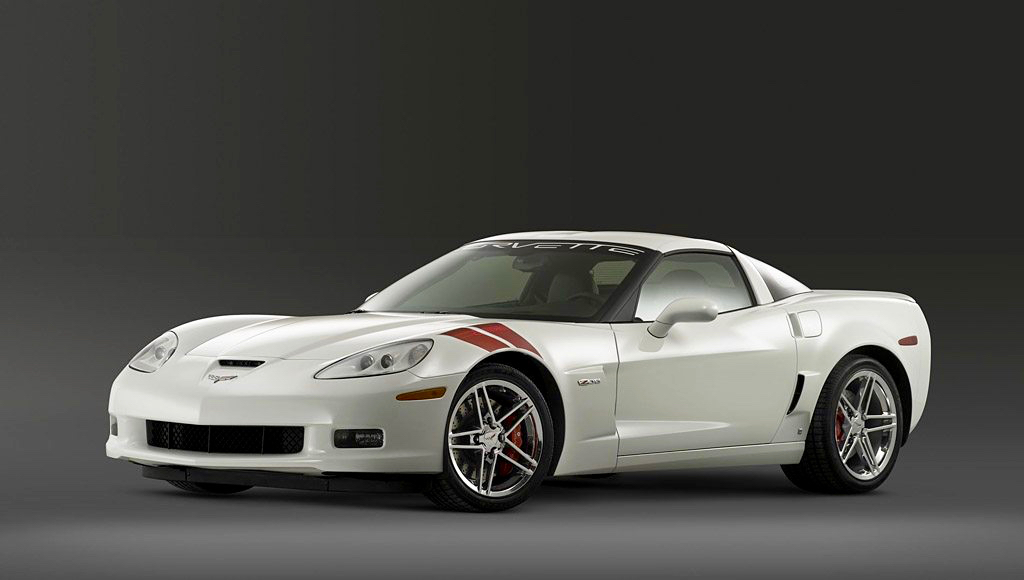 It was a cold and windy Saturday only a few weeks ago when Chevrolet made history again. For only the second time, a pair of Mobil 1/SiriusXM Chevrolet Corvette C7.Rs competed in this year’s Rolex 24 At Daytona against Porsches, BMWs, Lexuses, Ferraris, Ford GTs and rain. At the same time, four special Grand Sport models were shown to thousands of race fans at the Chevrolet Media Center behind Daytona’s pits. 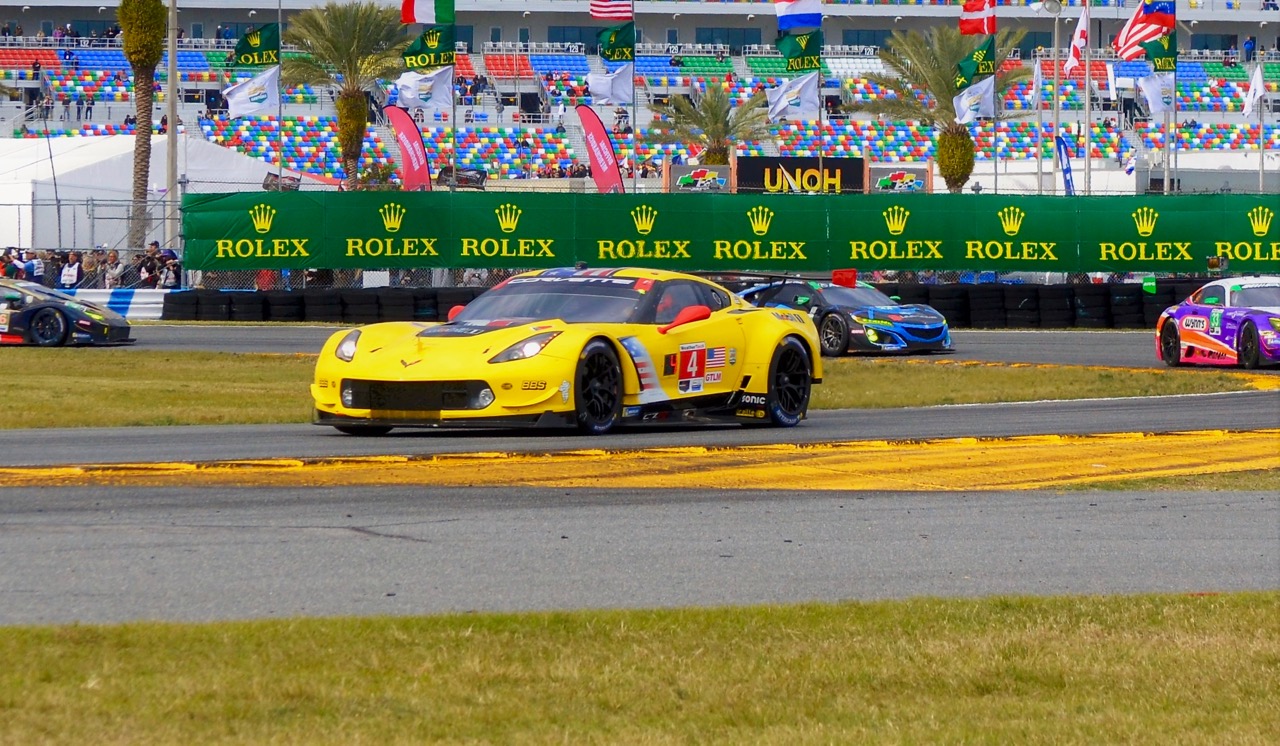 “He thought, boy what a perfect opportunity to engage our championship winning drivers with our Corvette design themes,” Christensen said. “Corvette is sort of the epitome of track to street, and everything we do in racing has an influence on our street cars. And since we were just clean off a three-peat for team championship, they thought, ‘Wouldn’t it be cool to do one for each of the drivers?’ So it’s just having a little bit of fun bringing some of the drivers’ personality in.”

Lined up infield were the No. 001s of the four Drivers Series cars, specific exterior color and unique graphics inspired by each driver, Christensen said. Nothing exotic was done to the Grand Sports, just raiding the “parts bin,” he said.

“So what are the current options, colors and features?,” he said. “Luckily Corvette has a lot of combinations and are very customizable and Kirk (Bennion) had some ideas. Well versed in Corvettes, the drivers gave designers input at race tracks last year, plus at the race shop and during conference calls”, Christensen said. The results were dramatic, even under cloudy skies. 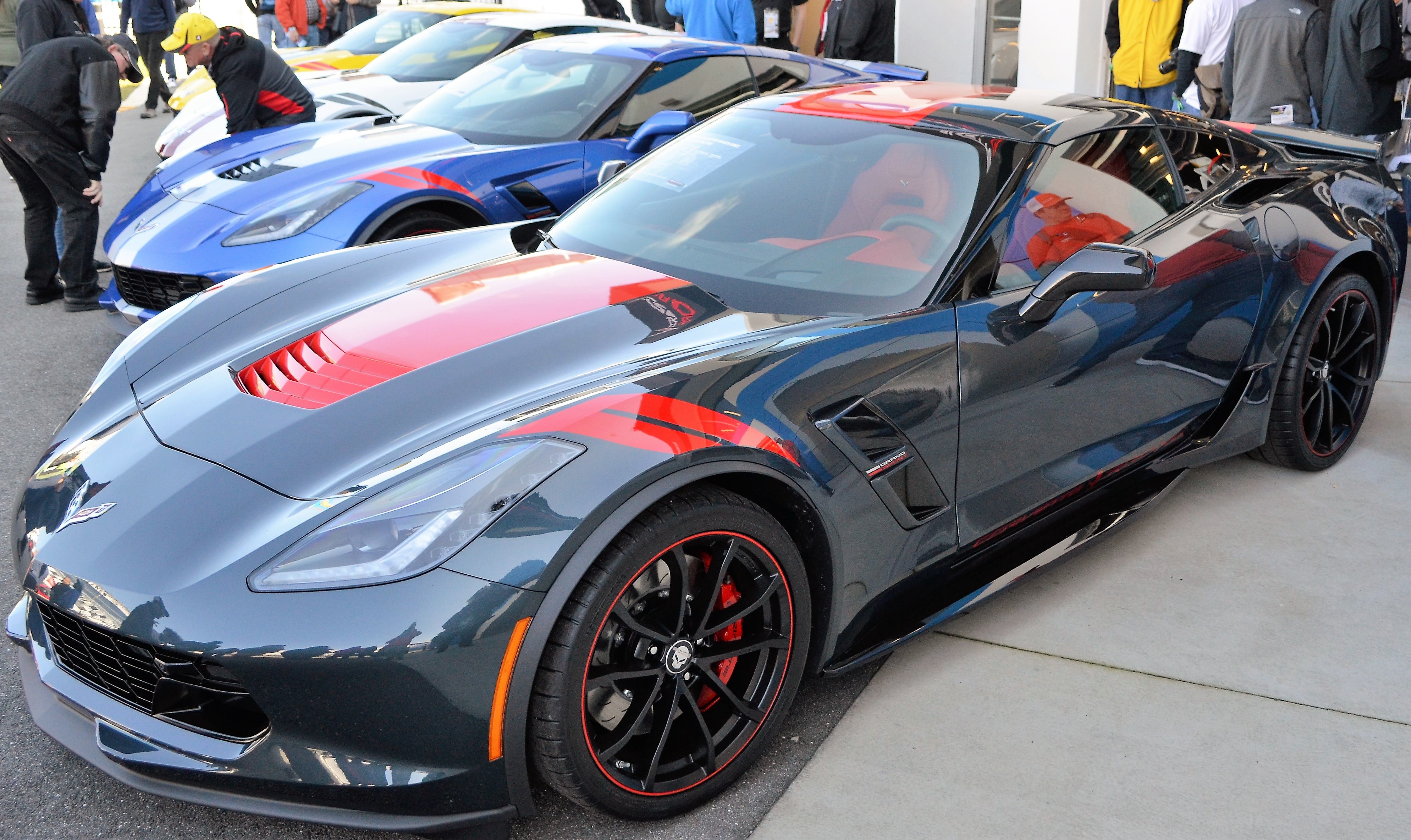 “That’s where they started the theme – get close to his helmet that he’s used for his whole career, and a pretty iconic design,” Christensen said. “It’s tying it all in, the dark gray color that has a blue tint so it’s close to his helmet. The red stripe down the center, relates to GS heritage stripes. The unique wheels with red stripe and red calipers and red interior round out the theme.” 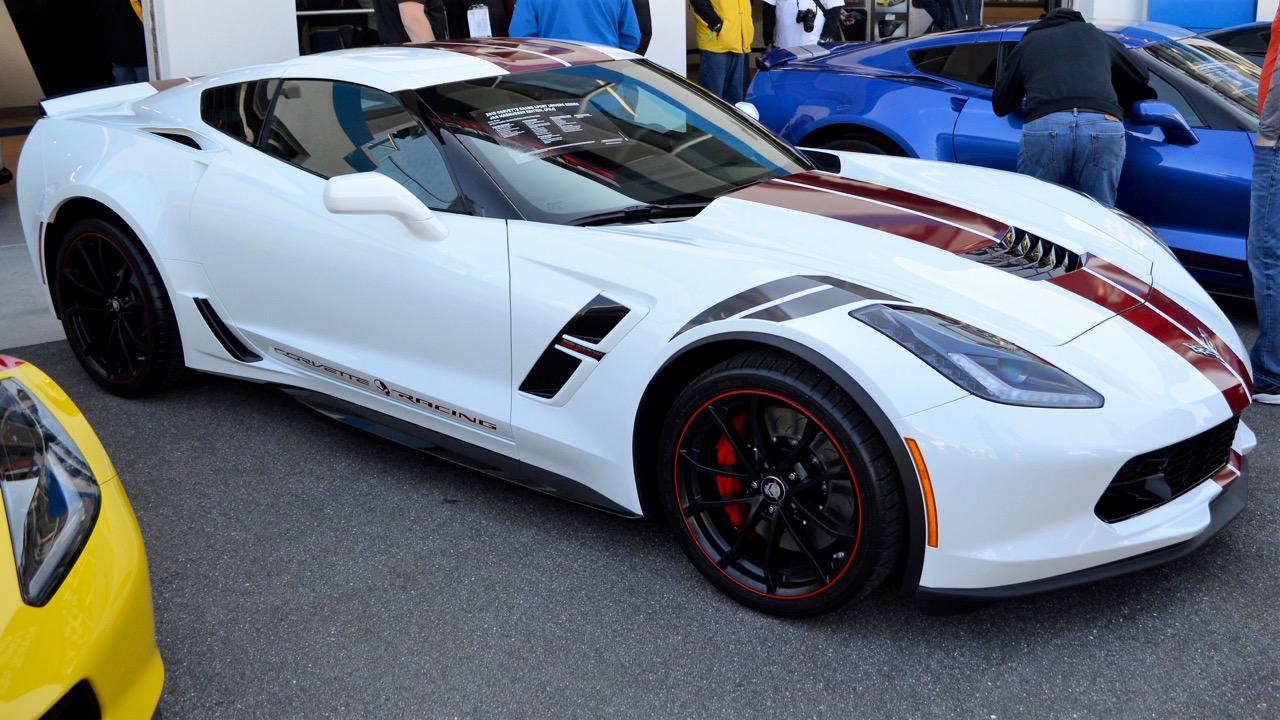 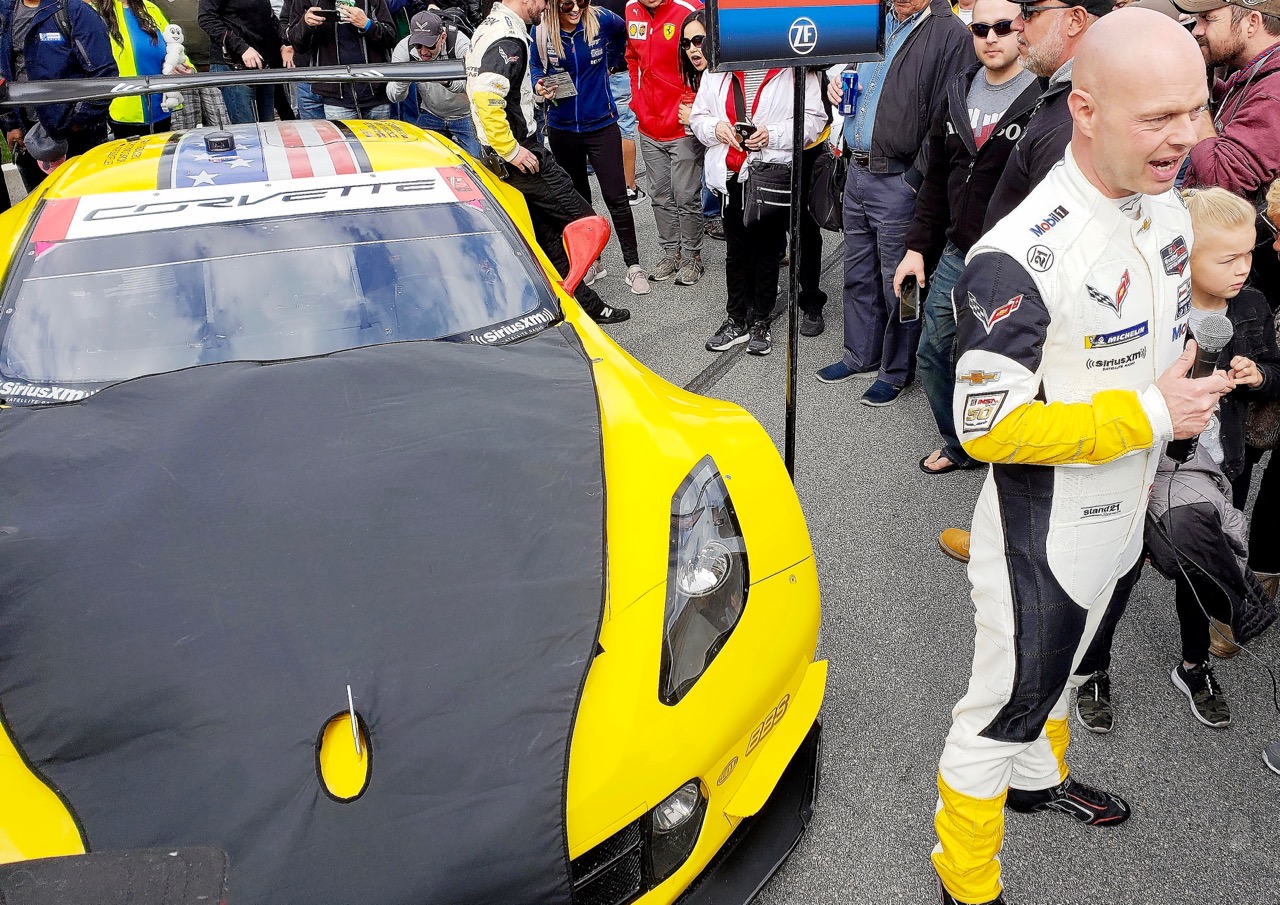 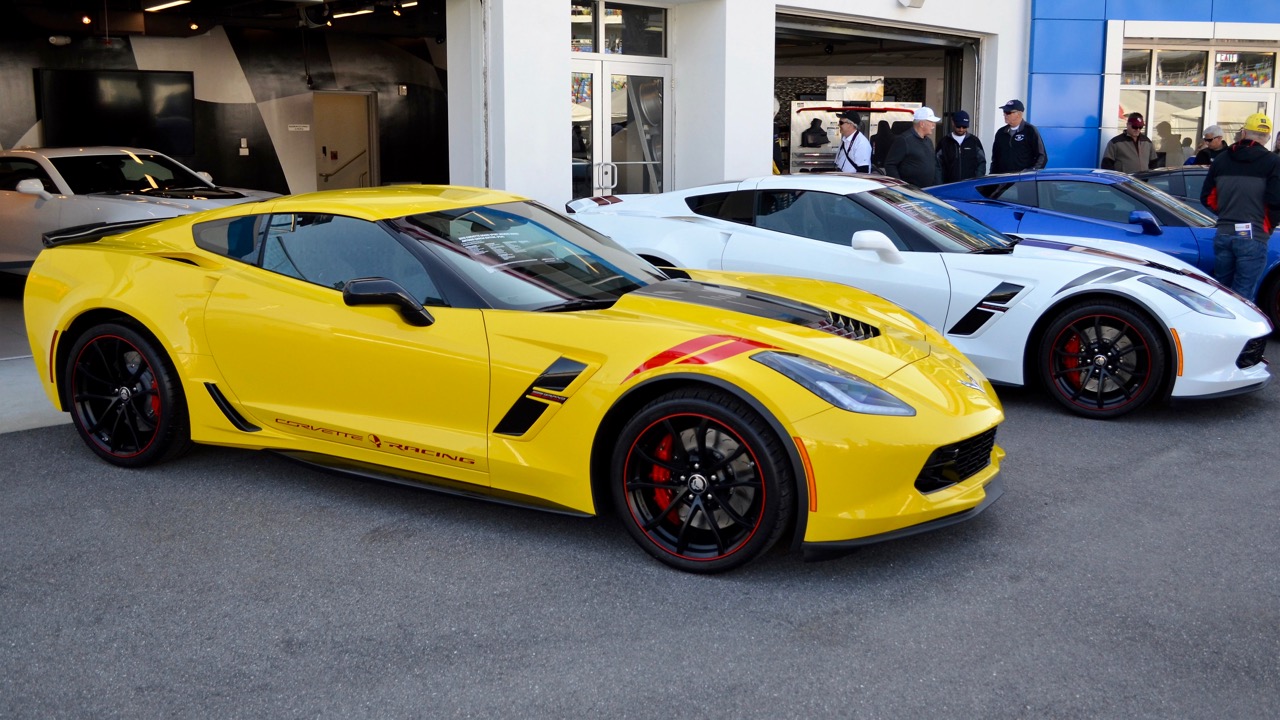 Collectors love numbered editions, so a driver-specific plaque is just ahead of the gear shift. “Each one has the driver’s name and they are individually numbered, so as we build these cars, each series will have a sequence of numbers,” Christensen said “These are all No. 01 of each series. We decided not to limit it. We will see what happens.” 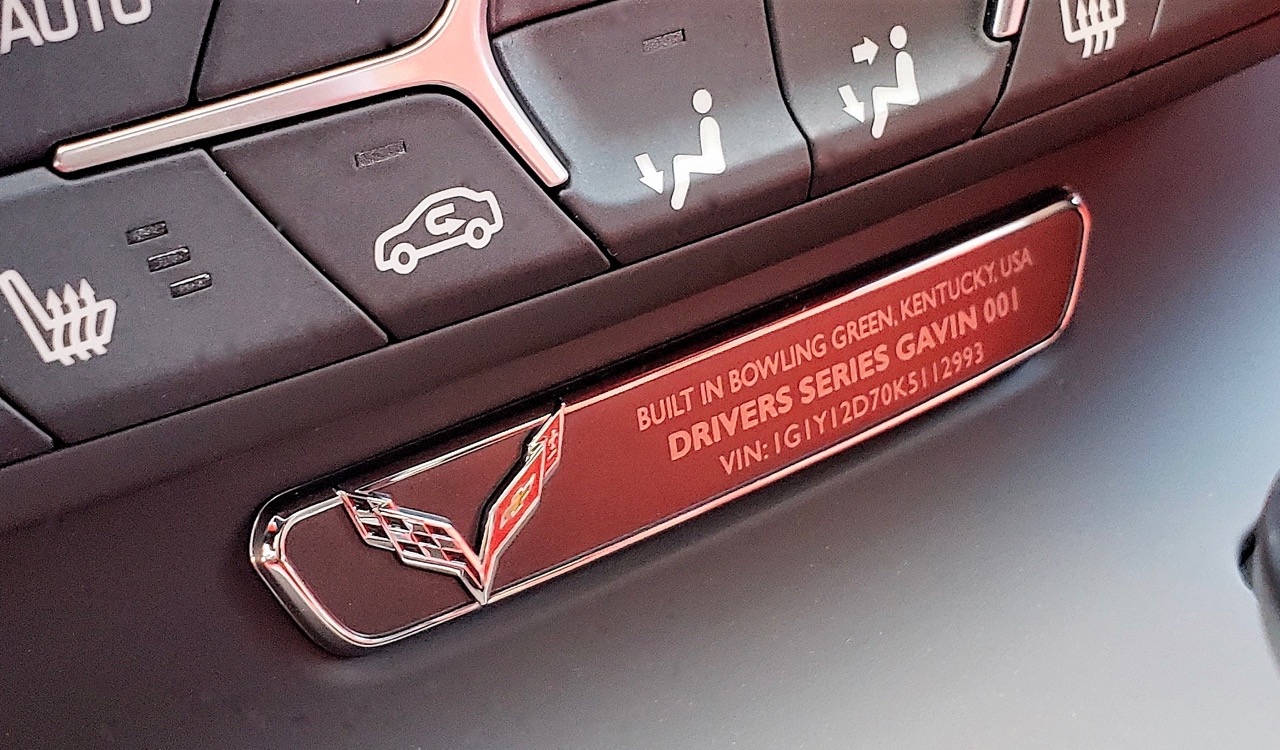 Chevrolet didn’t go big with festivities introducing the cars. They just parked them at its media center at Daytona a few days before the Rolex 24, then did an official event a day before the race and a brief news release. But a few folks saw them early and blogged about their significance, so the four were swarmed all race weekend-long. 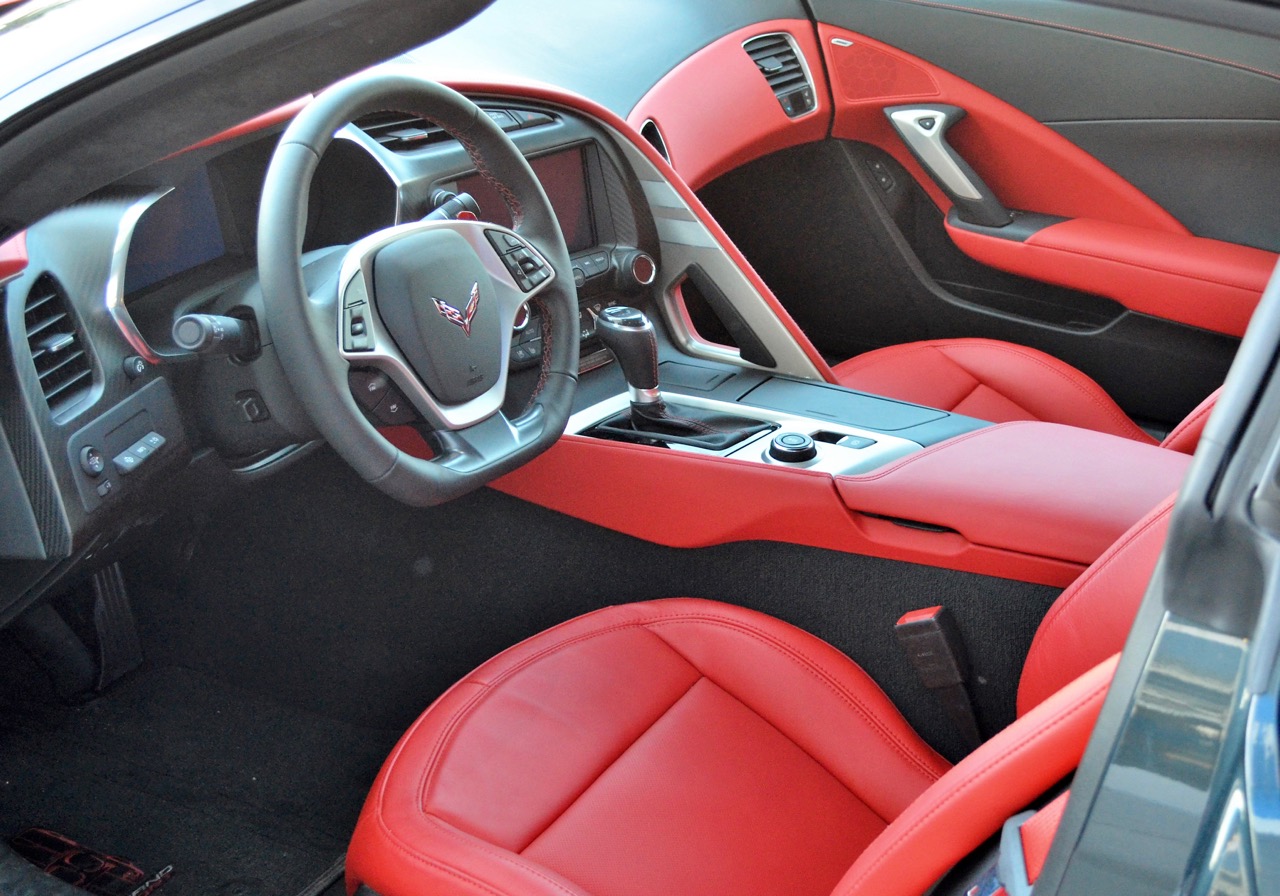 The Corvette drivers who customized these cars didn’t fare too well at Daytona. The No. 3 C7.R led the team’s effort with a sixth-place class finish, and the No. 4 finished 8th in class. But Sebring is coming soon. And Corvette Racing has won 99 races in IMSA competition since 1999, the most of any professional sports car racing team based in North America. 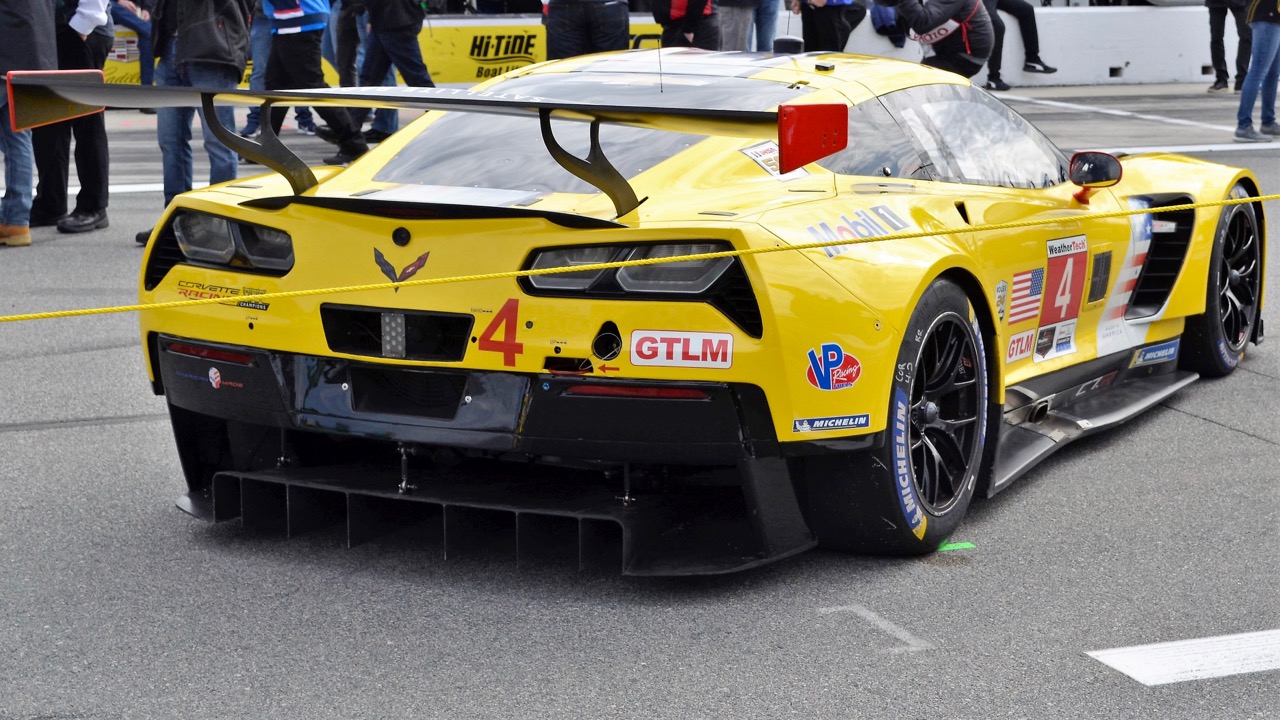