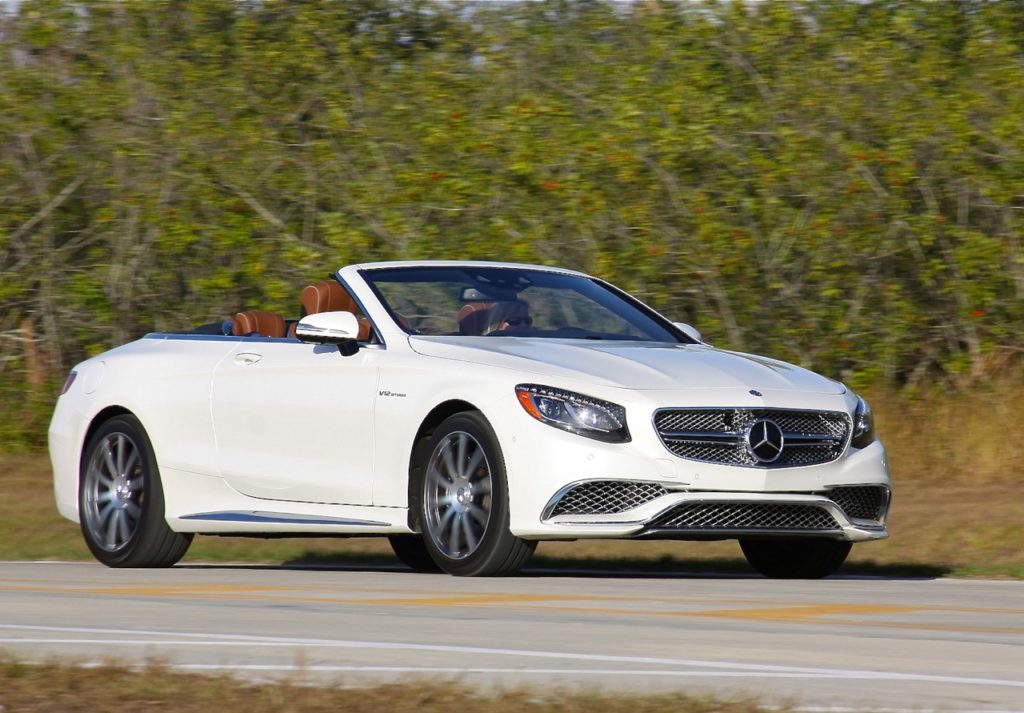 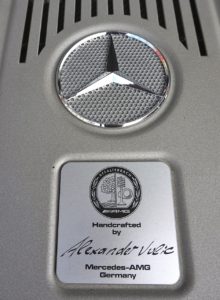 The last concern on anyone’s mind, as they’re about charge $247,900 to their AMEX Centurion for the supreme pleasure of owning a ‘17 Mercedes-Benz AMG S65 Cabriolet, is being nickel-and-dimed. After all, they will already have rationalized the somewhat puzzling decision to blow an extra $77,195 over the sticker price of the visually-identical S63 Cabriolet, to simply go from V8 power to a V12. If you’re counting, that works out at a non-trivial $19,000-and-change for each one of those four additional cylinders!

But I did find it a little, shall we say creative, for Mercedes to demand $3,700 for the few pieces of carbon fiber and shiny Piano Black trim on our S65 test car. And if you quite like the Diamond White metallic paintwork of the car I’ve been driving, take a breath; it’ll cost you an extra $800. For paint. That’s a little like spending $60,000 on a crocodile Hermès Birkin bag and being told it’s another two hundred bucks to get it with a buckle.

I doubt that it works that way. Chances are, someone will stroll into a Mercedes-Benz showroom, see this temple of open-air exquisiteness on display, and immediately say those three little words: I’ll Take It. And for those seekers of The Best of the Best, having that shiny ‘V12 Bi-turbo’ badge on the front fenders and the tower-of-power 6.0-liter twin-turbocharged V12 under the hood will be worth every one of those 247,900 greenbacks.

What we have here is a luxury grand tourer of the very highest order; a convertible-topped carriage to waft you and three of your closest friends to a dreamy dinner date at your nearest Ritz-Carlton. Want to see the starry-starry night? At the press of a button that multi-layered convertible top will burst open in a mere 17 seconds, and even on the move at speeds up to 37mph.

And Mercedes’ engineers have done a terrific job of turbulence control. With the top lowered, a small, but highly effective, mesh wind-blocker rises between the rear headrests, along with a mesh foil – Mercedes calls it an Aircap – that rises from the top of the windshield. With all four windows raised, together they reduce wind turbulence inside the cabin to a gentle zephyr. Even at 80-plus mph. 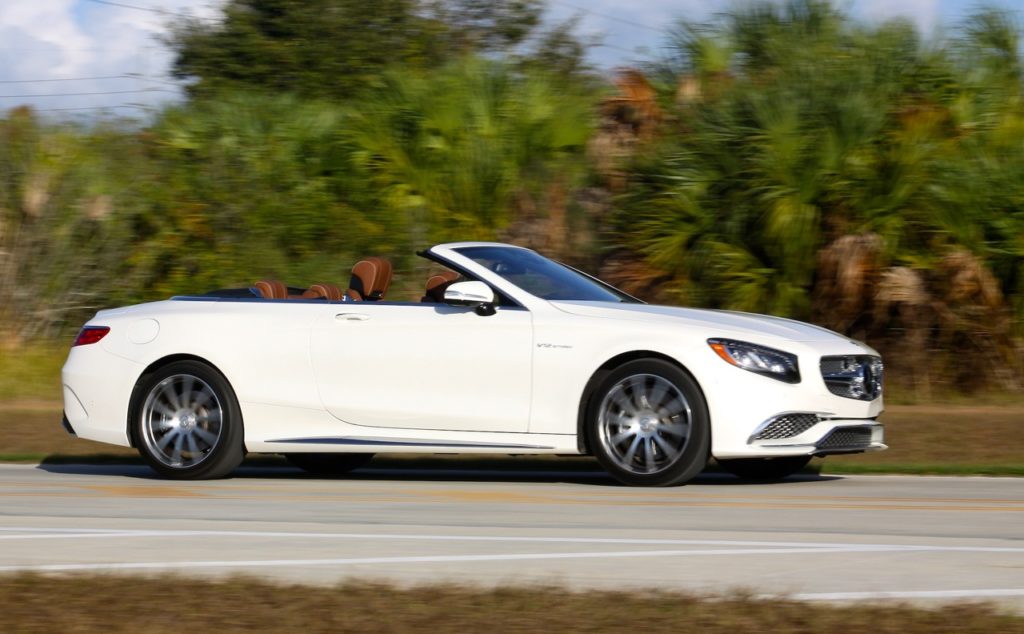 And at 80 mph, this V12 powerhouse is only just getting started. With a massive 621 horsepower and an insane 738 pound-feet of torque driving the rear wheels, acceleration feels like an F-18 Super Hornet being catapulted from the deck of the USS Nimitz! If you’re turned-on by such things, this S65 can lunge from standstill to 60 mph in a mere four seconds, and not quit lunging until the speedo needle is kissing the 190-mph mark. At 75 mph on I-75, it feels like it’s going backwards! 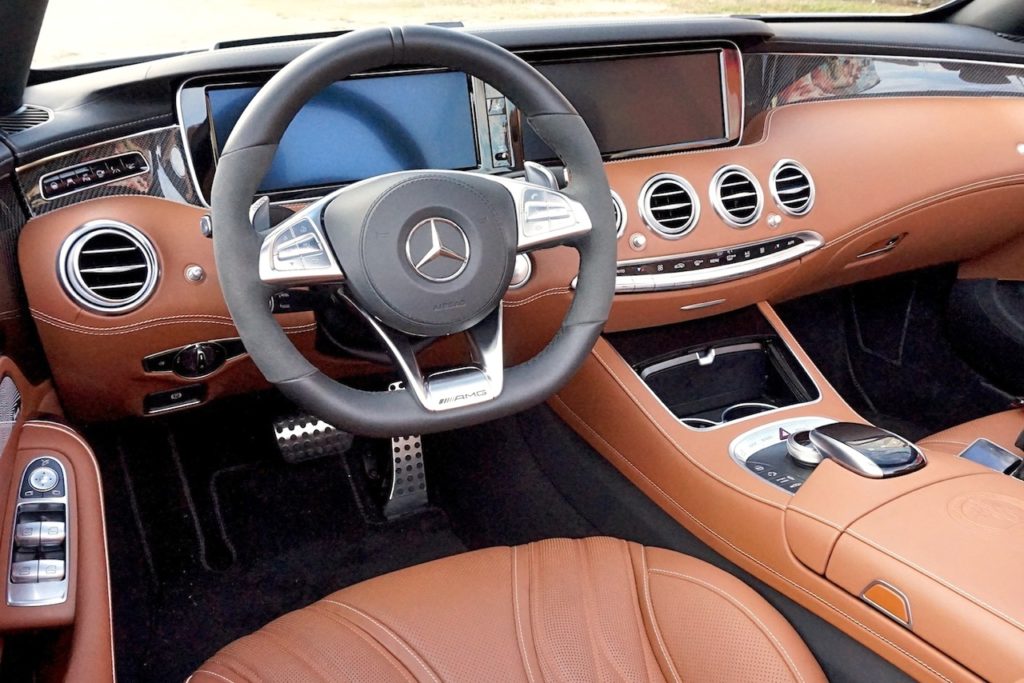 But being an AMG, there’s still a hooligan element to its demeanor. Press the ‘start’ button and you get a raucous, neighbor-waking ‘whaap’ from that quartet of rear exhausts. Select the ‘Sport’ setting for the seven-speed AMG Speedshift transmission and this elegant Benz becomes as vocal as a NASCAR racecar. Yet despite measuring a whopping 198.6 inches nose-to-tail, the S65 drives more like a smaller Merc SL, thanks to its laser-precise electro-mechanical speed-sensitive steering, fabulous, active dampening suspension, and I-beam-stiff body. 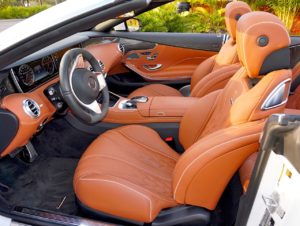 But for me, what truly sets this S65 apart is its spectacular cabin. I love the acres of quilted, diamond-pattern, glove-soft Nappa leather upholstery, the La-Z-Boy-supportive front seats, and the laser-perforated speakers for the ear-bleeding Burmester 3D surround-sound stereo.

The million-dollar question however must be whether you’d buy an S65 Cabriolet over its archrival, and similarly priced Bentley Continental GT? Yes, the Mercedes is the more modern, more technically advanced, more agile, better-driving car. 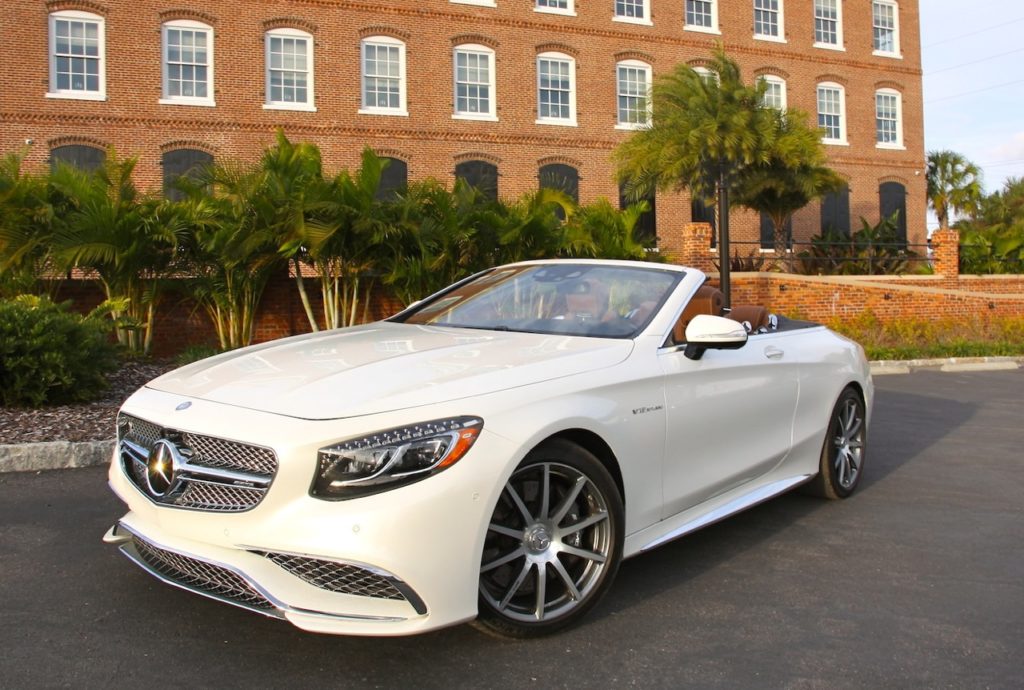 What the Mercedes lacks, however, is the exclusivity and olde-worlde, class-oozing bespoke feel of the Bentley. Plus the visual distinction; the S65, looks just too much like a $131,400 S550 Cabriolet, or a bloated $63,000 E-Class Cabriolet.

But as for that V12 Bi-turbo badge? Priceless!