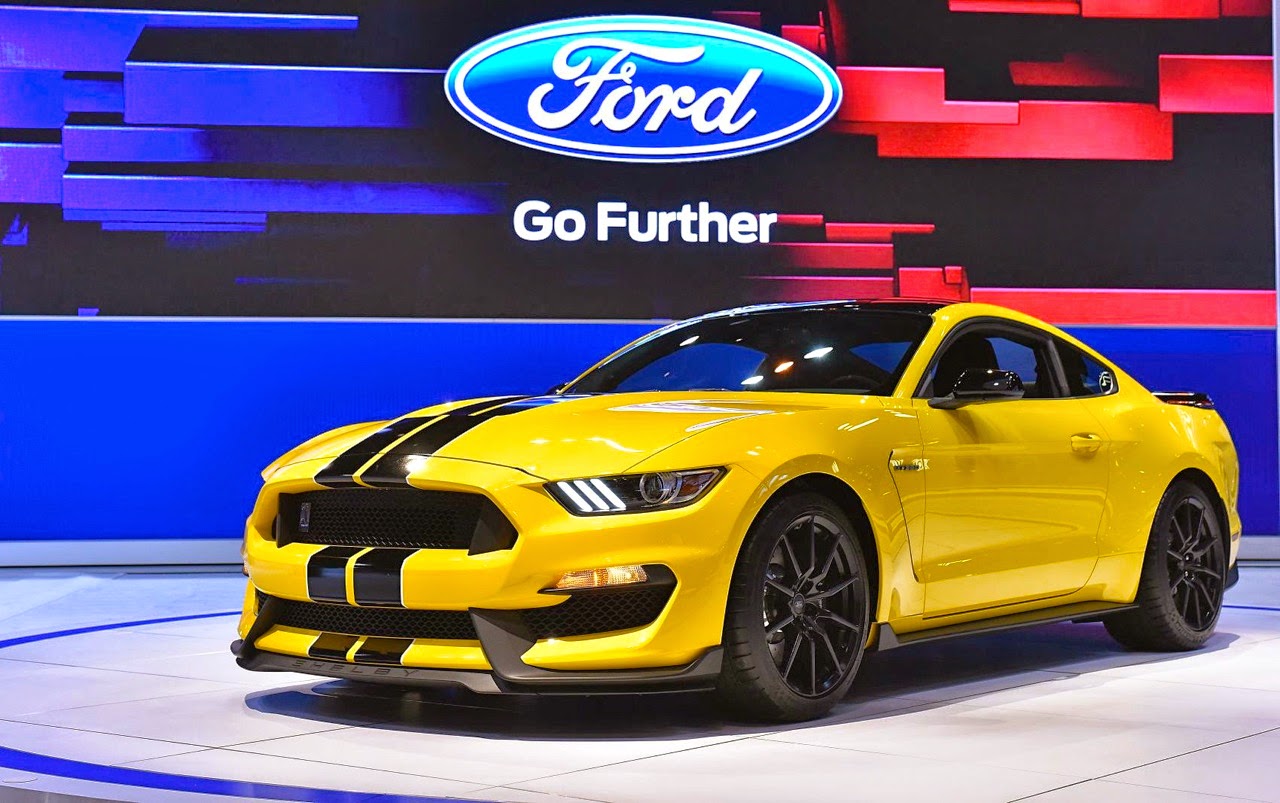 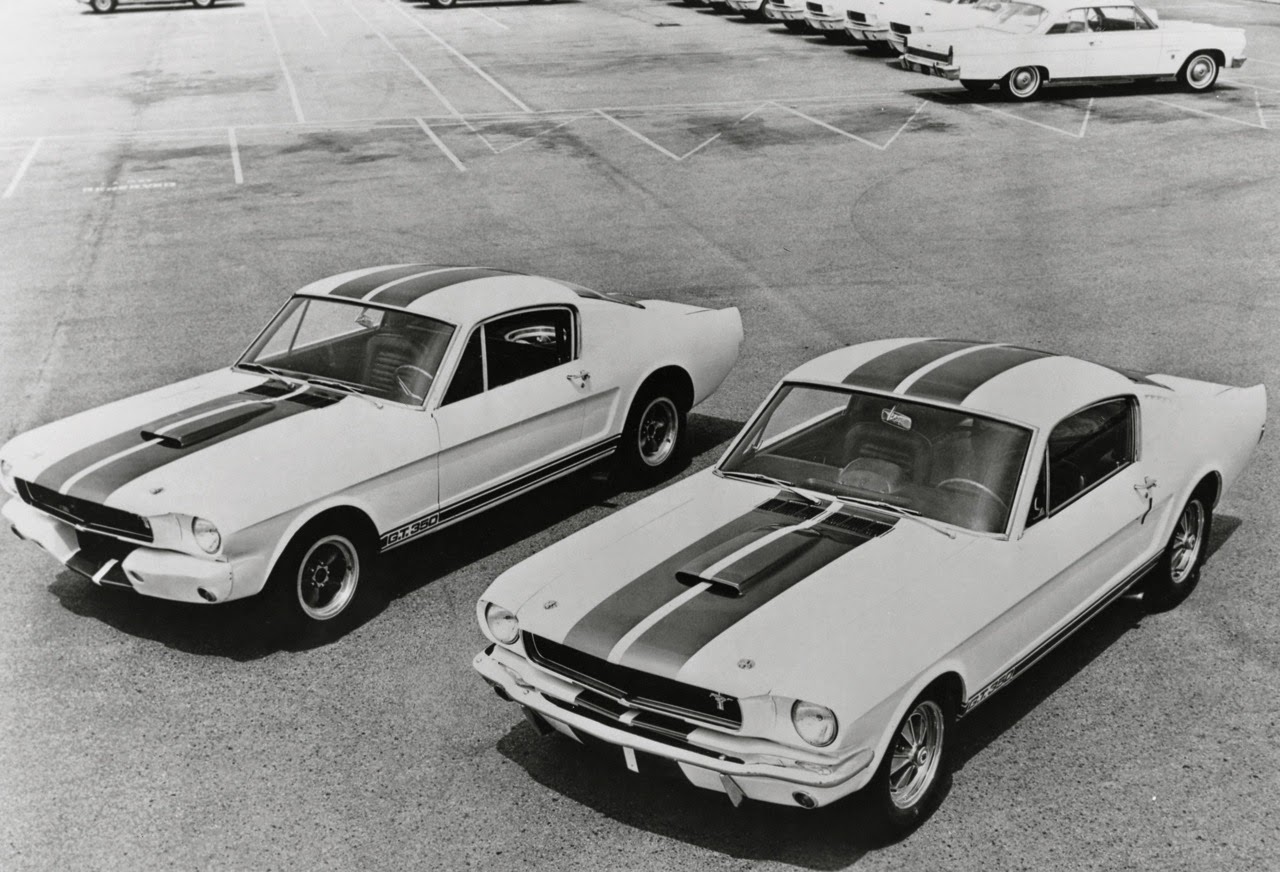 The original ’65 Shelby GT350 and GT350R, above, established Mustang’s performance cred on racetracks around the world. The all-new Shelby GT350, featuring the most powerful naturally aspirated Ford production engine ever, re-establishes Mustang as a world-class sports car. Only 100 Shelby GT350s will feature a 2015 model year designation before production switches over to 2016. Of these, 50 will be equipped with the Technology Package and 50 equipped with the Track Package.

“Fans of the Shelby brand are among the most passionate in the automotive industry,” said Henry Ford III, Ford Performance marketing manager. “To honor the passion of our fans for Shelby GT350’s 50th anniversary, a limited run of GT350 models will be built in 2015; these cars will be highly coveted by both Mustang and Shelby enthusiasts alike.” 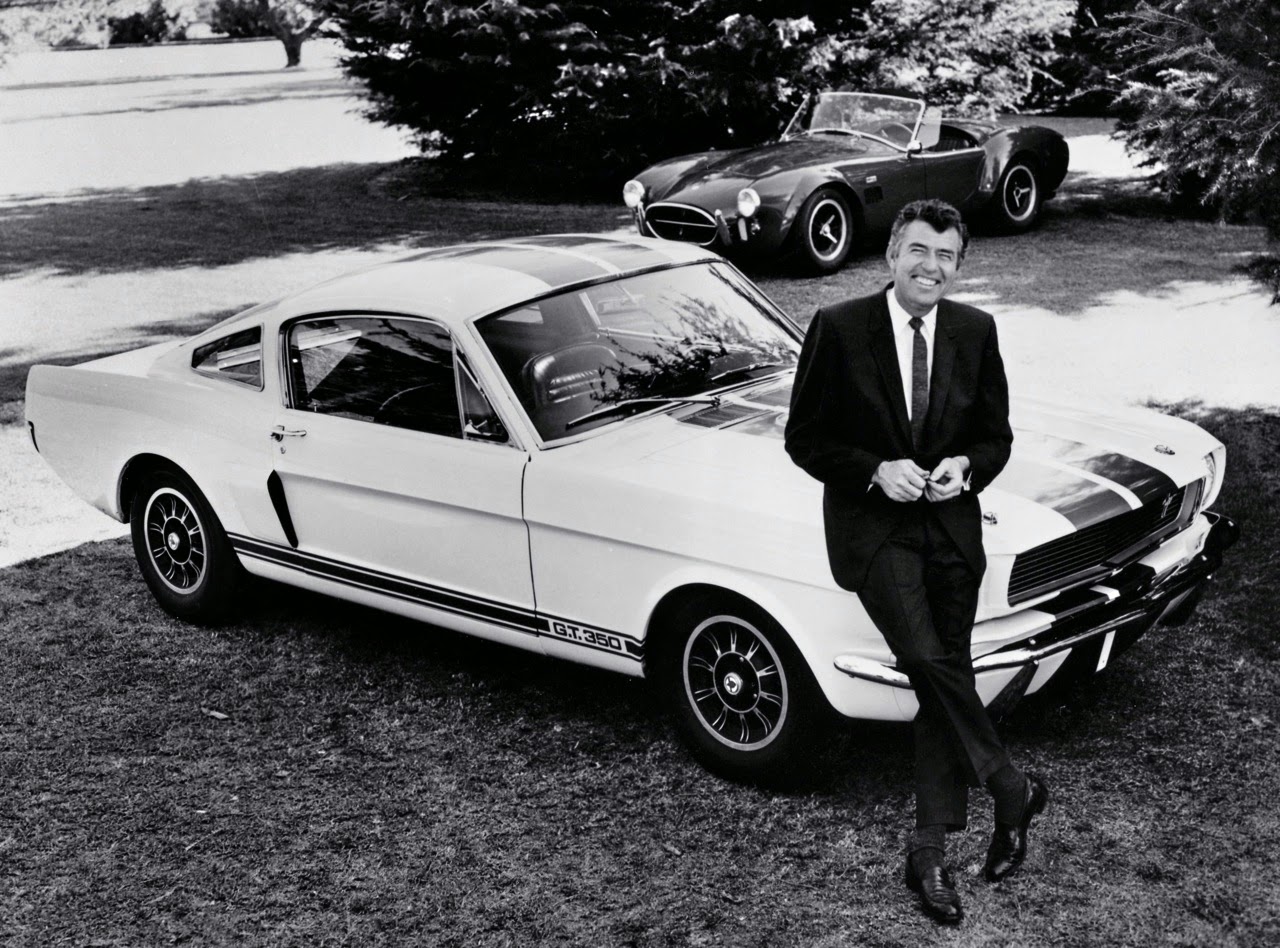 In 1965, Carroll Shelby, above, with ’66 GT350 Mustang and 427 Cobra, developed and sold an FIA-homologated  GT350R competition model. This race-ready Mustang took to tracks around the world, competing in the most prestigious races and against the stiffest competition there was. In addition to winning the Sports Car Club of America’s B/Production national championship in 1965, 1966 and 1967, the car entered races throughout South America and Europe, including the 1967 24 Hours of Le Mans.

There is heated debate among Shelby enthusiasts over how many ‘65 GT350Rs were originally built. While Carroll Shelby insisted two prototype cars and 35 production models were built, most records show only 34 production models received serial numbers. For 2015, Ford will make sure there is no confusion about the number of GT350R models constructed; 37 cars will be built in Carroll Shelby’s memory.