Skip to content
Our man ‘Mike’ was trackside when the Vintage Race Group brought the 20th running of the Jefferson 500 to Summit Point Motorsport Park. 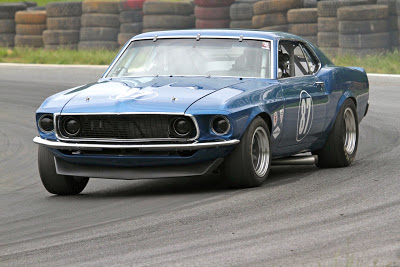 The VRG brought a swarm of racecars to the West Virginia circuit, running the gamut from small production-based racers through sports racers and open-wheel cars to big hulking American iron (Trans-Am & Can-Am Supercars). The racers were greeted by weather that ran from bright sunshine to rainy, cloudy skies.  But that seemed to only add to the enthusiasm and action on the track. Hre are some of the highlights.

Speaking of the Trans-Am, Erich Bollman’s ‘69 Boss 302 Mustang, above, is powered by a
Boss 302 engine equipped with a Bud Moore “Bathtub” intake. Note the typical Trans-Am
trick “drooped” front fenders. Erich has brought the car back to the track after a long
hiatus in storage. He is still attempting to track its history. 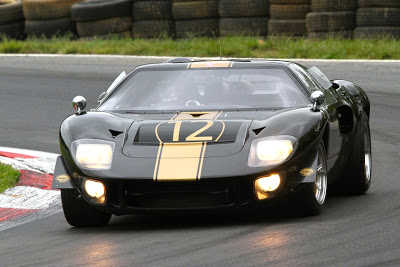 Michael Zappa’s immaculate black Superformance GT40, detailed to almost show standards. Powered by a 550 horsepower Holman & Moody Ford small-block, the car is seen moving quickly through the Carousel, above, with lights aglow. Zappa’s car stirs memories of a period in racing at the end of the 1960s, when GT40’s earned their reputation as world champions. 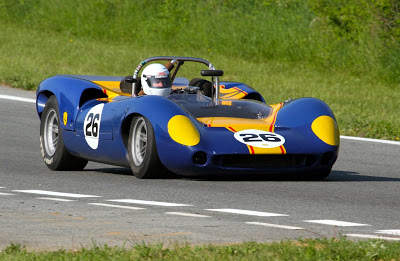 When discussing high points in American road racing, ground-shaking Can-Am cars are at the top of the list.  Paul Wilson owns and races this Lola T70, above, that brings back the good old days. Lolas came from Eric Broadley’s shop in the UK and captured the inaugural Can-Am season championship with John Surtees in 1966. T70’s would go on to a number of competition successes and a variant would win the 1969 Daytona 24 with Mark Donahue and Chuck Parsons 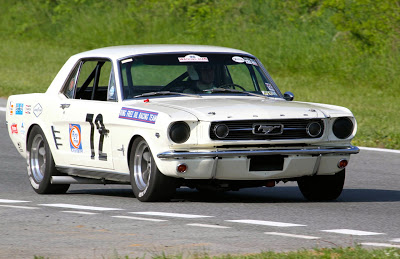 Jan Nelson’s Mustang notchback, above, is a significant piece of racing Mustang history. It is one of a handful of coupes Shelby American converted to FIA Group 2 racers for the early Trans-Am. It would go on to win its class in the 1967 Daytona Continental and spend its entire life as a racecar. Google “Ring Free Oil Shelby Group 2 Mustang” to learn more about it. 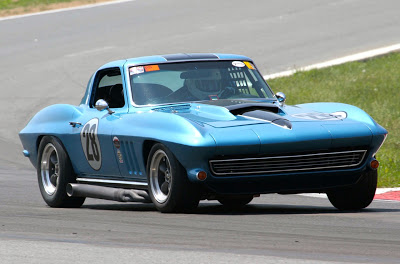 Defending the honor of the Bow-Tie Brigade in Group 1 is Chris Fennell in his mid-year Corvette Sting Ray. Fennell is turning into Turn 3 (aka “Wagon Bend”), above, where the track
begins to rise on its way up to Turn 4. 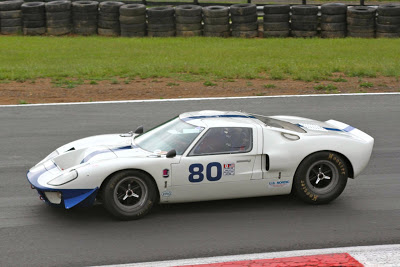 Robert Andersson‘s Mark V GT40 moves through Turn 5. Mark Vs were continuation cars built by Safir after the “production” run of GT40’s stopped. They were based on a redesigned chassis tub that allowed easier construction than the pressed version used in the originals.
In a study of contrasts, Andersson also brought his Mini to the event!