Skip to content
Purpose-built for the track, the SRT VIPER GT3-R is a turnkey competitor for
worldwide GT class competition. 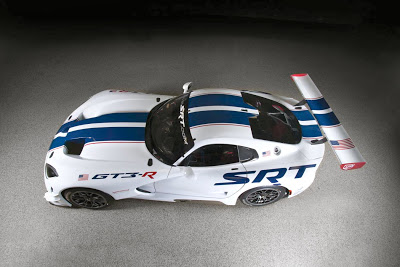 Latest purpose-built SRT Viper was developed in collaboration with Riley Technologies and is the new face of GT Class racing. It’s the SRT Viper GT3-R, a new V-10 powered thoroughbred ready for winning in world-class competition.

The SRT Viper GT3-R is the latest iteration of the successful Viper GTS-R, designed and developed by Chrysler Group’s SRT (Street and Racing Technology) Motorsports team. The similarities between the SRT Viper street car and the non-street legal GT3-R are deliberate.

“SRT’s Viper GT3-R represents a culmination of nearly two decades of racing development, making for a robust sports car that is at home at tracks all over the world,” said Ralph Gilles, President and CEO – SRT Brand and Motorsports, Chrysler Group LLC. 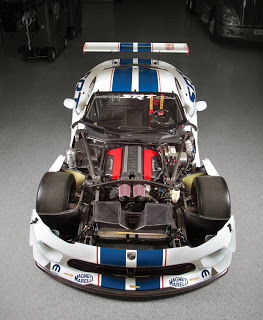 “Our SRT Viper GT3-R is the next logical progression of our successful Viper GTS-R, a championship-proven formula that has captured some of the world’s most prestigious races,” Gilles said. “Like every Viper race car, the GT3-R is a direct descendant of the SRT Viper street car. There is no mistaking the similarities between the two that is a key component of this class of sports car racing. The GT3-R stays true to the visceral appeal of the Viper and has carefully evolved for the demands of racing at a world class level.” 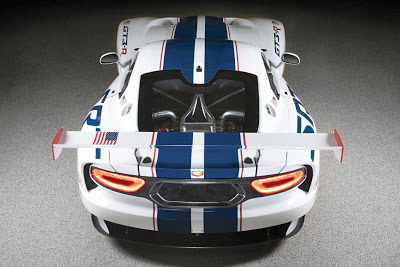 The SRT Viper GT3-R is the direct descendent of the high performance GTS-R campaigned by SRT Motorsports in the LM GTE Pro Class at the 24 Hours of Le Mans and the American Le Mans Series (ALMS). The technology developed by the Chrysler Group for the factory GTS-R for engine, chassis, suspension, electronics and aerodynamics is incorporated into every Viper GT3-R. It has been equipped with a highly efficient aerodynamic package to optimize handling. Other features include Xtrac six-speed sequential transmission with paddle shifters, six-piston front brake calipers with four-piston rears, lightweight wheels and a multi-disc race clutch for maximum performance from the V-10 engine. 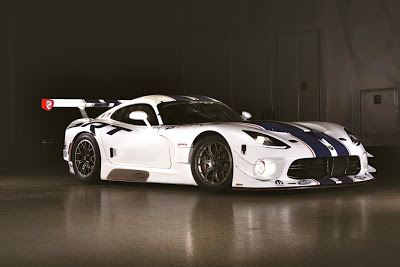 Viper’s legacy began in December 1991 when the first production Viper rolled off Detroit’s New Mack Avenue assembly line. In 1996, the Viper GTS coupe made its debut, as did the Viper GTS-R racecar. In 1996, from the work of the same dedicated team of Viper engineers and car enthusiasts came the Viper GTS coupe, followed by the GTS-R. Viper GTS-Rs would go on to post three consecutive 1-2 class finishes at the 24 Hours of Le Mans, win overall at the 24 Hours of Daytona, capture multiple international endurance titles, five FIA titles and 16 national GT championships. To extend this same racing pedigree to private customers, the Competition Coupe was introduced in 2003 and developed further for its GT3 class debut in 2005.

Highlighting its numerous victories around the world are two national GT3 championships and a World Challenge GT title. The die had been cast then for what we now have today: the SRT Viper GT3-R. Orders are now being taken for late-2013 delivery. The price of the new SRT Viper GT3-R is estimated at $459,000.