Skip to content
Goodwood will celebrate and honor the Golden Anniversary of Porsche’s iconic 911 with incredible race & road models at the Festival of Speed’s 20th anniversary. 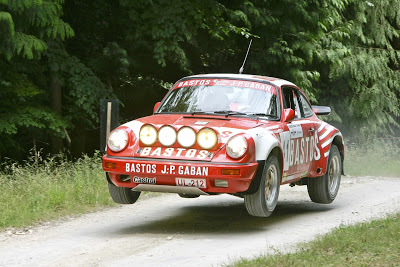 Whether appearing in action in road and race form on the awesome 1.16-mile Goodwood hillclimb, spitting gravel sideways around the Forest Rally Stage, or sitting serenely static yet inviting on the Cartier Style et Luxe concours lawn or Porsche exhibition, the 911 has played a key role in helping make the Festival of Speed a must-visit event. Legendary 356, 908, 917 and 962 Porsches will also be partaking in the 911 festivities this Summer. 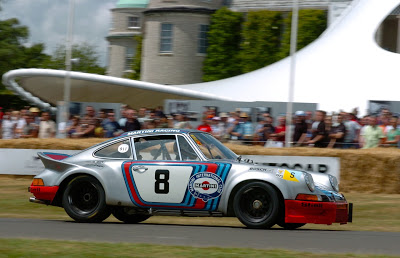 The 911 has been at the very heart of the Porsche brand for the past five decades.  Few other sports cars in the world can look back on such a long tradition and continuity. It has been inspiring car enthusiasts the world over since its debut as the Model 901 at the IAA International Automotive Show at Frankfurt in September 1963. Today the truly versatile 911 is considered by its many devoted fans to be the quintessential sports car, and the central point of reference for all other Porsche series, as each of the marque’s other models carry a piece of the 911’s philosophy and heritage. 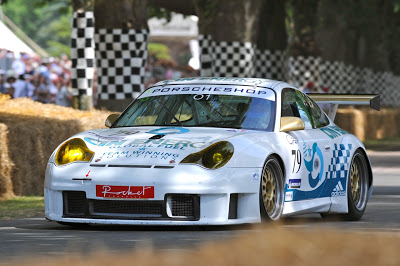 Over 820,000 Porsche 911s have been built since 1963, and examples of each of its seven generations will be present at the 2013 Festival of Speed. Over 50 years,
two-thirds of Porsche’s 30,000 race victories have been achieved by 911s! In addition to Goodwood, Porsche will be celebrating the 911’s Golden Anniversary around the world, including the USA, China, Continental Europe and Australia.

Check out the latest 911s from Porsche, http://www.porsche.com/usa/models/911/