Skip to content
The man who turned a T-Bucket hot rod into an icon, built & rode this incredible Corvair-powered ‘Six Pack.’ 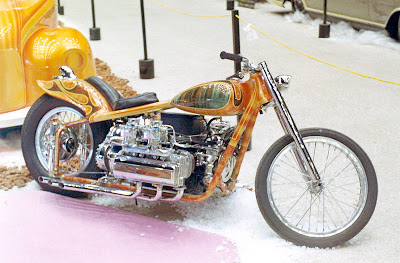 Norm Grabowski, who passed away last year, was a legendary hot rod builder best known for the hot rod known as Kookie’s Kar in the TV series, 77 Sunset Strip. It was driven by Edd Byrnes, who played Kookie in the enormously successful series. He was also an actor who appeared in minor roles in many films produced by Walt Disney Studios and Albert Zugsmith. 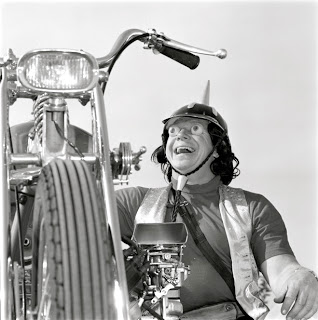 He appeared in many movies and television shows, including High School Confidential, Son of Flubber, Girl Happy and The Many Loves of Dobie Gillis. He also played “Flaker” in The Towering Inferno. Grabowski, right, was a wood carver, hot rod builder, and created unique motorcycles, two powered by air-cooled six-cylinder Corvair engines. He retired from acting in the 1980s after playing in
The Cannonball Run. Grabowski passed
away on October 12, 2012, at the age of 79.