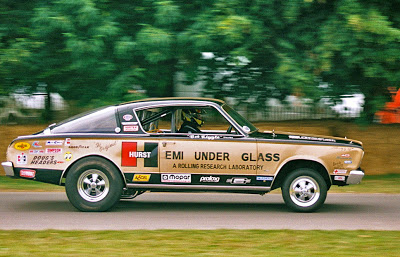 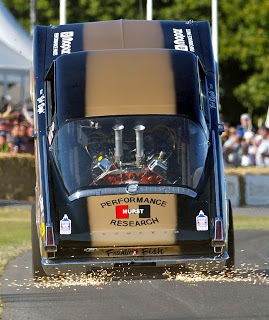 One of the Festival of Speed’s most popular photo-ops has been Bob Riggle, popping wheelies up the The Hill in the amazing ‘65 Plymouth Barracuda – Hemi Under Glass, Bolide photo, above. He first astonished the Festival of Speed crowds in 2001, when he stole the show, performing outrageous wheelies on the 1.16-mile Hill.  In response to popular demand, he returned to Goodwood in 2003, and came back for more in 2007. And he’ll be back in July!

Riggle’s unique Barracuda has a potent Chrysler 426 Hemi replacing the rear seat. The black and gold Plymouth was dubbed Hemi Under Glass in the late-1960s, when it was a high-profile Exhibition Class racer on drag strips from coast to coast. 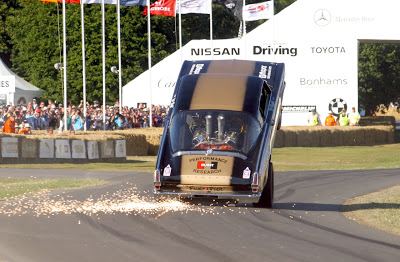 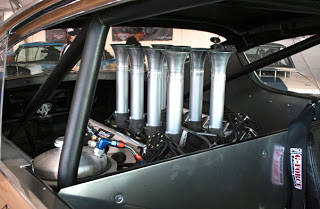 Riggle sold Hemi Under Glass a few years ago, so his much-anticipated reunion with the car at Goodwood is set to be a real “crowd magnet,” as he steers the car looking through a windshield on the car’s floor!

For details about the 2013 Festival of Speed, as well as the Moving Motor Show and Goodwood Revival, July 12-14, http://www.goodwood.co.uk/motorsport/motorsport.aspx 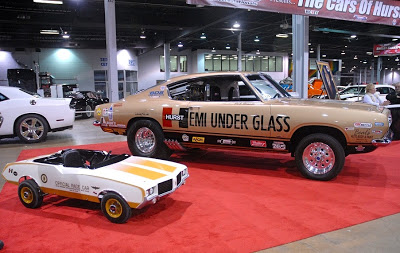 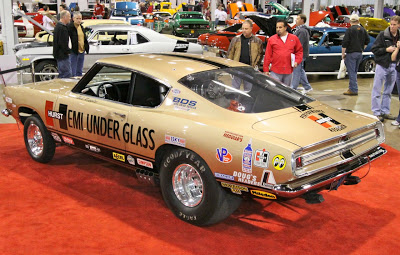 For more information about Hemi Under Glass, please visit
http://theselvedgeyard.wordpress.com/2010/08/12/well-drop-a-hemi-in-the-rear-and-run-like-hell-hemi-under-glass/