Skip to content
The BMW M3 DTM that won the 1987 German Touring Car Championship and the BMW M1 Procar racer from 1980 are back on the track. Historic racing cars will debut as race taxis at Hockenheimring for the 2013 DTM season opener. 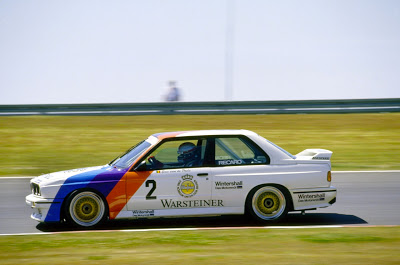 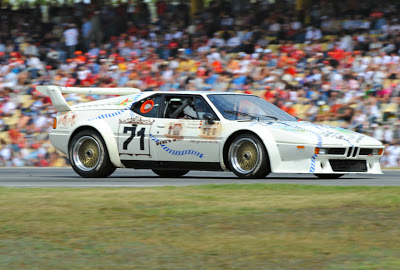 On the first weekend of May, the Hockenheimring will host the German Touring Car Masters (DTM) season opener – and the opening salvo in BMW Motorsport’s title defense. Following the drivers’ and manufacturers’ title winning exploits of Canada’s Bruno Spengler and BMW in 2012, all eyes will be on the latest version of the victorious BMW M3 DTM. BMW Group Classic will be sending two track legends back into the limelight at the season’s ten races. 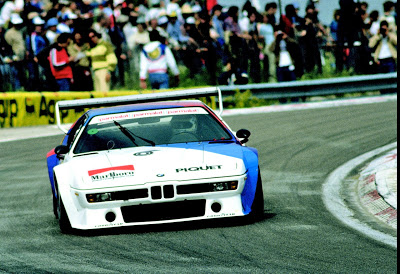 The BMW M3 DTM – winner of the 1987 edition of the DTM – and the BMW M1 Procar racer driven in 1980 by Formula One world-champion-in-waiting Nelson Piquet, above, will be at each of the ten races on the 2013 DTM calendar. Experienced professional racing drivers will get behind the wheel to give selected visitors an up-close and authentic taste of DTM racing.

Belgian Eric van de Poele, right, drove the ’87 M3 to DTM title glory in BMW’s first season in the series – a trick repeated by Bruno Spengler 25 years later in impressive fashion with the latter-day BMW M3 DTM. The BMW M1 will also trigger memories of spectacular motor sport success for the brand as it returns to the track as the touring car’s partner. This 470 horsepower M1 was piloted in the 1980 Procar Series by Nelson Piquet, the Brazilian who went on to be crowned Formula One world champion in a Brabham BMW three years later.

Taxi rides in the M3 & M1 will be included on the bill at all ten DTM weekends of the 2013 season. Drivers from that era of racing will be doing the driving.

Check out the official DTM website for 2013 season events, http://www.dtm.com/en/index.html

For the latest luxury-performance vehicles from BMW, please visit http://www.bmwusa.com/