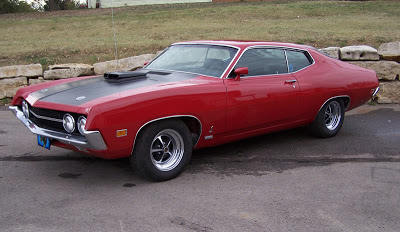 As most of our Mecum auction viewers know, I’m a big Ford Torino fan and have been fortunate to own a few. But please don’t call me an “expert.” I’m an enthusiast just like most of you and I welcome any corrections or additions. So here goes. 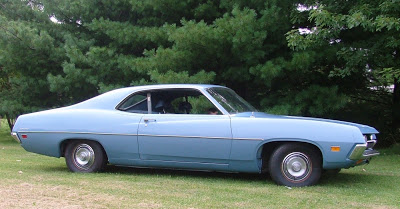 Q: How do I tell if my Torino has a C4 or a C6 transmission?

A: It’s unlikely that you’ve got a C6 unless your Torino is a Cobra and/or Drag Pack car. If so, there are a couple of easy ways to tell. Get under the car and look at the trans. If it has a separate bellhousing and a square pan, it is a C4. If the bellhousing is in a single unit and the pan is not a true square (but instead has a bulging rectangular addition to the square), it is a C6. The C4s and C6s are different lengths, too, but I don’t remember the exact measurements and I’m usually too lazy to look them up. It’s easier just to look for the pan and bell housing!

Q: What finally killed Ford’s effort to keep the Torino in NASCAR?

A: The same thing that killed all the Aero cars. NASCAR essentially legislated them out of competition! The slippery fastback design of the Torino Talladega had smoked the competition in 1968 and 1969. But the Dodge Daytona and Plymouth Superbird were the hot new cars for NASCAR in 1970, having taken the aerodynamic wars to a whole new level.

While the Torino had an aerodynamically efficient rear window and tail, its nose was a proverbial snowplow. Something had to be done to keep the Torino’s (and their stable mate, the Mercury Cyclone) in the race. So Ford crafted a new grille and valance for the Torino in 1970, dubbing it the the “King Cobra.”

By this time NASCAR had had enough of the whole mess and forced the Aero cars to carry additional weight and smaller engines, rendering them uncompetitive. Today there is a national registry for both the Talladega’s and Mercury Cyclone Spoilers. The King Cobra Torino never really got past the prototype stage. 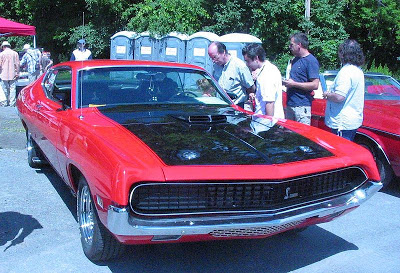 Q: I’m looking at a ‘70 Ford Gran Torino with a 428 Cobra Jet engine and C6 transmission. Is this is a stock configuration or an aftermarket drivetrain installation?

A: Well, first of all, you’re not looking at a 1970 Gran Torino. The Torino had come out from under the Fairlane’s umbrella to become its own model by this time, but it would not become the Gran Torino until 1972.

Secondly, I don’t believe the 428 was an option on the Torino after 1969. Instead, the premium engine option became the 429 Super Cobra Jet with the Drag Pack performance package rated at 370 horsepower (closer to 500 horsepower in reality). The 429 was available again in 1971.

Q: I’ve got a ‘71 Torino with a nice frame-on restoration. It’s got a 351 and Cobra packaging with laser stripes. What is it worth?

A: Assuming it’s a genuine Cobra model, take any offer above 20 grand. Check by looking at the fifth character in the VIN; it should read “Q,” which was the 1971 code for the 4V 351 Cobra Jet engine that year. 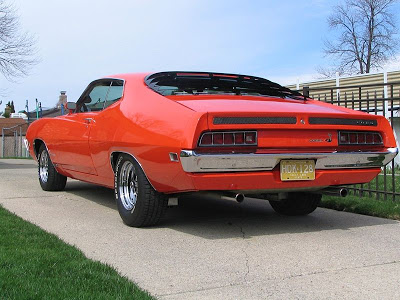 Michael Chiolero’s ’70 Torino SportsRoof Cobra, above. Among the 1970-‘71 cars, the ‘71 model with a 429 SCJ and Drag Pack with manual, close-ratio four-speed is the top of the food chain. Those cars were regularly topping $40,000 at auction just a few years ago. Now it takes a pristine rotisserie restoration on a low mileage car to get those numbers as prices have
fallen in recent years. 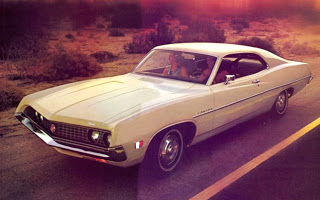 The bottom of the food chain belongs to the formal hardtop models with Six-cylinder engines (few of them have survived at all)
and 302/351-equipped cars in marginal condition. You can pick them up for less than ten grand and still turn heads at the drive-in all night long!

I’m afraid your car fits firmly in Never Never Land. It’s not hot enough to draw the big muscle car money, but it’s clearly a better car than the small-block models with formal hardtop roofline. So take your 20 grand and run!