Skip to content
Stephen Cox blogs about great racetracks that you probably have never heard of. First up: Hallett Motor Racing Circuit. 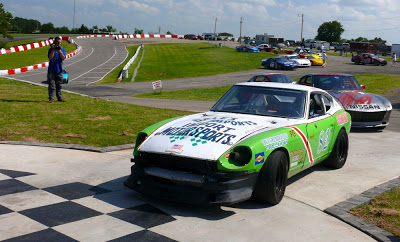 By 1976, the golden age of American road racing was behind us. Barely. Economic recession had burdened the sport from without while an unhealthy obsession with rules making had doomed it from within. What would soon take its place was an unrecognizable mixture of economy cars draped in Euro cladding and handcuffed by rabid rules-makers who, over the next decade, would turn auto racing into the most over-regulated sport in the world.

From these ashes arose an eccentric Oklahoma racer named Anatoly Aruntunoff, who refused to accept the demise of road racing and enjoyed enough personal business success to build his own track. He purchased a forsaken stretch of nowhere halfway between Tulsa and Stillwater and built a 1.8-mile, 11-turn sports car course that rewarded technical prowess and driving ability rather than raw horsepower. The beauty of the track was its rolling terrain. Virtually no landscaping was done during construction; the asphalt was laid directly over unspoiled natural hills that dominate the region.

The result was dubbed “Hallett Motor Racing Circuit” after a negligible group of nearby houses claiming to be a town! Known for his profoundly prophetic t-shirt that read, “Wide Tires Ruin Racing,” Aruntunoff ran the Hallett track for several years before leaving to pursue other projects.

Narrowly escaping a horrible fate as a housing development, the facility eventually ended up in the capable hands of Mike Stephens. Mike was a cheerful, bespectacled racer who could never manage to keep his Jaguar running long enough to get in many laps. But he knew how to operate a racetrack.

I met Mike when I first raced at Hallett in the summer of 2000. I’d been offered a ride in Jeff Saulsberry’s well-prepared Datsun 240Z and won the event only after a brilliant driver named Larry Childs – who had been smoking me the whole race – finally dropped out with engine issues.

Mike looked me up, introduced himself and congratulated me on winning. When I asked him about his racetrack, he responded, “Stephen, I’m not in the racing business. I’m in the ego gratification business. People want a real, genuine racing experience and that’s what I give ’em.”

The racing world lost a real friend when Mike passed on several years ago, but the track is still managed by his family. The Hallett experience remains unique; a throwback to the days when rules-makers were on a tight leash and drivers made their own decisions.

The people at Hallett are like a big family. Mike’s widow, Connie Stephens, tries to be all business but she’s too sweet to be very convincing. Her son, Scott, adheres to his father’s relaxed, run-what-ya-brung attitude. No matter what car you have, fast or slow, Scott will help you find a class in which you can compete. 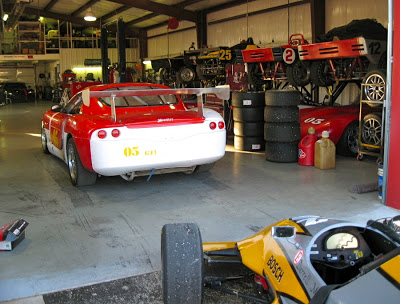 At Hallett, tech inspectors do not enjoy God-like status. Arrogant jerks who argue every detail of the rules book and dissect your car like a frog in biology class won’t send you home. Bring your helmet and have a cage, harness and fire extinguisher that were installed by someone other than Barney Fife and these people will make sure you can race no matter what it takes. Their job is to see that you participate, not invent ways to prevent it. What else can you ask?

If you don’t have a racecar, no problem. John Zentner and the staff at the newly built Hallett Racing School can fix you up with one. They’ll also crew your car for a fee or get your team installed in a full racing garage on site. Most of the corner workers have been there for eons. They honor tradition with flag salutes at the end of every event. If you can hunt one of them down after a day of racing, they’re a bottomless source of great stories from back in The Day.

The Stephens family has repaved parts of the track and installed new curbs in all the corners just a few years ago, yet they never corrupted the original 1976 layout of the track. Spectators will find the track particularly friendly and affordable. You can go to the second floor of the scoring tower (without any stuffy credentials or special passes) and sit with all the drivers at lunchtime. Introduce yourself to someone and you’re likely to be offered a seat and a visit to their pit area.

Anyone can drive from one vantage point to another inside the 1.8-mile track without fear of being stopped by officials. Most areas are wide open, unrestricted and offer an excellent overview of the action. And once you buy a ticket, you are not further gouged with parking fees or gate fees. You can park anywhere you like without being towed or asked to move.

A day at Hallett is like a car show at a state park. Every sort of Porsche, Mustang, Ferrari and Corvette decorates the infield. Every imaginable racecar is there from retired Indycars to Formula 2000, along with a healthy does of Minis, Miatas, Datsun Zs and various sports cars from the 1960s and ‘70s. 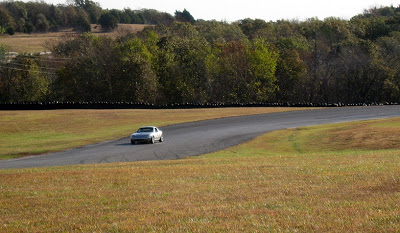 Anatoly Aruntunoff’s 1976 racetrack is still there in its pure, original form, as well as Mike Stephens’ ideas on how to run it. And I guess that’s the beauty of the whole thing. This is classic 1970s road racing, captured in a bottle and stored on a shelf for you to see every month, affordably and away from the crowds. Hallett Motor Racing Circuit is not a Johnny-come-lately attempt to go back to the glory days of road racing. On the contrary, they don’t have to go back!