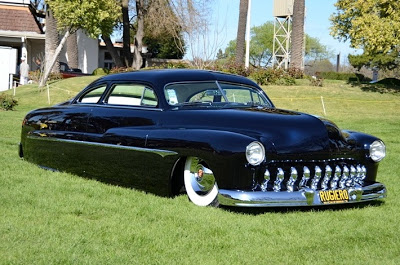 “I wanted a $30,000 flat black Merc custom. That’s how this car started out. But once things got rolling and I began to dream, the project took on a life of its own. I’ve never really done things half-speed so it’s not too surprising we went all in. We saw the possibilities of what
it could be and Bill was the man to take it there” said Rogers, a financial advisor on the
San Francisco peninsula. 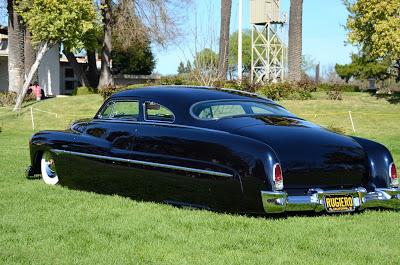 Ganahl, a second-generation hot rodder, spent many years as an apprentice working at Roy Brizio Street Rods, honing his craft. He was introduced to traditional hot rods & customs at a very young age growing up in Southern California. His daily driver to and from Brizio’s shop all those years was a ’50 Ford sled. 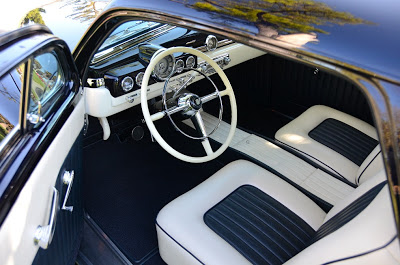 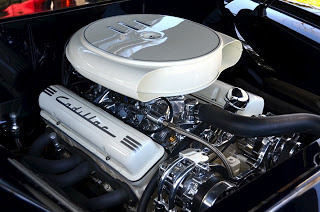 The engine bay, long ignored by most custom stylists is just as beautiful as the car’s sleek exterior. The hand-fabricated engine compartment panels surround the painted and lettered “Chevrolac” (Chevy small-block with custom Caddy valve covers). Underneath
is an Art Morrison chassis. 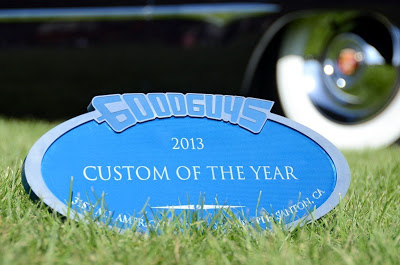 When reflecting on the big win, Ganahl summed up the project simply: “A lot of talented
people had hands in building this car. In the end, we tried to build a classy, subtle
Merc custom that didn’t have flaws. One that could be driven long distances.
That became the ultimate focus of this car.”

As for the car’s plans? “Oh I’ve got big plans for the car,” said Nick Rogers. “I plan on loading up the family, and cruising the El Camino to go get ice cream.”

Check out video interview with owner and builder, http://www.youtube.com/watch?v=8aBMYEl5Hjk&feature=youtu.be