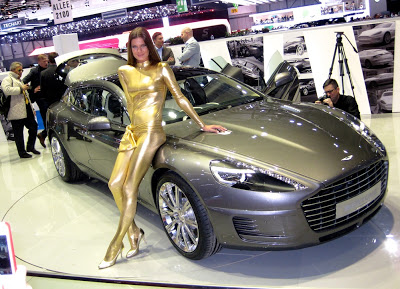 As to the Walker Car of the Show? That would be this automotive work of art created by the famed Italian coachbuilder Bertone for a dedicated Aston collector. It’s essentially a station wagon version of Aston Martin’s already glorious Rapide four-door, though Bertone prefer to call it a Shooting Brake reflecting the age-old British term. Bertone rearranged the rear end to raise the roof ever so slightly and incorporate a lifting tailgate in place of the standard trunk lid. Of course it’s hopelessly impractical as a station wagon with barely enough space for a pair of Louis Vuitton hold-alls, and space in the rear seat still sucks. But the end result is so achingly gorgeous I’d forgive it anything.  A true shooting star! 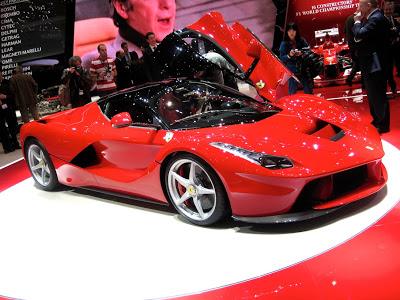 Ignore the quirky name – yes, it translates to The Ferrari – this 950 horsepower gas-electric hybrid hyper-car is the successor to the magical Enzo. And put away you checkbooks; while Ferrari will build 499 examples, each priced at around $1.2 million, they’ve all been sold already to loyal collectors. This scissor-doored masterpiece is powered by a 6.3-liter V12 cranking out a mighty 789 horsepower. Couple that with the 161-horsepower electric motor and you get a combined 950 ponies. That’s enough to rocket the LaFerrari to 60mph in under three seconds and on to a top speed of 217 mph! 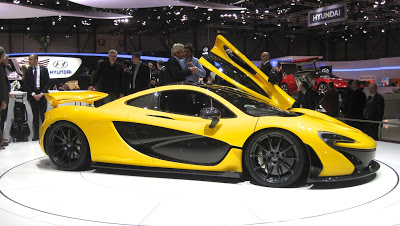 While British supercar maker McLaren wasn’t quite able to steal Ferrari’s Geneva Show thunder, the unveiling of its acid-yellow and black P1 rocket ship came pretty close. Like the LaFerrari, the P1 is a hybrid, coupling a twin-turbo V8 with electric power to deliver a combined 903-horsepower thump. Again, 0-to-60 mph is covered in under three seconds with top speed limited to 217 mph. Unlike the Ferrari however, it can be driven in stealthy, electric-only mode for six miles. Only 375 P1s will be built, each with an estimated $1.15 million sticker. 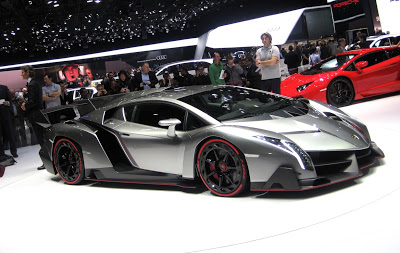 Word has it that when the signori at Lamborghini got wind that both Ferrari and McLaren would debut Supercars at Geneva, they thought it might be fun to throw in a spoiler. Fact or fiction, the ‘Angry Bird’ Veneno grabbed plenty of flashbulbs for its ludicrous, fighter-jet styling, wild air-gulping intakes, and cartoonish rear wing. Cheers to Lamborghini for not calling it a ‘concept’. The plan is to build three, at a cool $four million a-piece. And naturally, all three
have been sold, quite probably to the same Russian oligarch or Saudi prince! The car is essentially a re-bodied version of Lambo’s Aventador Supercar, sharing its 6.5-liter V12, though
with 50 more horses taking the tally up to 750 horsepower. Pazzo! Which is Italian for crazy! 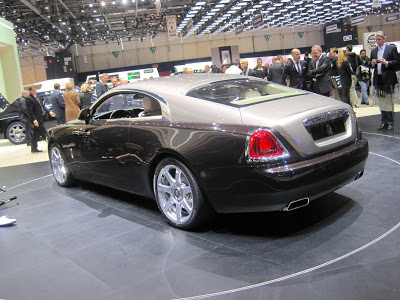 Ahhhh, a note of style and elegance amid the Geneva road-rockets. This new fastback-bodied version of the Rolls-Royce Ghost sedan goes on sale this fall with an estimated $280,000 price tag. Don’t you just love the name? Wraith. It means a ghost-like image and harks back to some of Rolls’ most classic models from the 1930s. According to Giles Taylor, the new design director, this sexy two-door with its rear-hinged coach doors, is all about the “art of travel.”
I can’t say I’m in love with that elongated roofline – the flagship Phantom Coupe has, to my eyes, more elegance – but there’s certainly more visual drama. With a 624-horsepower V12 under the hood, it’s also the most powerful Rolls ever. Magical! 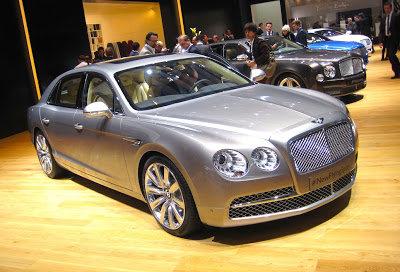 I was never a fan of the original Continental Flying Spur that debuted in 2005. Too bland, too vanilla and way too Lincoln Town Car-ish! But this all-new version is just breathtaking, and now arguably the most elegant Bentley in the lineup. The shape is now sportier and athletic, with a more convincing front-end and a roofline that is just breathtaking. Inside, everything is changed with an even greater focus on quality and style. There’s a choice of a three-across rear bench, or two individual Barcaloungers for ultimate comfort. Powering this new Spur is the hottest version of Bentley’s 6.0-liter W-12 engine cranking out a massive 616 horsepower and 590 pound-feet of torque all flowing through a new eight-speed automatic. Just divine. 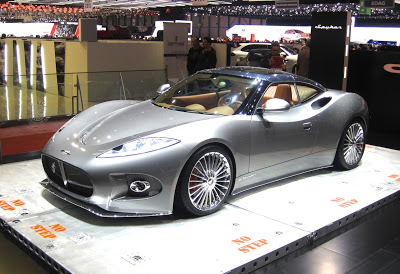 Spyker is back. Well sort of. After its worst year ever in 2012, the teeny Dutch company and its dynamo owner Victor Muller now have a plan. And it’s being spearheaded by this $125,000 mid-engined sports car he’s calling the B6 Venator. The car shown at Geneva was a concept though a production version should be available next year. And yes, you’d want one. Similar in size to a Porsche Cayman, it’ll be powered by a mid-mounted V6 – origins so far unannounced – producing around 375 horsepower. I love the look of it, with its Maserati-like open-mouth grille and glass canopy roof, though that roller-coaster waistline is a little extreme. Inside, it’s traditional Spyker, with lots of quilted leather, exposed gear linkage and engine-turned aluminum. At $125, it should be a hit. 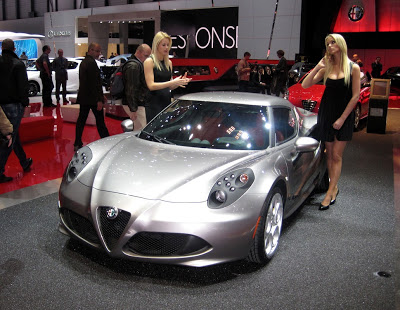 Later this year, Alfa Romeo will finally return to the U.S., initially with one model, the car you see here – the 2014 4C. Strange choice. As cool as the Cayman-sized 4C is, with its exotic, all-carbon fiber body, mid-mounted V6 and dual-clutch automatic, its estimated $60-grand price tag will put it way out of the reach of most sports car fans. Where’s the affordable Alfa Spider replacement, the car we know and love from The Graduate movie, with its drop-top roof, stick-shift transmission and $35,000 sticker? Not launching with a roadster is, I fear, a big mistake. And while the 4C is cute – apart from those weird, over-busy headlights – it looks a little too much like a Lotus Elise. Disappointing. 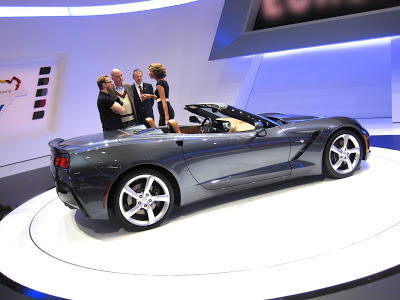 No surprises here. After the unveiling of the awesome, all-new Stingray coupe in Motown in January, we knew it wouldn’t be long before Chevy pulled the silk off a ragtop version. And this new Corvette Stingray makes for one, hot-looking droptop with its three-layer canvas roof either up or down. Highlights include a 21-second lowering time, and the ability to drop the top at speeds up to 30 mph. And, for the first time, you can lower it by pressing the key fob as you casually saunter towards the car. How cool is that? Expect to see it in dealerships by year-end.