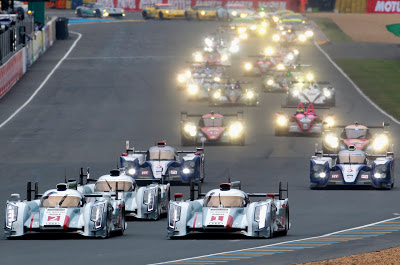 If ever there was a race that represented the ‘Spirit of Le Mans’ it was this year’s 81st edition, the third round of the FIA World Endurance Championship. The 56 competitors who took the start and the 42 who were classified at the finish line today all displayed the qualities of endurance, competition, teamwork and determination in the face of adversity that personifies the most famous sports car race in the world. 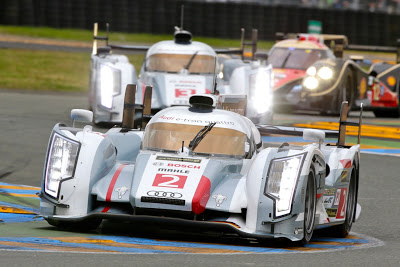 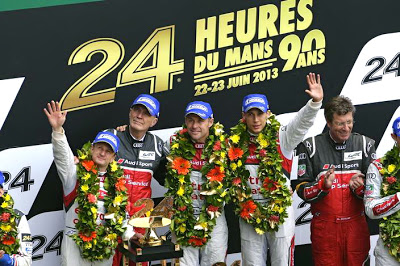 The No.2 Audi Sport Team Joest R18 e-tron quattro won today, after having led the race from the Seventh hours. It is Tom Kristensen’s ninth victory, Allan McNish’s third and Loîc Duval’s first and the result moves the trio firmly into the lead of the World Endurance Drivers championship.  They crossed the line ahead of the No.8 Toyota Racing TS030 Hybrid
of Sébastien Buemi, Anthony Davidson and Stéphane Sarrazin.  In third place
was the No.3 Audi R18 of Jarvis-Gené-di Grassi. 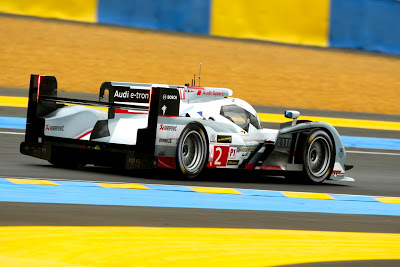 For the second time in succession, Audi has won the Le Mans 24 Hours with a hybrid
racecar and quattro drive, thus continuing its unique success story at the world’s
most important endurance race. 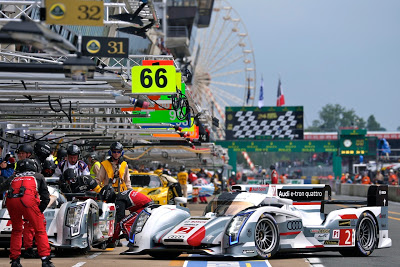 As expected, the twelfth triumph for the four rings at Le Mans was one of the most difficult
and hardest-fought ones. Following a change in the regulations that was made at short
notice, the three Audi R18 e-tron quattro cars on average were able to do two laps less
on one tank filling than their main rival, Toyota. The Audi drivers had to compensate
for the additional pit stops by faster lap times on track – and did so in weather
conditions that at times were extremely difficult. 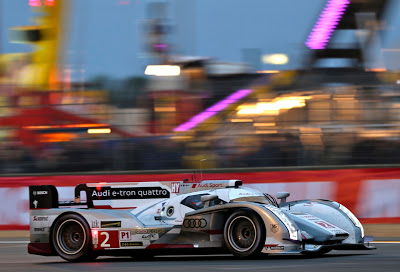 The challenges for the race were many and constant throughout the 24 hours, with the entire paddock reeling in the early hours at the news of the loss of Aston Martin’s Allan Simonsen, Kristensen’s Danish countryman, to whom he paid tribute on the podium and after the race.

For more information about the race and full results, please visit http://www.fiawec.com/races/24-heures-du-mans/results-and-chrono.html