Come along as Collin Morgan takes us on a trip to the Holy Land – Sant’ Agata Bolognese – and inside Lamborghini’s jaw-dropping factory and museum. Tickets aren’t needed. 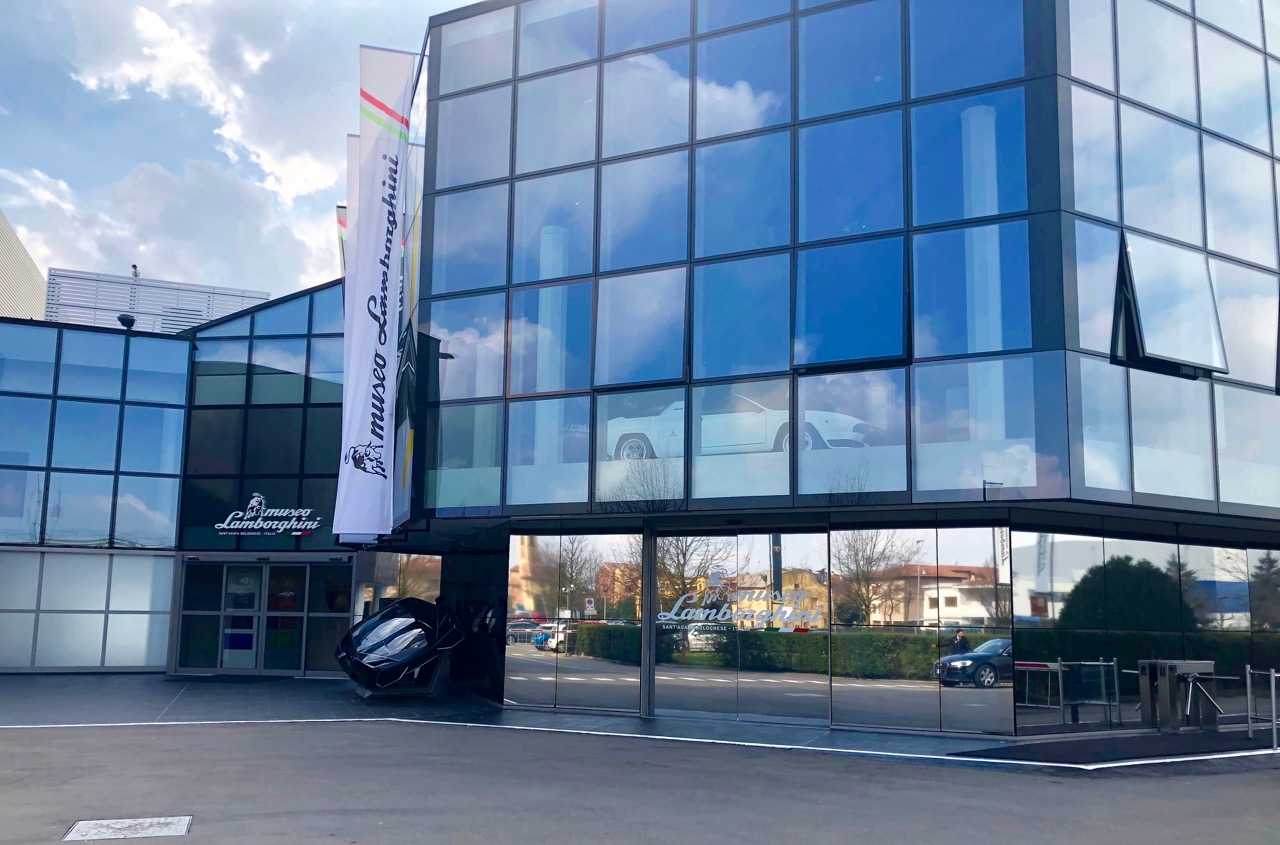 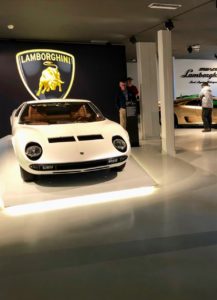 Outside of Bologna in the north of Italy is the small commune (township or municipality) of Sant’ Agata Bolognese, home of Supercar manufacturer Lamborghini. Nestled between sprawling crop fields sit the museum and factory with distant hills looming on the horizon. The humble roads crisscrossing the area are populated with Supercars that are nearly as common mundane Toyota grocery-getters in my neighborhood! I feel really fortunate to have spent a day at this performance car shrine, LAMBORGHINI: FACTORY & MUSEUM TOUR! and would go back in a heartbeat.

In the early 1960s, Ferruccio Lamborghini was a successful manufacturer of tractors. Once he became wealthy enough, he purchased a Ferrari 250 GT, but the car was equipped with a clutch that kept failing. Frustrated, Ferruccio replaced the clutch with a tractor clutch and it worked like a charm. He took the idea to Enzo Ferrari, but was rudely told off: “I’ll stick to racecars, you stick to tractors.” Infuriated, Ferruccio founded Automobili Lamborghini in 1963 and effectively established its legacy as one of the major players in the industry.

I listened intently from the backseat of the tour van as the driver – a tall, skinny man by the name of Giancarlo who had a rich Italian accent – relayed this story. We rounded a corner and approached the large complex. Large letters spelling Lamborghini adorned the top of one of the buildings. I caught my breath and realized that the cars on my bedroom posters – racing legends and dream machines – were all made right here. We pulled in, crossed the threshold of the museum, and I was immediately greeted by the car that was first dubbed a Supercar – ‘66 Miura. A large spread of cars covered the glimmering floor, and I couldn’t wait to feast my eyes on them. 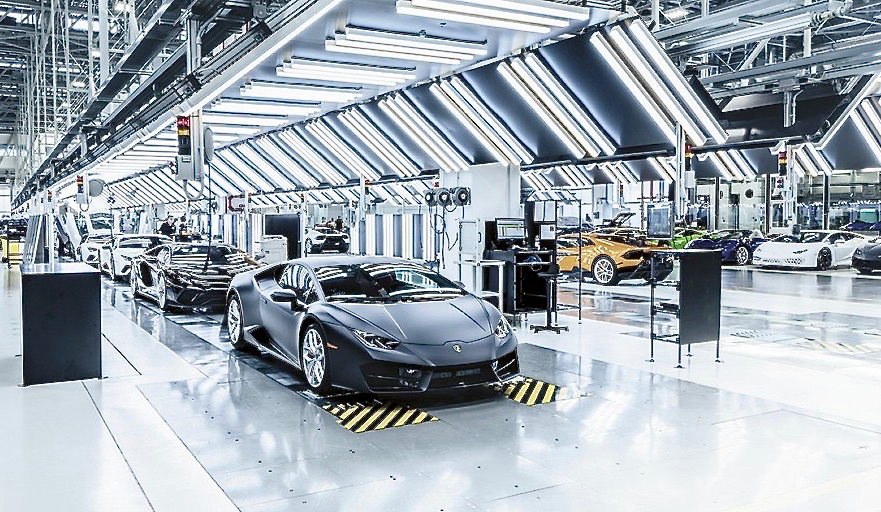 But first, a tour of the factory. Inside, there were assembly lines, staffed with three-four human technicians per station, pumping out only six cars a day. This is not your typical major automaker assembly line; this is perfection in its most efficient form. The leather is hand-sewed; the V10 & V12 motors are hand-built. It is spectacular craftsmanship in its purest form. 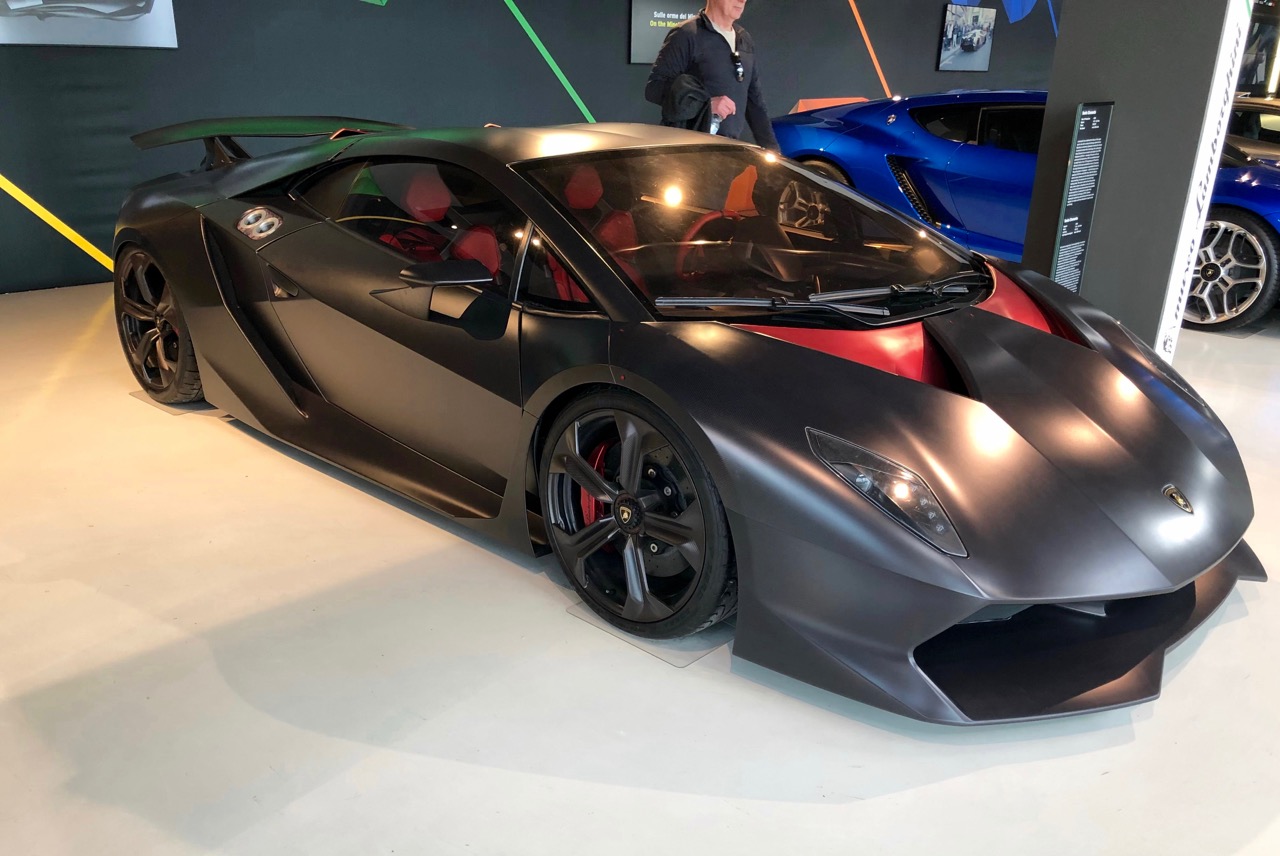 Back in the museum, I explored and gaped at the works of art on display. With Lamborghini being a relatively new company (compared to other century-old manufacturers), the majority of the cars were modern. I spotted the Sesto Elemento immediately, and beheld its beauty. Sesto Elemento literally means “sixth element”, and the name was used to represent carbon, which is regarded as the sixth element. Boasting advanced carbon-fiber technology, the Sesto Elemento has an insane power-to-weight ratio of 3.89 pounds per horsepower, and can zip from 0-62 mph in 2.5 seconds! 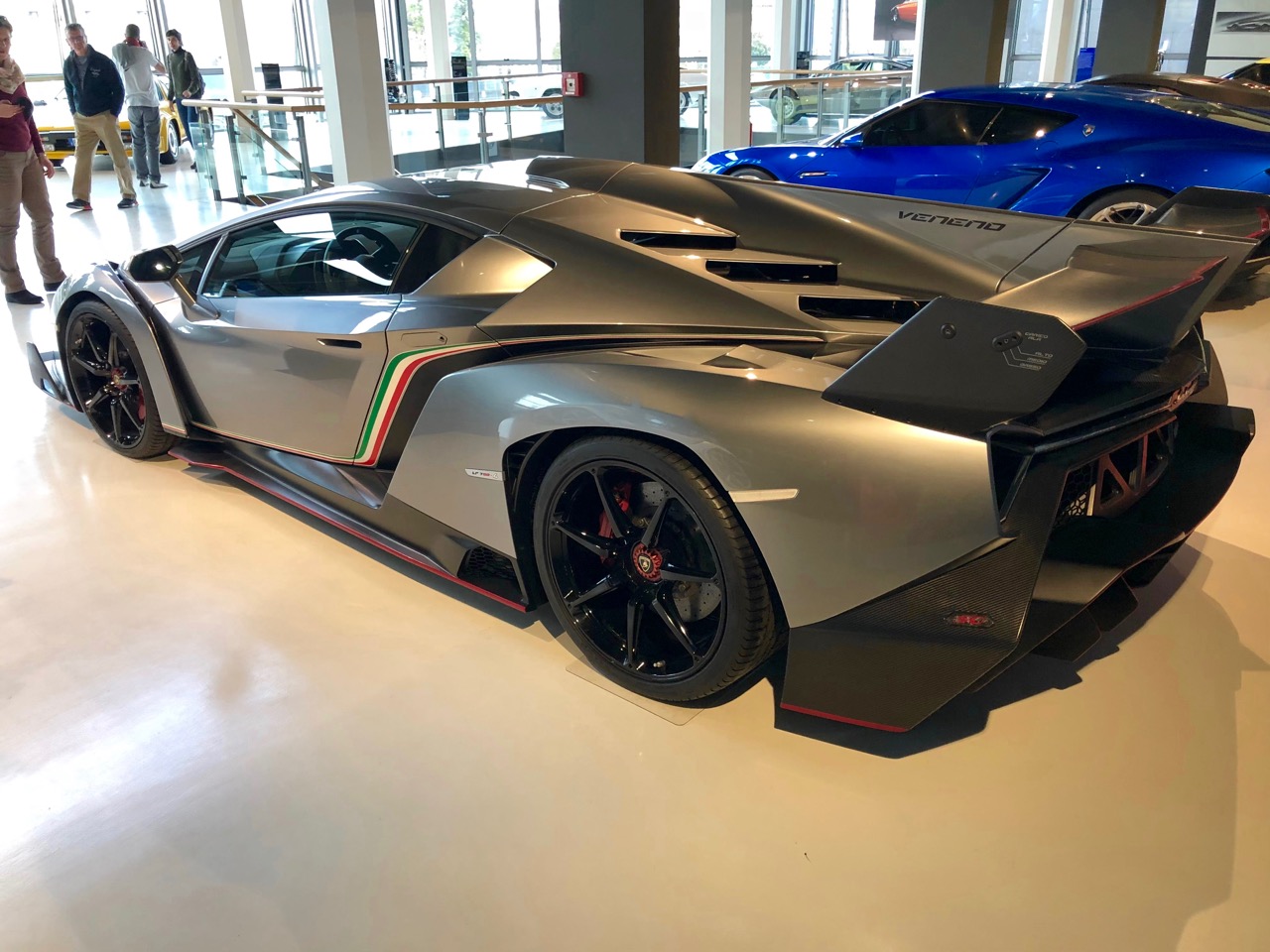 Adjacent to the Sesto Elemento sat the freakish Veneno, a 740 horsepower beast, first introduced in 2013 at the Geneva Auto Show. The Italian-flag-colored stripe accented the body-lines perfectly. 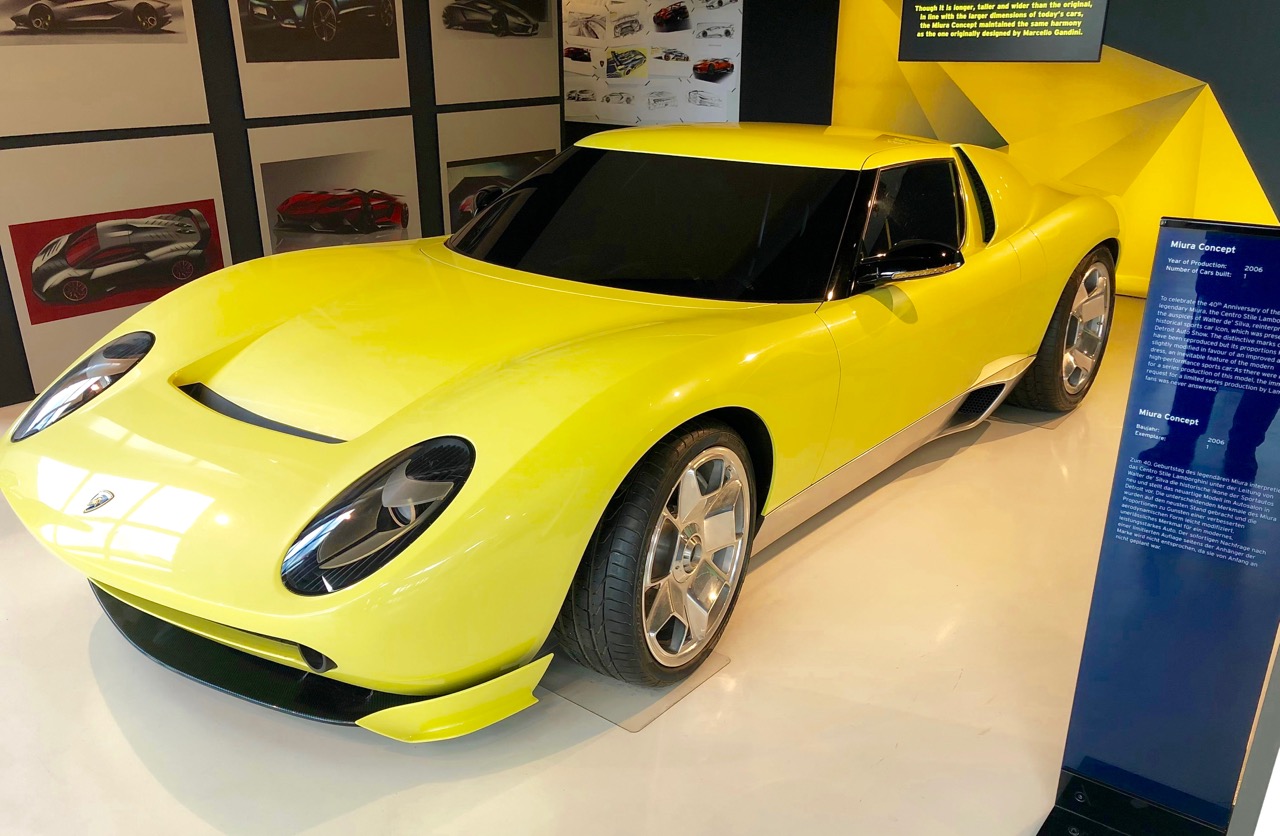 Next, was the stunning yellow ‘06 Miura Concept Car, which flawlessly captures the essence of the original. It’s truly a shame the car never made it to production. 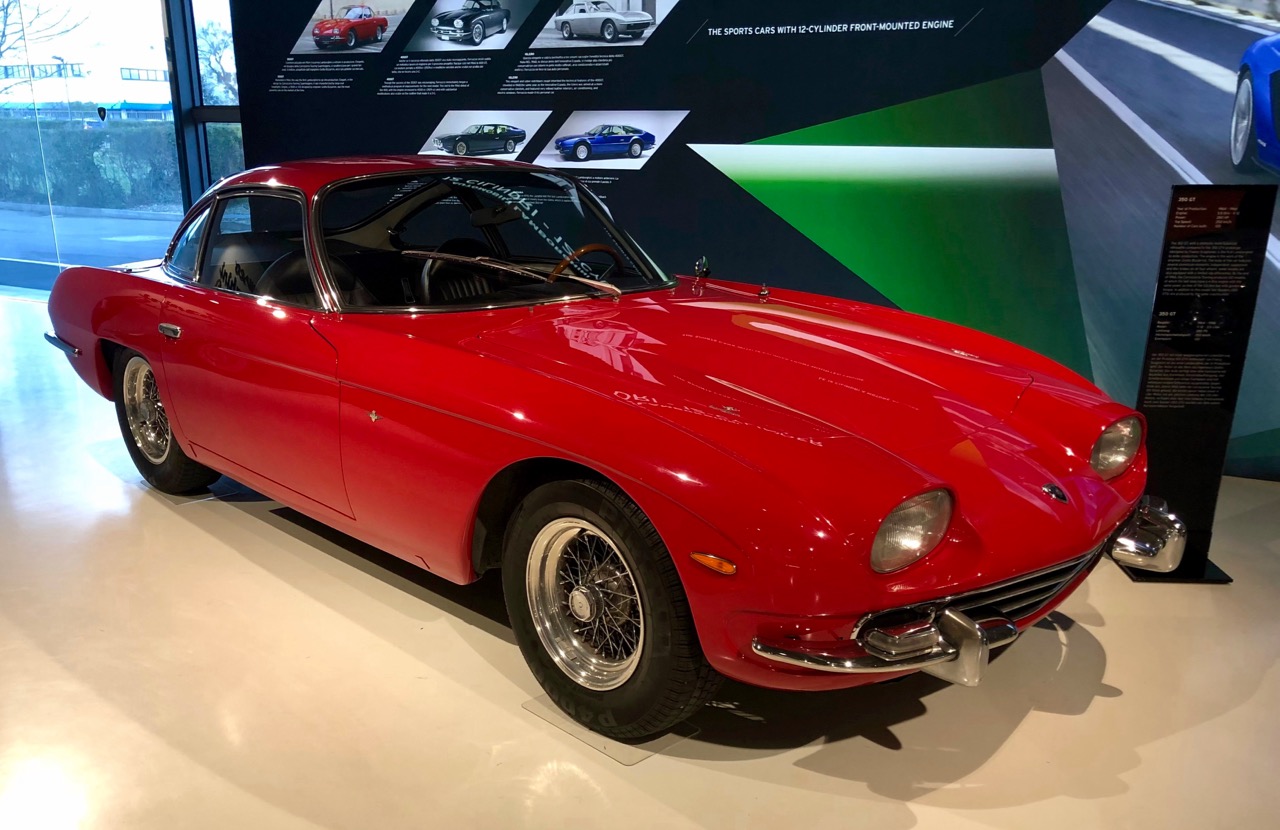 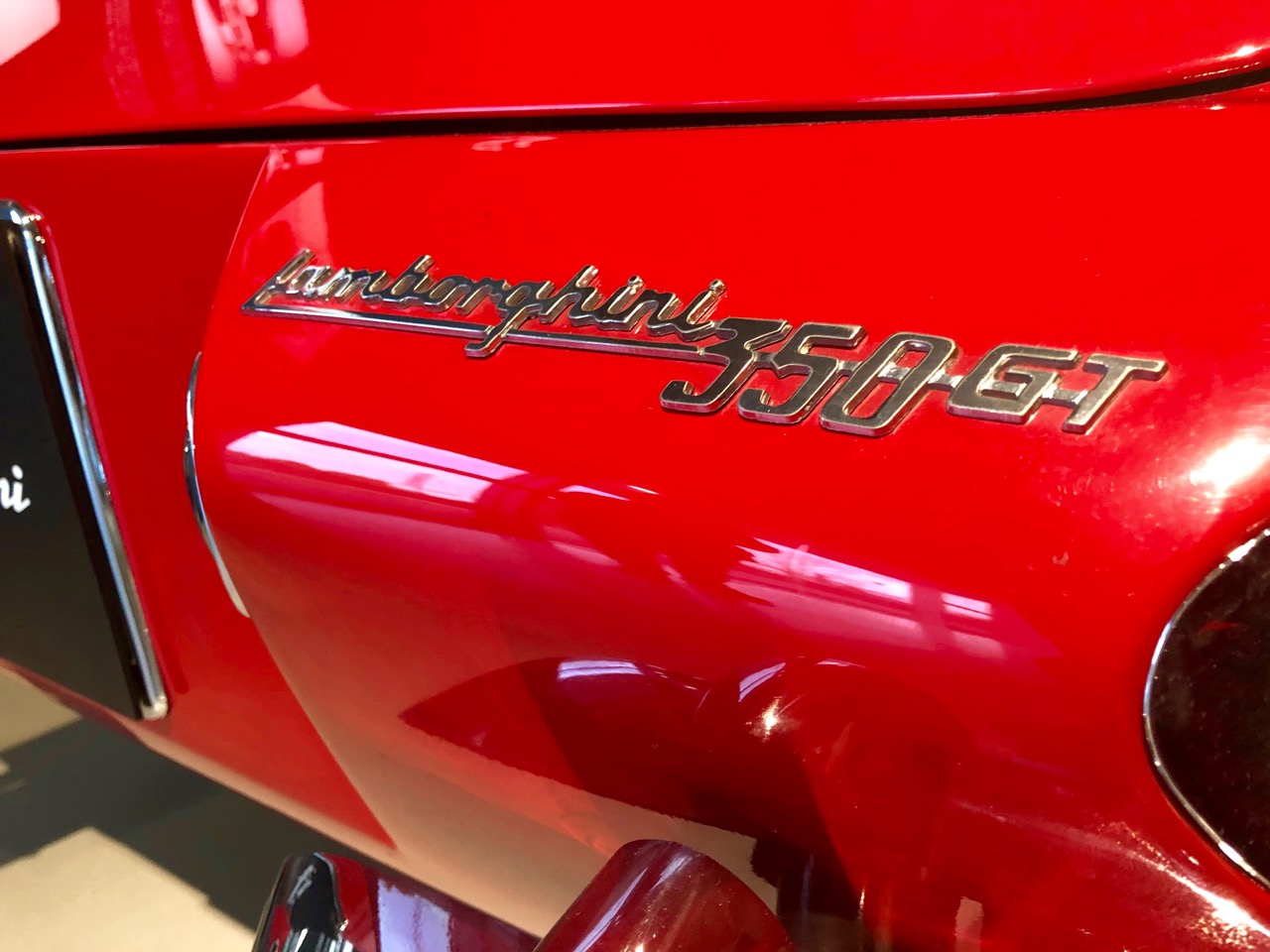 On the main floor of the museum were parked more of the vintage models, including this beautiful 350 GT. This was Ferruccio’s first real attempt at the Grand Touring sports car market. It and its successor in 1966, the 400 GT, insured the survival of Lamborghini. 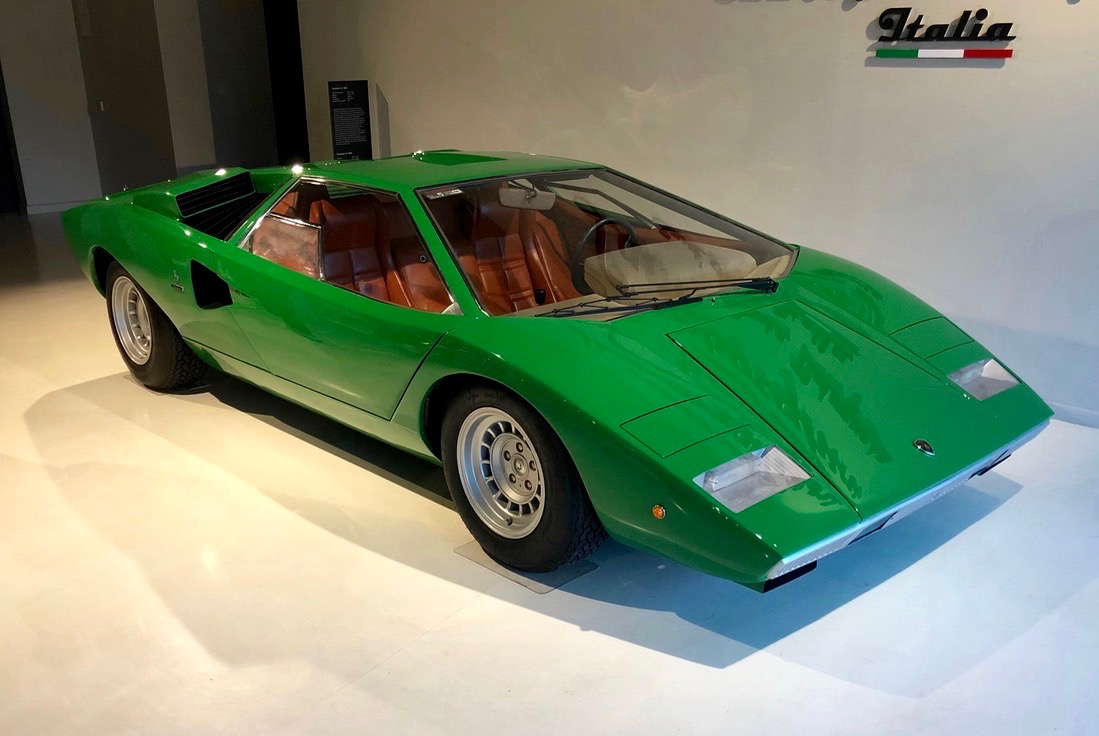 This is the legendary Bertone-designed Countach LP-400, at the time considered a visual revelation. The design was progressive and sharp, and would usher in the modern models that make Lamborghinis so recognizable. 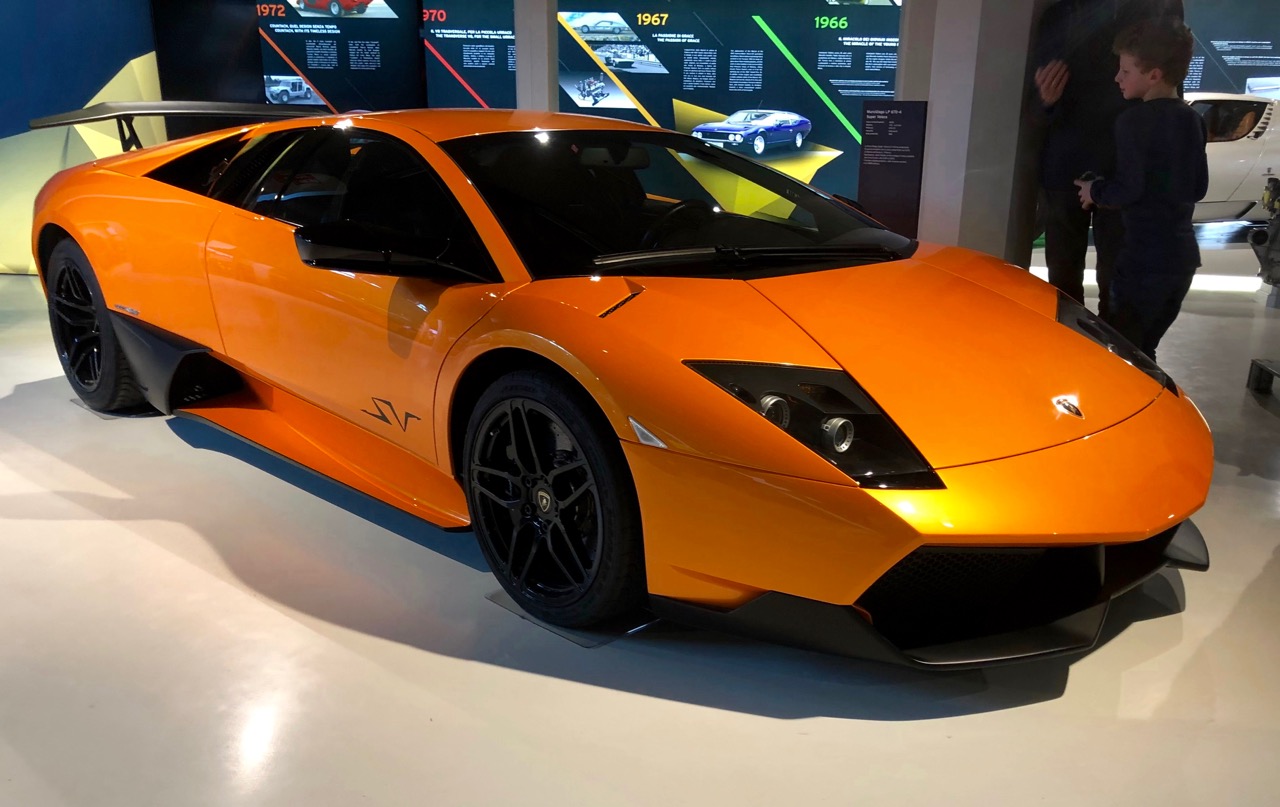 Painted in a gorgeous orange is the Murcielago SV, the performance edition of the iconic Murcielago. This is the race-spec Huracan LP 620-2 Super Trofeo (below), with its towering spoiler and advanced aerodynamics, along with the screaming V10 pumping out 611 horsepower! 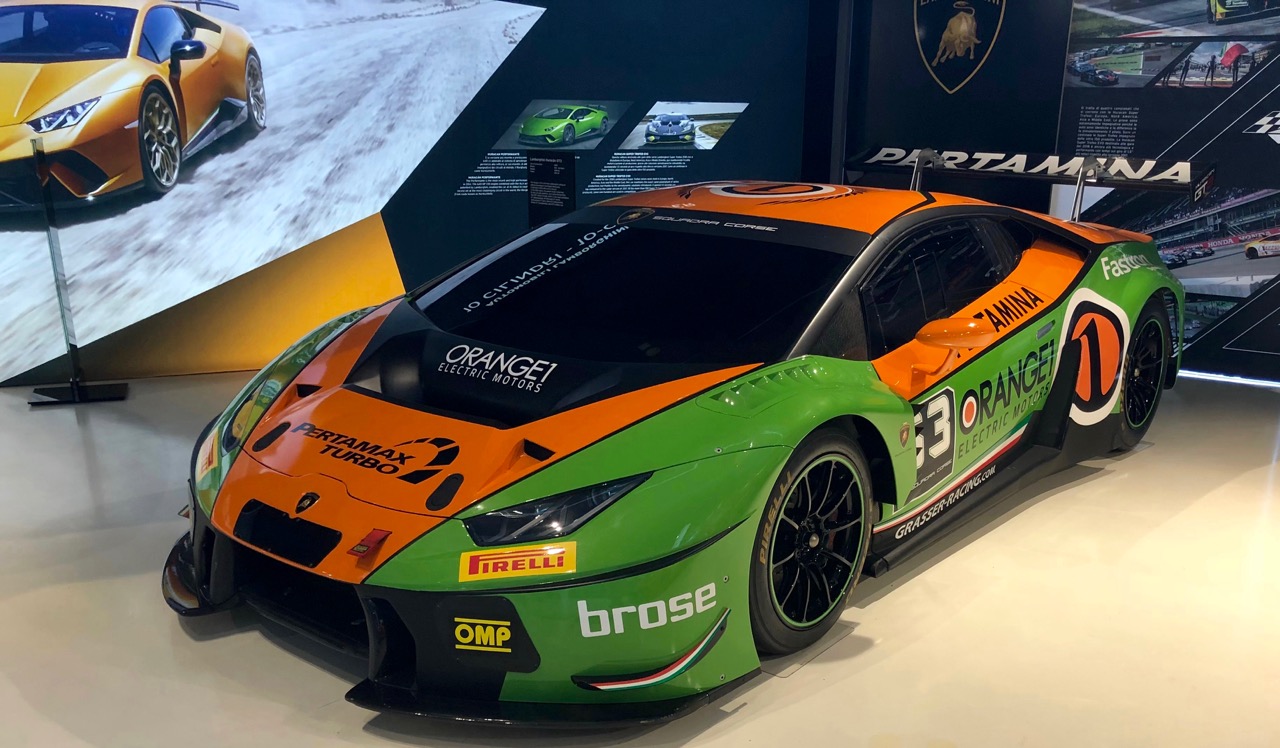 Once I was on the plane back home, the sun set on the lumpy boot in the Mediterranean casting shadows over that shrine of motorsport. If the automobile industry ever loses its edge and creativity, I know for a fact that we can look to Sant’Agata Bolognese in the Italian countryside to bring us out of the dark. The roar reverberating in those hilly fields will not die. Of that, I am positive.