A celebration of more than a half-century of horsepower & heritage and kick-ass, road & track big-block Chevy Supercars. 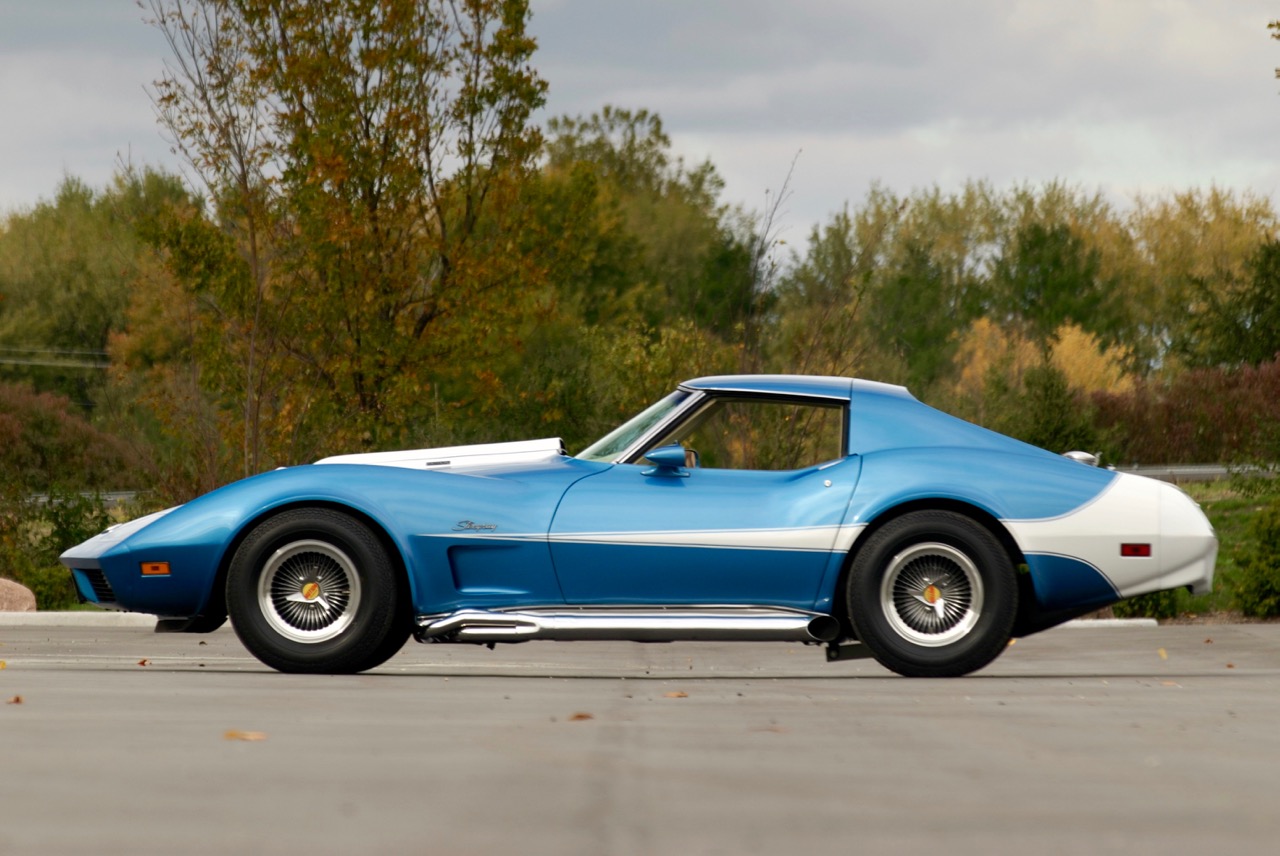 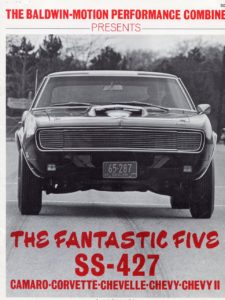 Randy Leffingwell wrote in American Muscle Cars in 1990,“Motion (Performance) and Baldwin (Chevrolet) got together to provide enthusiasts a faster car than any manufacturer could offer.”

Motion Performance’s Joel Rosen was the driving force behind the creation of Baldwin-Motion in 1967. His calling card was a 427 Camaro, the quintessential ultra-performance Ponycar. Baldwin-Motion was not alone, however. Other Chevrolet dealers also took advantage of the interchangeability of Chevrolet’s big-blocks, easily bumping up displacement of 396 Camaros by 31 cubic inches and output by 50-75 horsepower. They all built credible street fighters – but New York’s Baldwin-Motion was different.

Baldwin-Motion was all about serious performance and each car was built to order and dyno-tuned by Joel “Mr. Motion” Rosen. Buyers could chose from more than 30 Special Performance Options including L88 and ZL1 engines, insuring that no two were alike. Between 1967 and 1974, Baldwin-Motion marketed the highest-profile, highest-performance new Camaros, Novas, Chevelles and Corvettes you could buy.

David Newhardt wrote about Rosen’s handiwork in American Muscle Supercars in 2008: “A Baldwin-Motion 454 Camaro is all about trolling for trouble.” 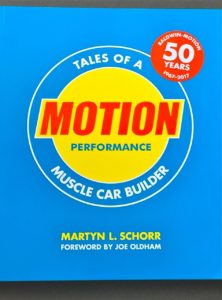 Money-back performance warranties and “in-your-face” national advertising that spoke to enthusiasts supported Baldwin-Motion’s products. Joel Rosen in 1967, Bill Mitchell in 1968 and 1969 and Dennis Ferrara from 1970 to 1975 raced AHRA World and NHRA National record-holding Baldwin-Motion Camaros, sponsored by CARS magazine. They drag raced and sponsored only what they sold – big-block Camaros, Chevelles and Corvettes – in classes potential buyers could relate to.   Between 1973 and 1975, Ferrara set 17 NHRA A & B/MP National Records!

Baldwin-Motion’s category-defining, 500-horsepower Phase III 427 and 454 Chevys turned heads, kicked ass, ran mid-11s at the track and could be financed by GMAC.   No stories, no fluff and no excuses. And no badge-engineered factory COPOs!   They had few peers on the street and on  drag strips.

Check out Scott Teeter’s feature on the history of Baldwin-Motion, http://www.superchevy.com/features/1905-50th-anniversary-of-the-baldwin-motion-ss-427-phase-iii-supercars/

The 50th Anniversary edition of MOTION PERFORMANCE, Tales Of A Muscle Car Builder that covers the brand including its re-launch in 2005 is still available @ https://www.amazon.com/Motion-Performance-Tales-Muscle-Builder/dp/0760355606/ref=sr_1_1?s=books&ie=UTF8&qid=1493151743&sr=1-1&keywords=MOTION+Performance%2C+Tales+of+a+muscle+car+builder