Cadillac turns a Z06 Corvette into a four-door, 640-horsepower sedan, blogs Road Test Editor Howard Walker. May The Force be with you. 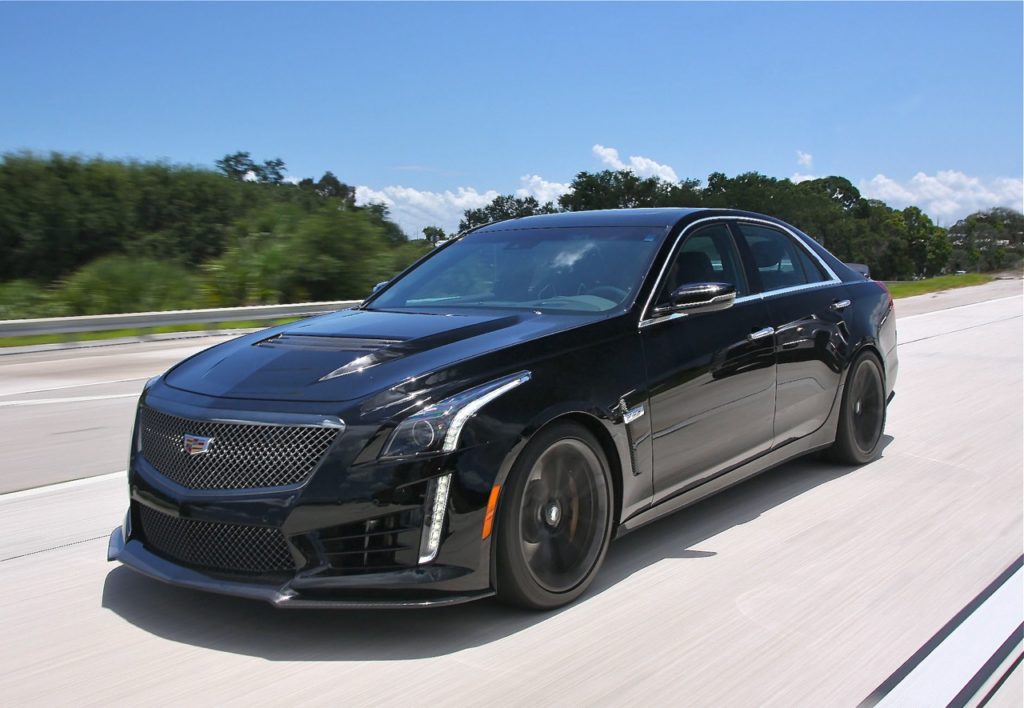 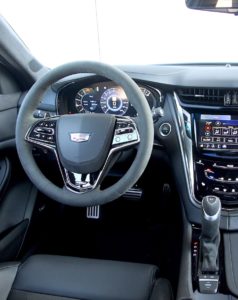 What we have here is the latest and greatest, third-generation Cadillac CTS V-Series sedan; the fastest, most-powerful, most potent Caddy that doesn’t have racing numbers stuck to its doors. Yes, as you might expect, this 2017 V is an absolute thrill-ride. Brutally fast, astonishing through the curves, more nimble and agile than Nureyev in his prime. Yet it’s amazingly sophisticated and subtle when it’s not being called on to do hot-laps around Sebring.

It’s what happens when you take a stock Cadillac CTS, rip out its guts and shoehorn-in a thundering 6.2-liter supercharged LT4 V8 from the latest Corvette Z06. Let me repeat: 640 horsepower. That’s an 84-horsepower ascent over the last CTS-V, and 40-horsepower more than the just-announced ‘18 BMW M5. Mercedes’ sublime AMG E63? That has to make do with 67 fewer ponies than the Caddy! 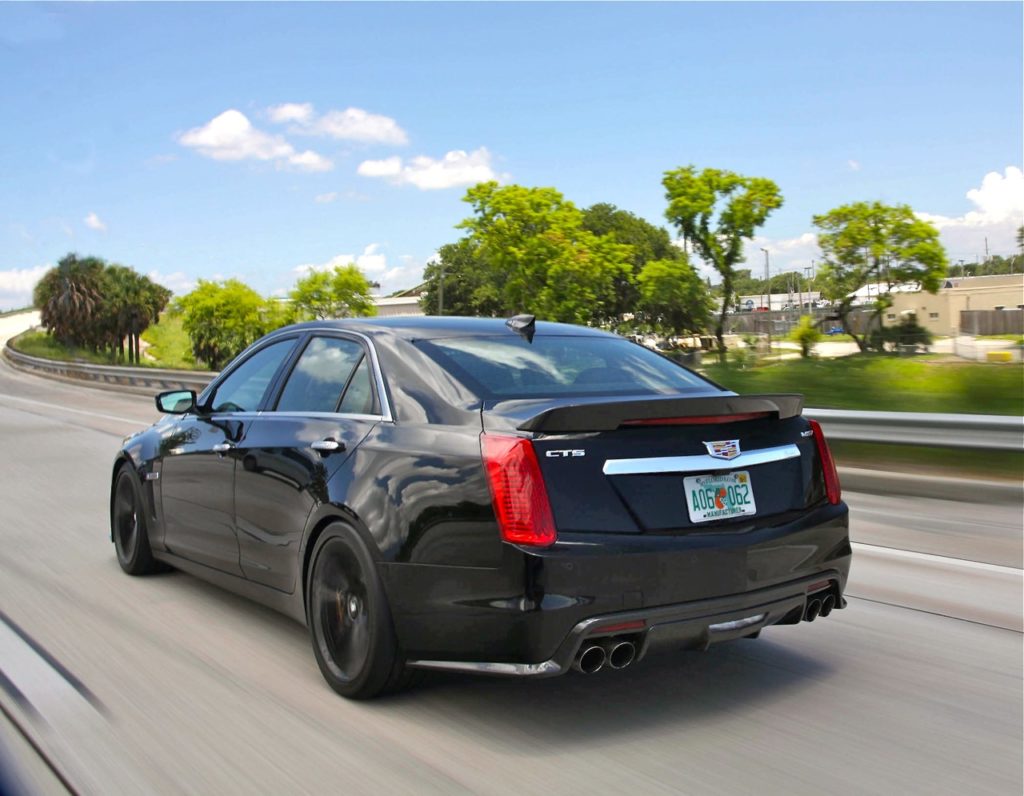 To find out how this translates into real-world – or rather other world – performance, find yourself a nice long, deserted stretch of blacktop, disused runway, or Walmart parking lot for that matter. Now hit ‘Sport’ mode on the center console drive selector, left foot on the brake, stomp on the throttle with your right, and release.

Whooooaaa. Conjure-up the image of a rock being released from a catapult, an F-18 being launched from the deck of a carrier, the Starship Enterprise going into warp speed. It’s insane. And insanely fun. It’s no wonder that every CTS-V comes with complimentary two days of instruction at one of Cadillac’s V-Performance Lab driving academies. 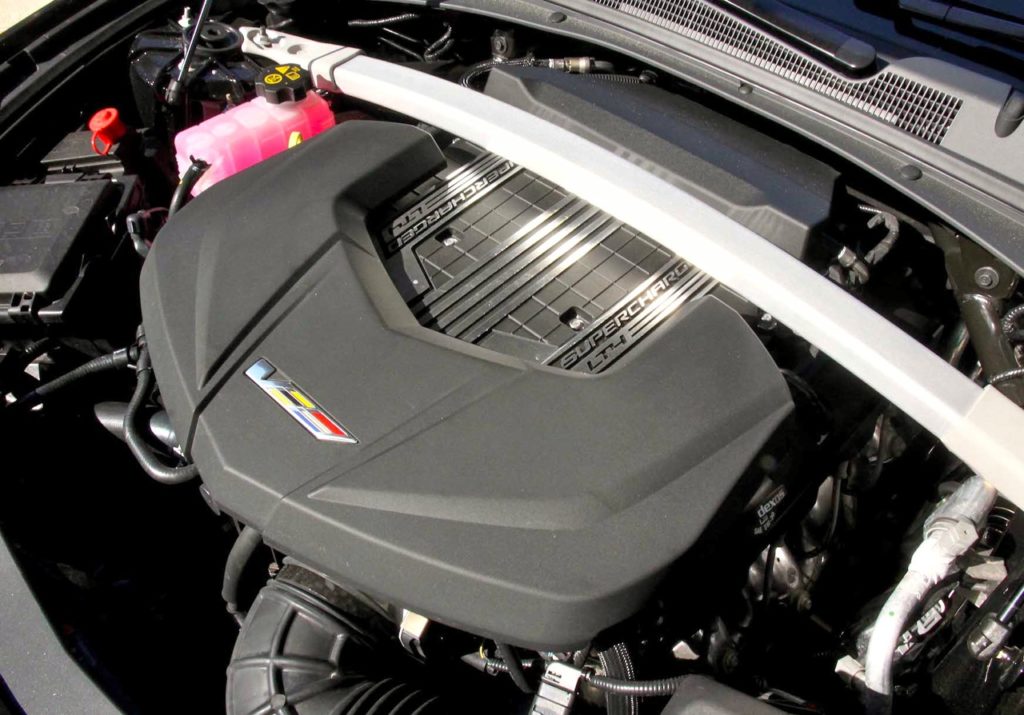 But arguably the CTS-V’s real party piece is its mid-range grunt. The kind of grunt you need when punching out of a tight bend, or passing an 18-wheeler on a two-lane. Pull-back on the paddle shifter to kick down a gear, and feel the impressive, turbine-smooth thrust of 630 pound-feet of all-muscle torque. And when the time comes to reign-in this supercar-like performance, the V’s mighty Brembo brakes, with huge six-piston front and four-piston rear calipers, scrub off speed as effectively as hurling a ship’s anchor out the back. 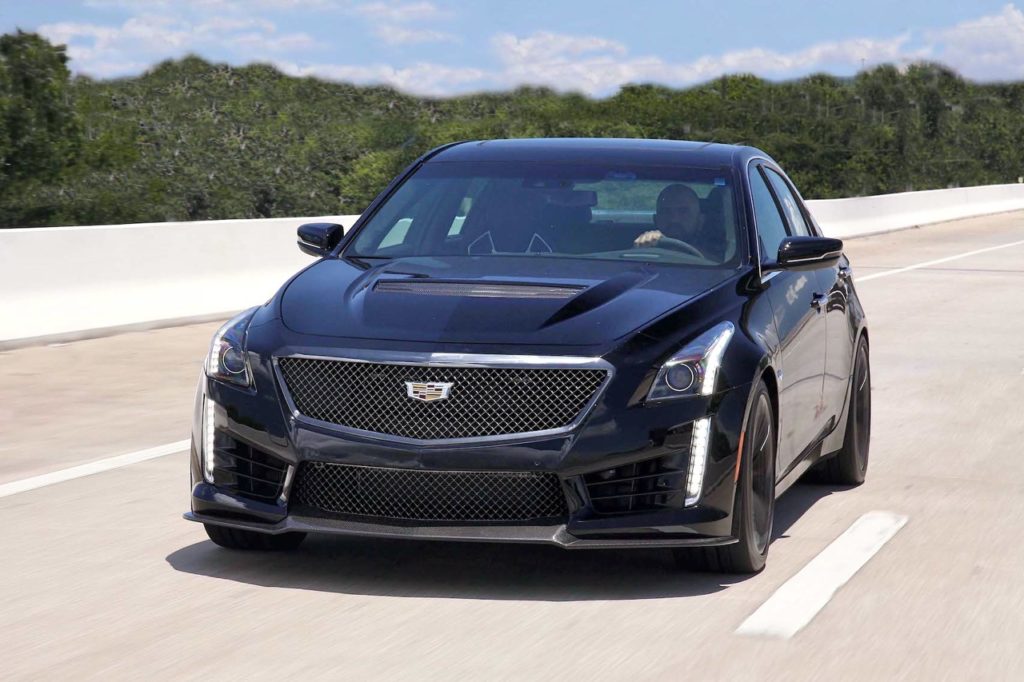 Yet here is a super-sedan with a true a Jekyll and Hyde personality. Yes, it’s deliriously happy to burn-up the blacktop. But switch out of Sport and into Tour mode, and the Caddy becomes a Caddy; hushed, refined, relaxed and easy-going. And in this gentler mode, the car’s impressive Magnetic Ride Control suspension smoothes out the lumps and bumps while still keeping the car level and composed through the twisty bits.

This stealth mode also applies to the Caddy’s styling, especially in the all-black Goth guise of our tester. See it on the street and it grabs about as much attention as a five-year-old Camry. Even the optional $7-grand Carbon Black package fitted to our test car did little to turn heads. But in a car that struggles hard to keep to the speed limit, that’s a good thing right? 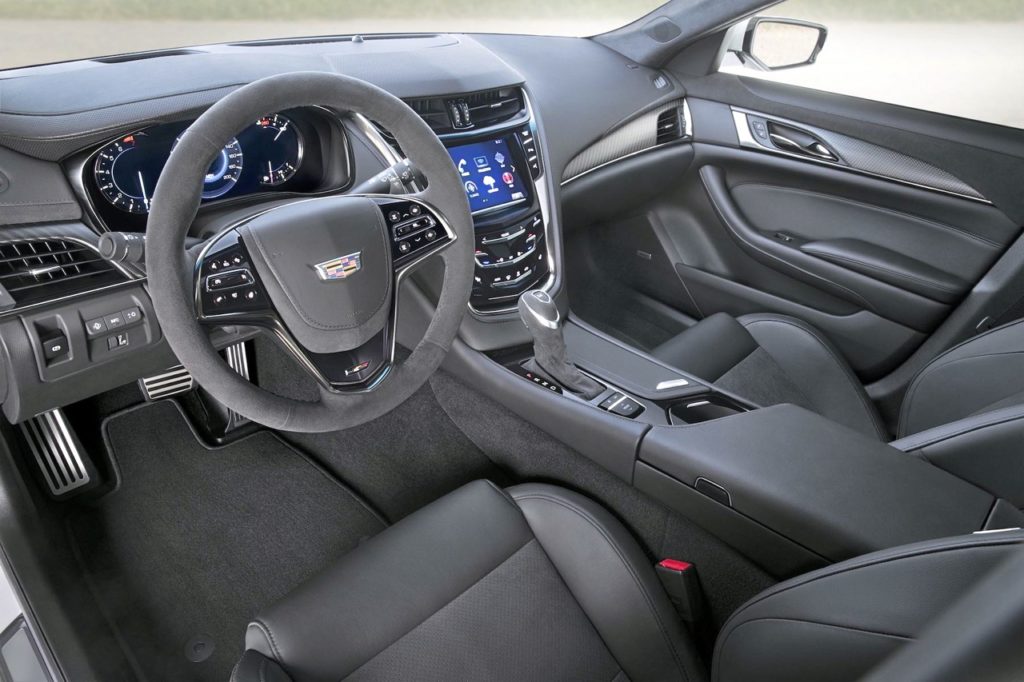 Inside the Kentucky coalmine color scheme continues with everything 50 shades of black. But it’s a hugely tactile experience, especially if you’ve opted for the hip-hugging Recaro sports seats – a $2,300 add-on. And once you’ve gripped the sueded microfiber wheel and shift knob, you won’t want to let go. 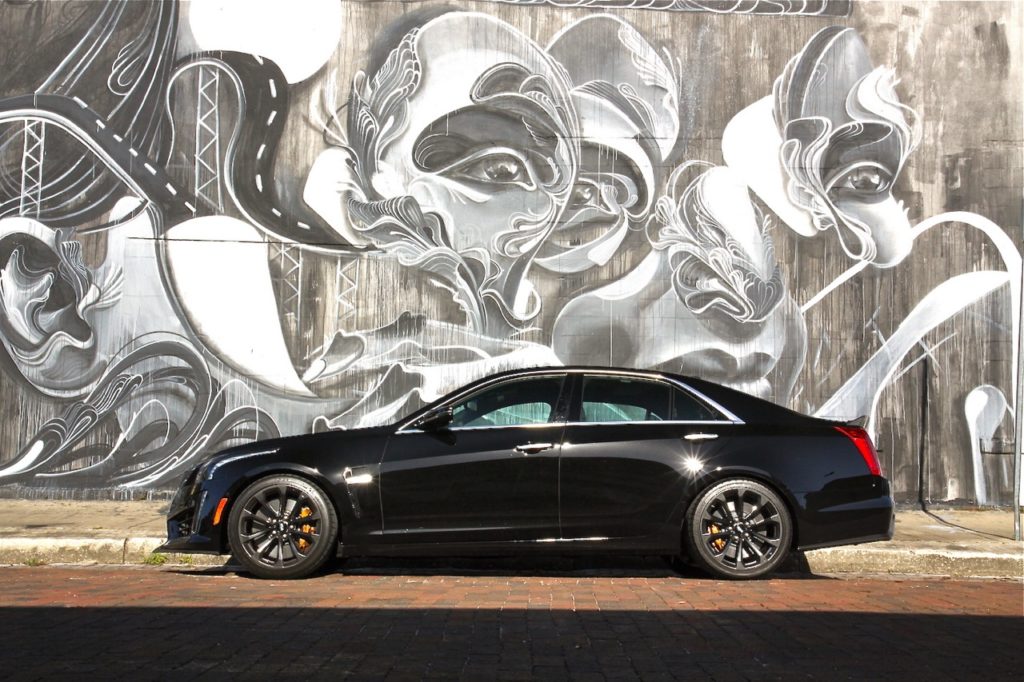 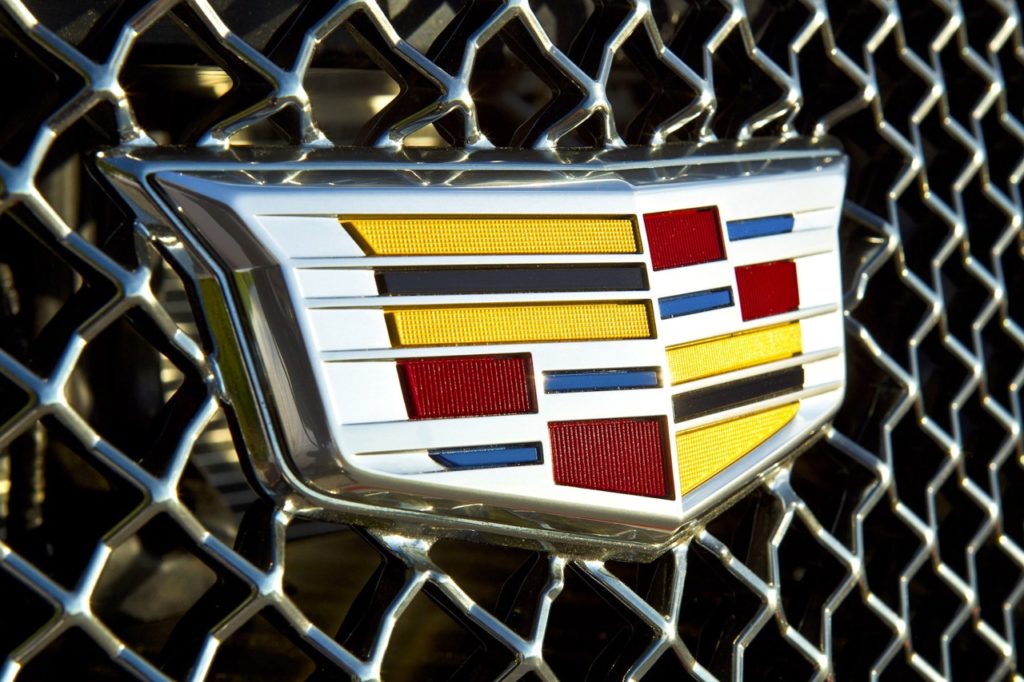 But if you love American muscle, love the thought of a four-door Corvette Z06, and love driving what has to be Darth Vader’s favorite whip, the CTS-V has your name on it!

For more information about the latest Cadillac luxury and performance vehicles, please visithttp://www.cadillac.com/vehicle-lineup.html