Skip to content
For two decades, the Radnor Hunt Concours d’Elegance has showcased 100 two and four-wheeled examples of design and engineering excellence. Our ‘dynamic duo’ Maureen and Mike Matune, bring you highlights of the 2016 event. 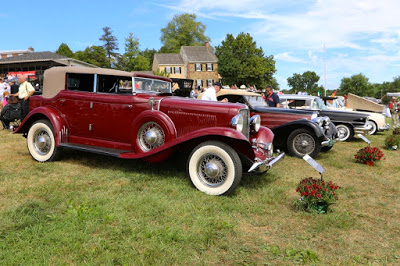 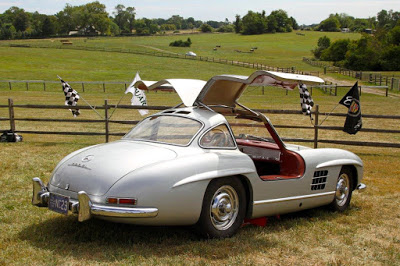 Twenty years ago Michael Tillson had the idea of holding a Concours on the grounds of the historic Radnor Hunt. Limited to just 100 distinctive and varied cars, the Concours would combine an idyllic setting with landmark cars and motorcycles. Today sees the event, not just surviving, but prospering thanks to the dedication of Tillson, his board, staff and innumerable volunteers who dedicate themselves each year to continuing the Concours’ legacy. Benefiting from all this is the Thorncroft Equestrian Center in Malvern, PA, allowing them to provide horseback riding experiences to those with therapeutic needs.

Among this year’s three featured classes was the iconic Mercedes Benz 300SL. One of the numerous high-level examples was Marianne MacDunna’s 1956 Gullwing. She is the original owner of this car that was raced by Graham Hill in Nassau and Roger Penske in Vineland. 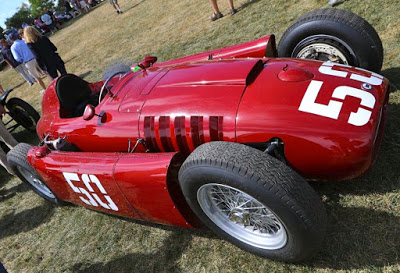 Lancia was this year’s featured marque. The fruit of the fertile mind of Vincenzo Lancia, the cars would always display breakout engineering and inspiring styling. To help celebrate, the Revs Institute/Collier Collection brought their ‘55 Lancia D-50 Formula One car. Its distinctive shape comes partially from the outrigger tanks designed to keep the weight of the fuel load within the wheelbase. After Lancia withdrew from racing at the end of the 1955 season, Ferrari acquired its cars. Juan Manuel Fangio drove a derivative of the Lancia under the Ferrari nameplate and claimed the 1956 world championship. 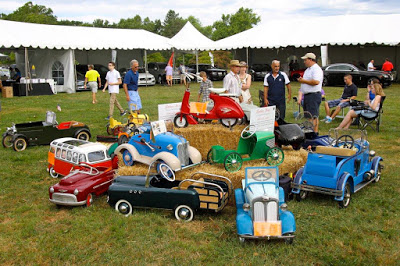 Pedal cars were a big hit this year. These colorful creations have entertained children for years with thoughts of budding racing careers and the freedom of the open road. Now they perform another function as collectors acquire, restore and show them. Each is unique as to styling, color and features, in some way reflecting the era in which they were first a child’s toy. 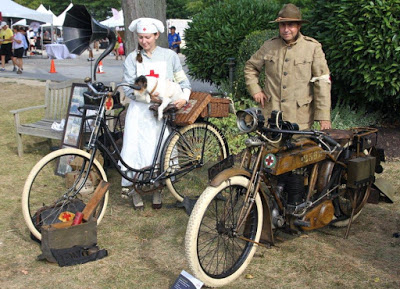 Striking a WW l theme were nurse Dana Caton and “Doughboy” John Illenye. They complemented a circa ‘18 Gritzner bicycle and a ‘17 Triumph Model H motorcycle. Not to be outdone, canine “Loki” wears a coat denoting “Sanitation Hound” used to control vermin. 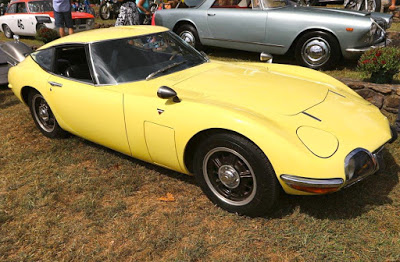 Max & Brad Paul showed their ‘67 Toyota 2000GT. Designed in part in collaboration with Yamaha, the car became a Halo for the brand as they moved away manufacturing more plebian transportation. Its impressive styling combined with performance provided by a 150-horsepower DOHC Six, put it right in the mainstream of contemporary sports and GT cars. Sadly, production was very limited and remaining examples command hefty price tags. 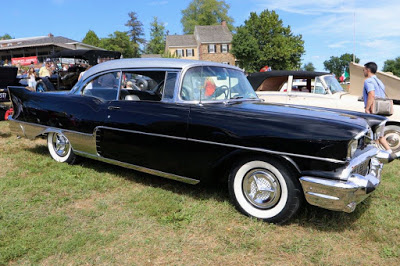 Under the heading of What is it? is a ‘57 El Morocco owned by Peter Licari. It represents the dream of Rueben Alexander, a Detroit auto parts supplier who thought he could build a car to fill the gap in GM’s lineup between the Chevrolet and Cadillac. It was not to be and the enterprise would only produce around 16 of these. 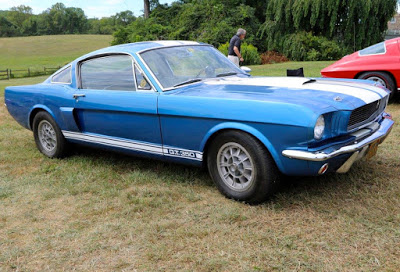 Chuck Cantwell has had an interesting automotive career. He has worked for GM, Shelby-American as Project Manager on the GT350 and Penske Racing. In addition, he has been a successful racer himself. At Radnor Hunt, he brought his own GT350, complete with “Chuck” license plate. This car is a totally original, award-winning Shelby. 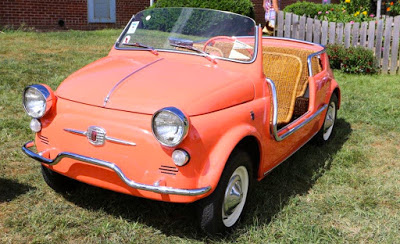 On the diminutive side, we have the Fiat Jolly of William Kontes. Fiat Chairman Gianna Agnelli had Ghia produce a Fiat variant to be carried on his yacht. The idea caught on and the cars became popular with the moneyed set. Its mini-size and striking design, combined with bright colors and wicker seats grab and hold one’s attention. This, together with a small production run, makes them highly coveted today. 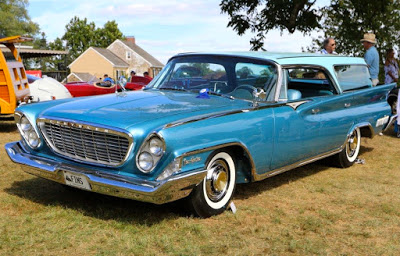 For the behemoth side of the size scale, we have Lynne & John Cote’s ‘61 Chrysler New Yorker station wagon. Broadway Produced Arthur Knorr, whose work includes the Texaco Star Theater and numerous beauty pageants, special ordered it. The car checks just about every box on the option list, including AC, power everything and the Cross-ram 413-inch V8. Even at the time, it was somewhat unusual being a four-door hardtop wagon. The Cote’s car represents the third special class at this year’s Concours designated for previous Radnor Hunt winners. In 2011 it won the “Designs of Virgil Exner” class. 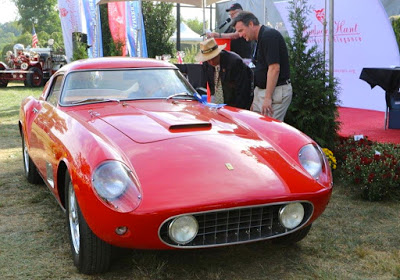 At the end of the Concours, two awards were presented symbolizing overall excellence. The first was for the Best of Show – Sporting Marque. Here receiving the award is Roy Bord and his ‘58 Ferrari 250 TDF. Originally a hillclimb car, it has been vintage raced for years. It benefits from a three-year restoration by Ferrari Classiche in Italy. 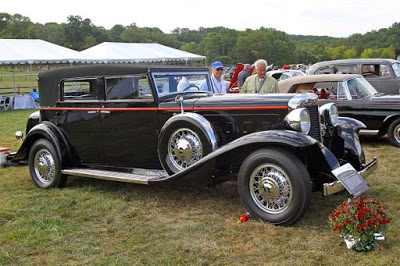 As the nation fell ever tighter under the grip of the Great Depression, demand dried up and automobile manufacturers like Marmon disappeared. Marmon made one last hurrah with its sixteen-cylinder line. Light, powerful and fast, the Marmon set a standard. Richard Driehaus showed his Convertible Sedan with LeBaron body and came away with Best of Show.

Special thanks to Mike Whelan and the Radnor Hunt staff for their assistance.