Our man on the track, Mike Matune, captures the essence of what racing is all about at Summit Point Raceway. 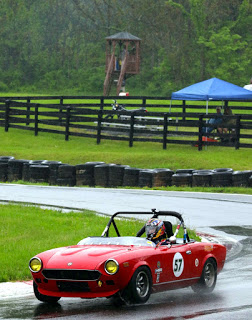 This year’s Jefferson 500 showcased the full range of Spring weather – from torrential rain to bright sunlight to driving wind against the backdrop of a vast range in temperature. None of that seemed to slow the VRG competitors who soldiered on through the various weather systems. Here Richard Schnabel winds his Fiat 124 Spider through a very wet Carousel while corner workers and spectators seek whatever shelter is available.

Chris Fennel’s Corvette leads Susan Kimmitt’s Porsche through Turn 6. Fennel’s Sting Ray is thought to be one of Dick Guldstrand‘s  “mules” used to test suspension components. It’s been prepared to period race specifications and has been awarded a Gold Medallion by SVRA for history and level of prep. The car is a veteran of the Rolex Monterey Motorsports Reunion. 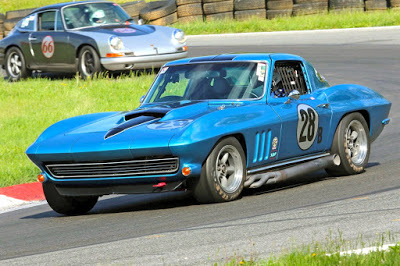 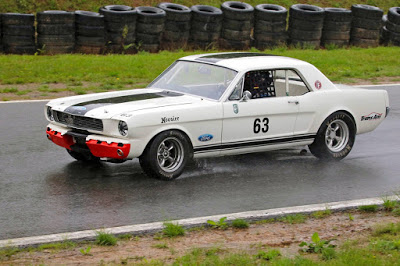 2016 marks the 50th anniversary of the Trans-Am Series, which marked a significant change in the SCCA as sedans and professional racing were added to an organization that previously had been staunchly aligned with amateur sports car racers. Robert Korzen’s ‘66 Mustang captures the spirit of the early days of the series. Built by noted Ford racer Walt Hane and his son Chip ( http://haneperformance.com/ ), its been raced for years. 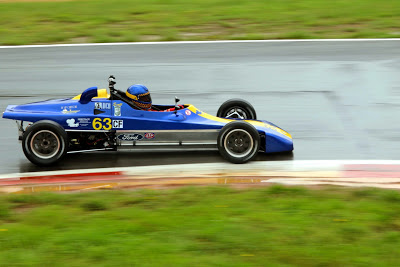 Among the groups sharing the Jefferson 500 was the Royale Formula Ford Challenge Group that brought a strong field of Historic, Club and Post-1981 Formula Fords. The Group will have present five race series this year to decide winners in four categories. Here Scott Nettleship clings to the inside of Turn 1 during one of the weekend’s “rain” events. 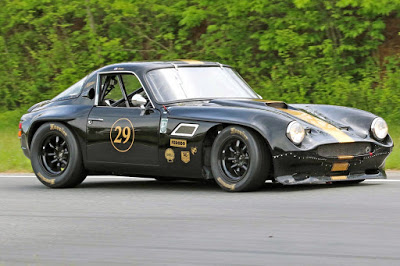 I have watched Chris Zappa take his immaculately prepared TVR around Summit Point for a few years. I thought something could be amiss when the pair seemed a little less smooth. A paddock visit brought the news from Chris that after issues with the English Ford “Essex” V6 previously used, they elected to replace the engine with a 302-inch Ford backed by a Jericho transmission. This was the car’s first outing in its new configuration and some teething problems surfaced. Knowing Zappa Racing’s penchant for preparation, I have little doubt the problems will be resolved shortly. 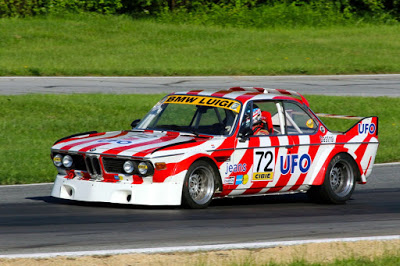 Clarke Ohstrom’s BMW 3.0 CSL is a UK-built clone of a car that originally competed in the ETCC (European Touring Car Championship). Making its U.S. racing debut, the car and its distinctive livery stood out. The car is similar to the CSLs that competed so successfully in IMSA racing. We wish Ohstrom the best with his new ride, shown here nearing the end of the run up from Turn 9 to Turn 10. 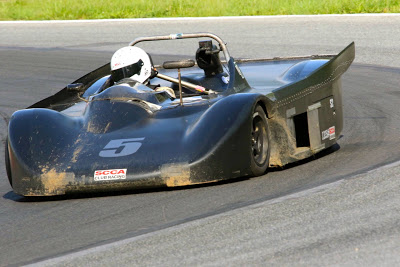 The Historic and Vintage sports 2000 racers put on a good show with a large field and close racing. It wasn’t always easy as shown by the condition of Ben Sinnott’s Lola T90/91. Parts of the track stayed wet as the rain abated making driving tricky. Even as the track dried, the remaining area remained soaked and extremely muddy, punishing any errors. I suppose Sinnott could use the mud splatters on his car to study airflow around his racer! 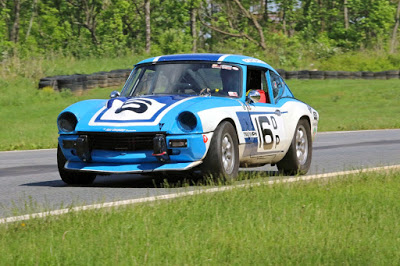 Access Motor Sports showed up with two Triumph GT6s; one a former Group 44 racer, the other a Kas Kastner car. They were real troopers, on track through all the weekend offered. Alas, their efforts weren’t to be rewarded as one car lost a wheel and the other suffered a differential problem sending my friends, the Dolans home early. 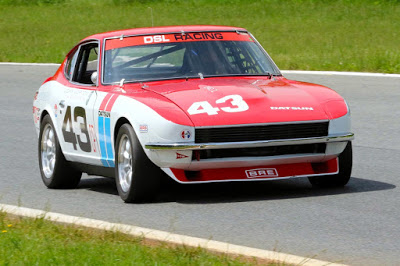 Steve LeBrun’s ‘70 Datsun 240Z has been a racer since new. After leaving the track and languishing for a while, it was found and carefully restored in the image of a period BRE. Power comes from a 2.8-liter 280Z engine, fed by triple side draft Mikunis. The front spoiler was called a “Spook” in the day as it combined the functions of a chin spoiler with air scoops for the front brakes. They are still available from Peter Brock, Brock Racing Enterprises http://bre2.net/ . 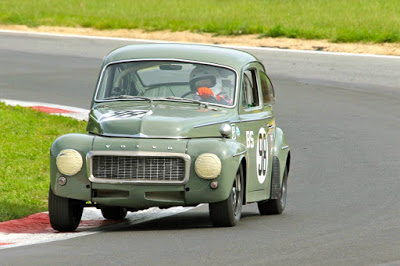 Here is a trivia question for you: Who finished last in the 1969 Sebring 12 Hour? The answer is Ron Polimeni and Bob Theall in this Volvo PV 544. In a story long on incredible coincidences, the two ended up competing and finishing the Twelve Hour. This weekend Ron and his son, Nick, shared the Volvo and had a great time returning the old stead to the racetrack.

Special thanks to Becky at Summit Point for her help with credentials; to all the competitors and friends who made it a most enjoyable weekend.