Skip to content
Stephen Cox blogs about stolen Shelby engines and the one in Brad Brooker’s GT350 Mustang racer that almost led to an arrest! 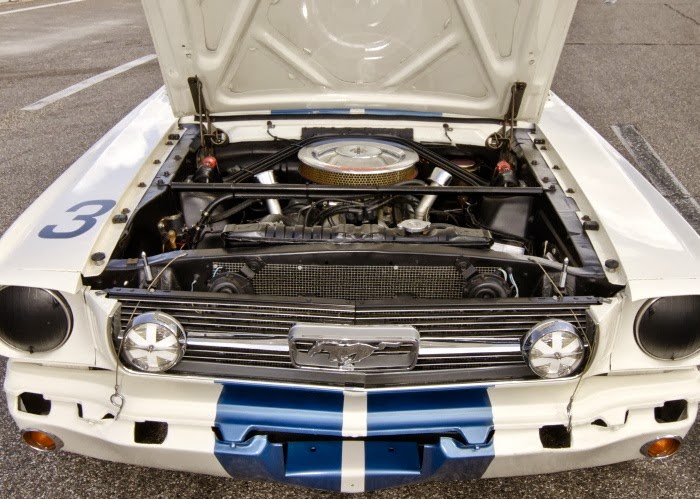 A good Shelby-built 289 engine was a coveted item in the mid-1960s. Many were stolen out of the legendary Hertz Shelby GT350-H “Rent-a-racers.” They left the rental lot on Friday with a High-Performance 271-horsepower 289-cubic-inch V8 and returned on Monday with a garden variety 289 that appeared nearly identical. Rumors also abound of Shelby engines that were ordered for competition only to end up on the black market, or standard hydraulic-lifter 289s that were sold as Shelby racing engines. But certainly not all of the stories are true.

In late-1968, Kansas club racer Brad Brooker was judiciously budgeting his resources and saving his best equipment for the SCCA Runoffs at Riverside International Raceway.

Brooker was faced with a tough decision – should he try to win the SCCA Nationals at Lake Garnett on July 28, or stay home and save his only Shelby engine for the Runoffs in August? Tough choice. His Shelby Mustang GT350 was a front-running car and would have a real chance to win the race held just a few miles from his home. Brooker decided to stay home. 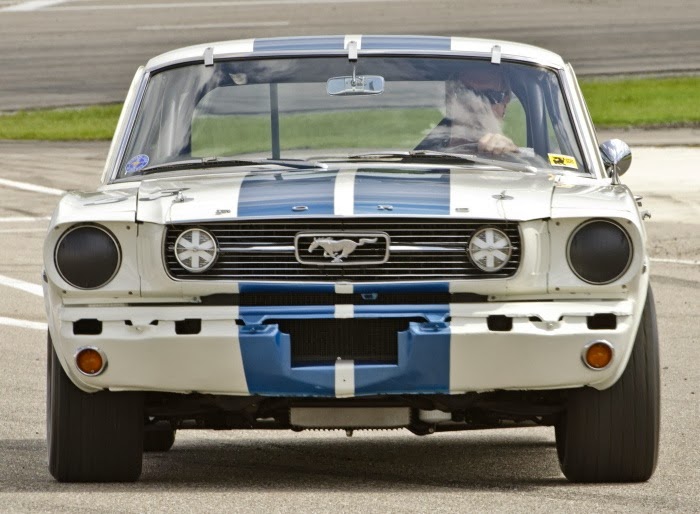 But the political climate changed dramatically just days later when famed Chevy builder Don Yenko decided to enter a trio of Corvettes at the Lake Garnett event, which, ironically, had
just named Carroll Shelby its honorary grand marshal. It was Shelby who would be
presenting the trophies in victory lane.

Yenko took several verbal shots at Shelby, asking if he was going to enjoy awarding the
Lake Garnett race trophy to a Chevy driver. To Carroll Shelby, that was more than
sarcasm. It was an act of aggression!

So Shelby was pleased when Brooker changed his mind and entered his GT350 Mustang at
Lake Garnett, and even more pleased when he won the race over Yenko’s Corvettes. Eternally relieved that he didn’t have to suffer the humiliation of awarding the winner’s trophy to a
Chevy team, Shelby approached Brooker after the race to ask if there was anything
he could do to show his appreciation.

“Yes, as a matter of fact, there was,” Brooker explained. “I just used up my only good engine and had nothing available for the Runoffs.” Shelby told him not to worry, he would have a new engine sent out immediately. Two days later a big crate arrived at the Wichita Air Depot. Brooker called his mechanic, Charlie Wright, and told him to take his truck to the airport and pick it up. Wright looked inside and saw a dyno sheet attached to a Shelby-built small-block engine. It showed an unbelievable rating of 442 horsepower. It was like a gift from heaven.

On Sunday morning, August 4, 1968, Brooker’s team was at Riverside International Raceway preparing for the long-anticipated SCCA Runoffs when John Dunn, chief engine builder at Shelby American, stopped by their pit.

For some odd reason, Dunn didn’t return the team’s greetings. In fact, he acted downright rude. He looked under the hood of Booker’s GT350, and then angrily stormed away without saying
a word. Strange. Very strange. 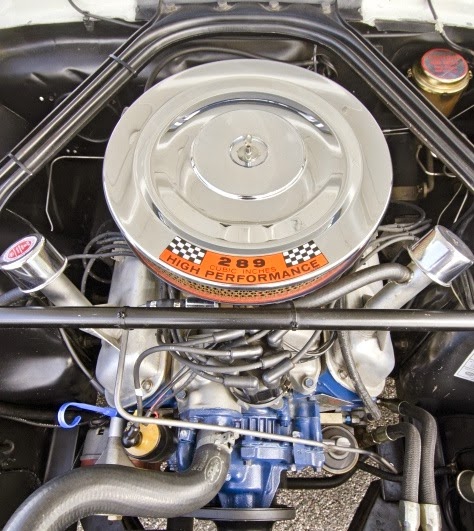 Things got even weirder minutes later when Shelby’s Director of Competition, John Timanus, arrived at Brooker’s pit. His mood was even worse. Timanus looked under the GT350’s hood and launched into a tirade, claiming that a smarter thief wouldn’t have brought a stolen engine to the Runoffs to begin with. Surely they knew that it was the first place they would look. Brooker’s team
was at first astonished, and then they
busted out laughing.

Timanus was furious now. He sternly warned them that this is a serious matter and that John Dunn has already left for the local Sheriff’s office to get a warrant for their arrest. This only caused them to laugh even more hysterically.

Brooker’s team had figured it out. In the aftermath of Brooker’s Lake Garnett victory, Shelby had apparently gone back to his shop, handpicked the best 289-cubic-inch V8 available and shipped it straight to Wichita as a gift of gratitude to Brad Brooker. But he never bothered to tell John Dunn, his own Director of Competition!

Certain that the “stolen” engine would be found at the Runoffs, Dunn had traveled to Riverside to track down the missing motor. Timanus finally realized the mistake and hurried off to prevent Dunn from showing up with the police and making a complete fool of himself. By day’s end, Dunn & Timanus had rediscovered their senses of humor and were enjoying a good laugh.

So yes, plenty of Shelby engines have been stolen, pilfered or pawned off over the years as something they weren’t. But Brad Brooker’s wasn’t one of them.

One day, all the great little stories from those incredible days of American road racing will be gone, along with those who lived them. Maybe we can preserve a few of them in writing
before it’s too late. Many thanks to Charlie Wright, a mechanic on Brooker’s team, for
his help preserving this one.