Skip to content
‘An Extraordinary Supercar that takes the fight to the best in the world,’ says CAR magazine’s Ben Barry after driving the latest from Horacio Pagani. 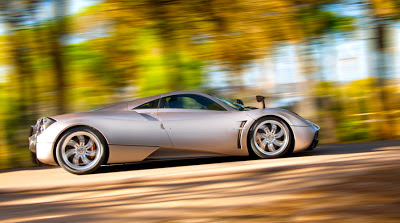 The Huayra, made from more than 4,000 components, engine and gearbox not included, comes from the fertile mind of the man who rocked the Supercar world with his Zonda.
Project name C9, the Huayra concept was born in 2003, the same year that Pagani
introduced the Zonda S Roadster. 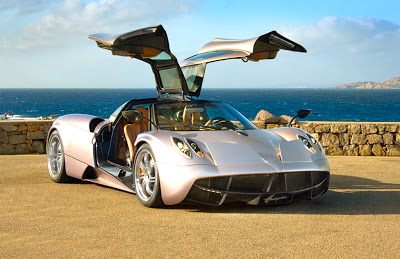 With an active suspension in the front, there are four flaps to optimally balance the Huayra’s drag coefficient and downforce. The less air the car has to push, the less horsepower is needed to reach incredible top speeds. Its 6-Litre Mercedes-AMG (M158) V12 with twin turbos puts out over 700 horsepower. Weight distribution is 44% front and 56% rear. 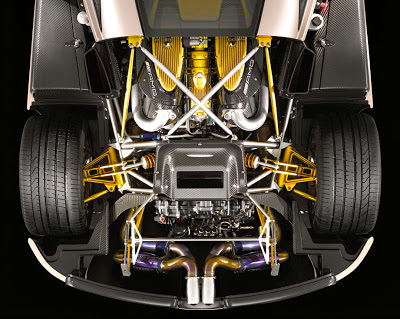 Essentially a road car with over-200-mph capability, the Huayra has the honor of being the fastest road car ever track tested by TOP GEAR’s Stig. Fitted with an AMT-robotized, transverse mounted sequential seven-speed, it offers specific programs for all types of driving. 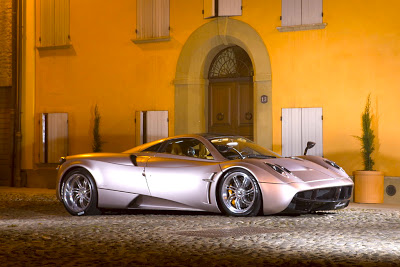 To go along for a ride with Ben Barry, check out http://www.carmagazine.co.uk/Drives/Search-Results/First-drives/Pagani-Huayra-2013-CAR-review/